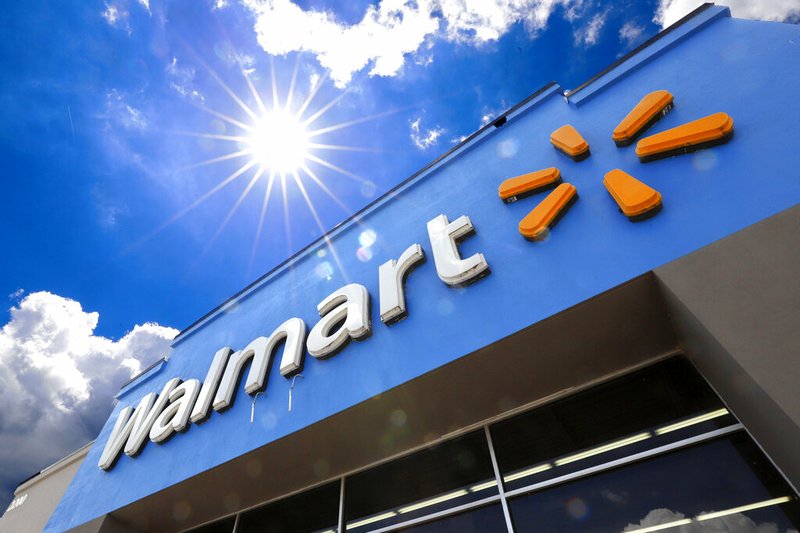 PEA RIDGE -- The first step in construction and use of a drone launch pad at the Walmart Neighborhood Market was taken as city planners approved requests from Walmart and Zipline on Tuesday night.

Benoit Miquel, project manager for Zipline, the company partnering with Walmart, presented the proposed project that includes construction of an elevated launch pad on the northwest corner of the Walmart store on Slack Street. The platform is planned to be 25 feet high.

"The idea is that a customer places an order on an app," Miquel said. "The customer is kept aware of the location of the package and notified when it's about to be delivered.

"That's the delivery experience we want to bring here and start off here in Northwest Arkansas. That's something people have been wanting for a while," he said.

He said the project is focusing on "health and wellness" and "off-the-shelf items."

Pea Ridge's city building inspector asked whether the service will be a subscription service offered by Walmart.

"That has yet to be determined," Lindsey said. "All of this is so new."

The drone, which Miquel referred to as a "zip," is fully autonomous, electrically powered and has a 10-foot wing span.

He said communication with local air traffic controllers is essential and permission to launch will always be requested.

"The zips follow predetermined routes," he said, adding there are no cameras on board the zips, which can carry up to 3.9 pounds. "Total weight with a package is 45 pounds."

"All critical systems have redundancy," Miquel said, in answer to questions from city officials. "We have an emergency parachute which allows landing softly -- an alternative landing."

Flight altitude will be 300 to 400 feet and said the noise level is loudest at launching, but will not be loud enough to be distracting to nearby residents.

Landing is similar to an aircraft carrier with the zip being caught with a landing line.

Planning Commissioner Greg Pickens, who flies drones, said the likelihood anyone would be able to hear the noise from the fixed-wing drones is minimal, unlike the noise created by "quad copters" like drones most people use.

Miquel said the zips fly "under the speed which could impact birds. We're not subject to bird strikes."

The target date depends on regulatory approval, saying once the building permit is issued, construction could take two to three months. Miquel estimated the start date as "sometime between now and the close future."

Zipline is a "drone logistics company" based in south San Francisco with 400 employees globally, Miquel said. The company has a site in Kannapolis, N.C., a research site in California and sites in both east and west Africa.

Walmart began testing drone delivery of groceries and household goods in Fayetteville, N.C., in September, partnering with Israeli drone delivery firm Flytrex. Its drones can carry up to 6.6 pounds for 3.5 miles, cruising at 32 mph at an altitude of 230 feet.

Then in late September, Walmart started a pilot project in North Las Vegas using drones to deliver covid-19 self-collection test kits to customers' homes. Walmart added Cheektowaga, N.Y., to the program in October. The retailer is working with drone services provider DroneUp for the trials.

The company said, if the trials are successful, it will look to expand the use of drones to other areas.

The Arkansas Democrat-Gazette’s Serenah McKay contributed to this report. Annette Beard may be reached by email at abeard@nwadg.com.