IN THE GARDEN: Take samples of removed plants to identify issue and course of action 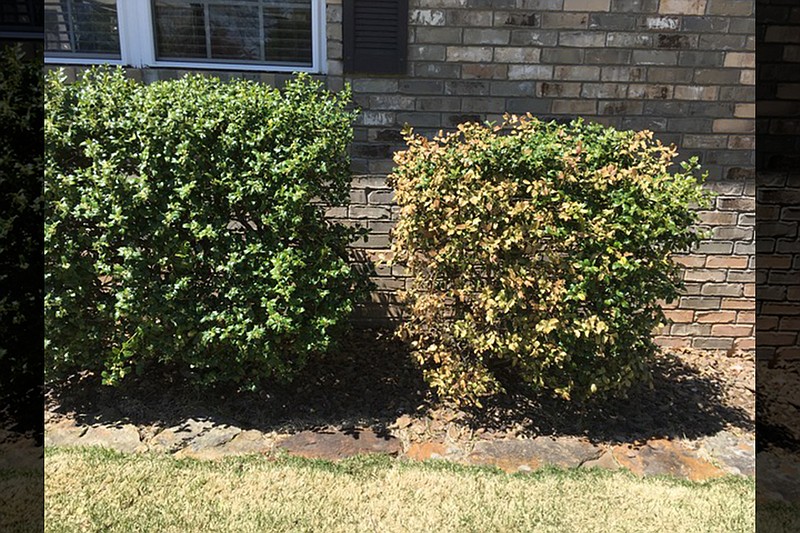 Before planting new shrubs in the site where these hollies suffered, it's wise to diagnose the problem. (Special to the Democrat-Gazette)

Q I live in Northwest Arkansas. After three years of unsuccessfully fighting scale and what I think is web blight fungus on the hollies in front of our house (eastern exposure), I have finally given up and decided to pull them out. I think the hollies have been there since the house was built in 2004. We corrected the overwatering from the irrigation system; I sprayed with horticultural oil whenever I saw scale, and applied a fungicide repeatedly, which all helped, but the shrubs are not thriving. I would like to replace them with Fire Power nandina, which do well in another area of the yard and would not require much pruning, although I would consider another easy-care evergreen if you have suggestions. What should I do to prepare the area for the new shrubs to avoid recurrence of the fungus? Should I plant them in spring or fall? Do I need to replace the top layer of soil below the layer of stones?

A I am hoping you haven't pulled all the plants yet. Before you decide a course of action, take a sample of the bad hollies to your local county extension office. You want a couple of branches, preferably at a transition area from really bad to pretty good. Since you are digging them up, take a sample of the roots along with the branches. This sample can go to the disease diagnostic lab to properly identify your problem. If there is a root rot, then you will need to take corrective measures. Many diseases are host specific, but poor drainage or root problems can be universal. Once you get a report, you can decide whether there is any need to prepare the planting site. I think a bit of diversity would be good. I see a Sky Pencil holly at one end. Fire Power nandinas are beautiful in the winter but merely green in the summer. There are quite a few variegated varieties of abelia on the market with varied mature heights. They have small white flowers all summer, but the variegated forms give you color longer. They are semi-evergreen, shedding some foliage in the coldest winters. You could also use a variety of Taxus or yew in Northwest Arkansas that does not do well in the southern part of our state. Some deciduous options include Ninebark or Sweetspire. Good Luck! 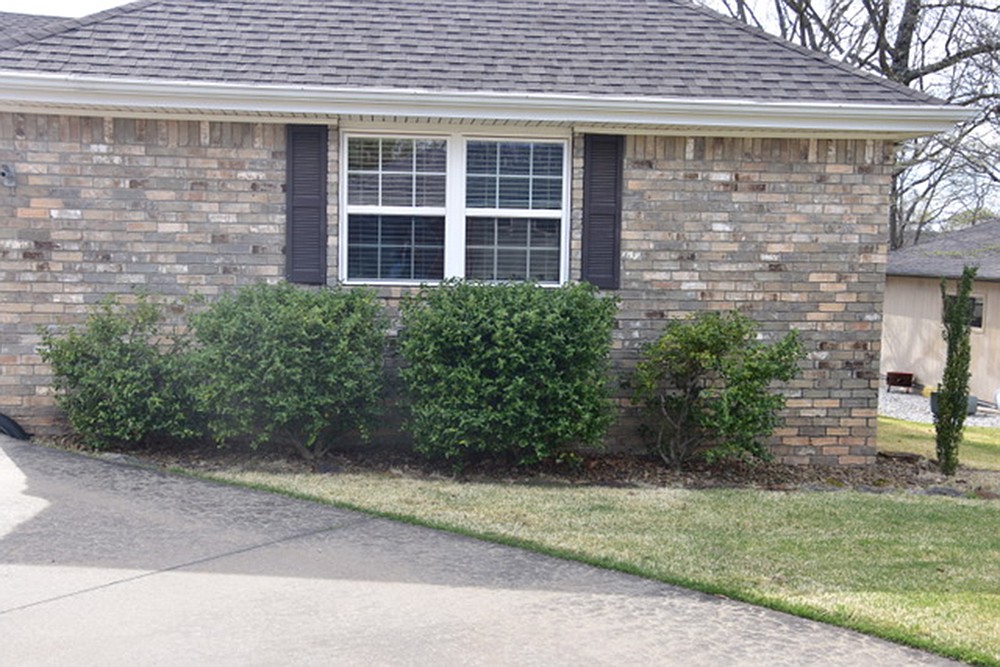 Despite the homeowner's efforts, these hollies are not thriving. (Special to the Democrat-Gazette)

Q I'm a regular reader of your column and have learned a lot from it. I have a curiosity question. I have a Southern magnolia that came up voluntarily from seed. It's now a good-looking young tree about 14 feet tall but has yet to bloom. The leaves are olive green. Other, similar trees that I have seen around town seem to have leaves that are much darker, almost a greenish brown. Could it be that these are different varieties of magnolia?

A If there are hybrid Southern magnolias in your area, the resulting seeds will grow a magnolia, but there may be some diversity to the plant. It is not unusual for a true Southern magnolia grown from seed to take eight to 10 years before it begins to bloom. Once you have blooms, you should have them every season thereafter.

Q I just got this dracaena back from its temporary keeper who did not take care of it these last few years while I moved down here. How can I prune and shape this to get it under control without killing it? 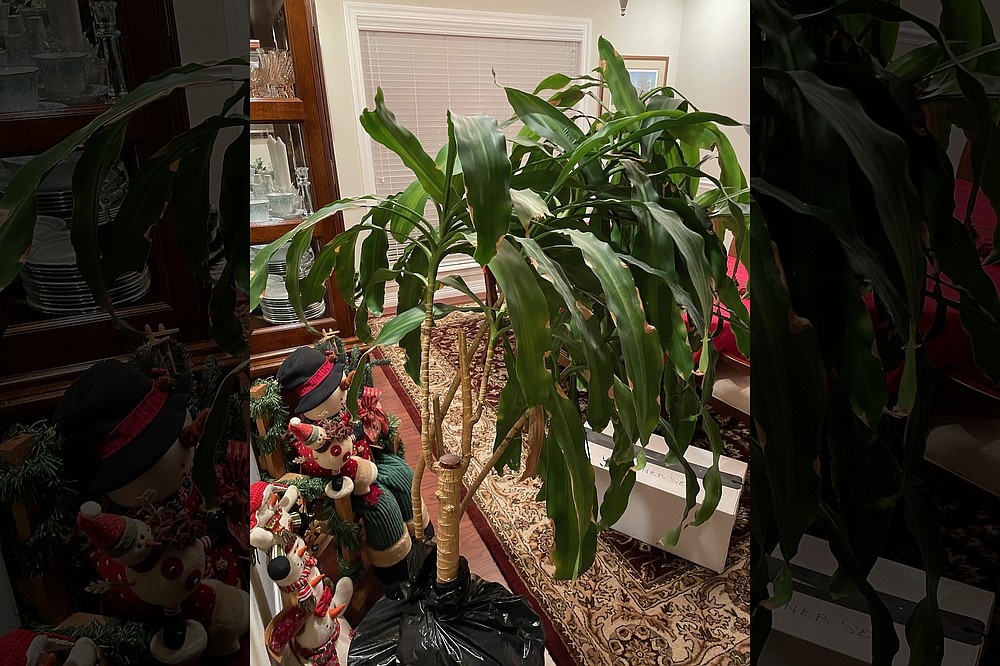 Corn plants can be reshaped by pruning away unwanted branches. (Special to the Democrat-Gazette)

A I assume the corn plant has some sentimental meaning to you, so you want to make sure it survives. It has four or five branches sprouting off the main trunk, so I would prune the main trunk immediately below the top two branches, leaving the bottom two for food production, temporarily. If you want more plants, you can root what you cut off. The plant should produce two new branches at the top. When they begin to fill in and look "like a plant" again, then cut the bottom branches off, and you should be good to go.

Q A friend dug up a small Japanese maple seedling from her yard and gave it to me for Christmas. I love Japanese maples. It is in a 6-inch pot. I have it on my covered patio out back. Is it OK to leave it in the pot outside until spring or do I need to bring it inside? When should I plant it?

A If you know where you want it to grow, plant it when you have the time. It will be much happier and hardier in the ground than in a container. Even though it won't be sprouting out leaves until spring, it will start to grow roots when planted. If you aren't sure where to plant it, then leave it in the container, outside. Water if it gets dry, especially before a cold snap. It would not be happy indoors.

Retired after 38 years with the University of Arkansas Cooperative Extension Service, Janet Carson ranks among Arkansas' best known horticulture experts. Her blog is at arkansasonline.com/planitjanet. Write to her at P.O. Box 2221, Little Rock, AR 72203 or email jcarson@arkansasonline.com.