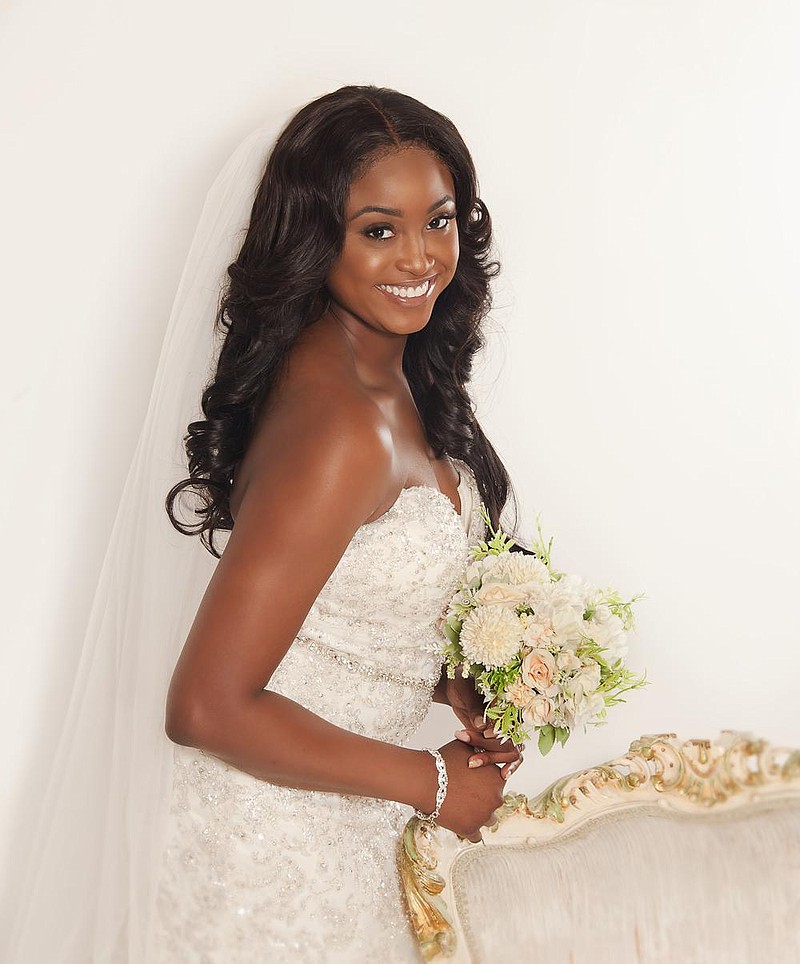 Wedding vows were exchanged by

Ariel Nicole Wilson and Cameron Rashad Thorns at 7:30 p.m. Thursday, Dec. 31, in the Chapel at the Venue at Oakdale, Sherwood. The ceremony was officiated by the Rev. Maron V. King.

Tall candelabra set in beds of blush pink rose petals lined the aisle. A canopy of white draped chiffon at the altar was held with bouquets of white and pink wedding flowers.

The bride, given in marriage by her father, wore a fit-and-flare gown with a sweetheart neckline embellished with bead encrusted lace. The skirt extended to a cathedral-length train. She carried a cascade of white orchids, pink hypericum and blush and pink roses.

Guests were seated by Kameron Buie of Rogers, Evan Gilliard of Little Rock and Jaylen McDaniels and John McDaniels of Jackson, Miss.

The bridegroom also attended UAPB and is a customer care representative with Centene Corporation.

The couple will make their home in Little Rock after a honeymoon in Malibu, Calif.