TELEVISION: Eight shows to help us deal with this so-called life 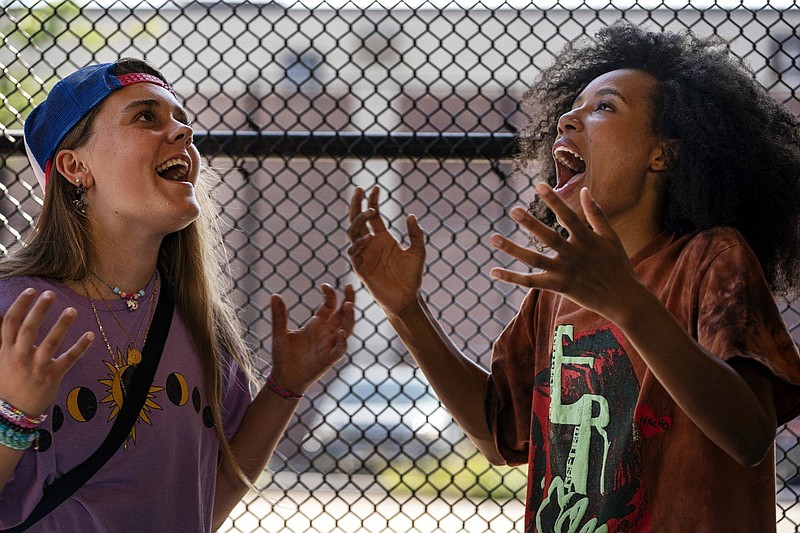 Despite the unprecedented challenges of 2020, there are a few things from last year we won't mind taking into the new one — amplified appreciation for essential workers, the thrill of small victories, hope for a better future, a solid reading list, Dionne Warwick's Twitter account.

These eight TV shows also fit the bill. Check them out if you haven't already (or revisit them).

Ethan Hawke earned rave reviews for his turn as combative abolitionist John Brown in this Showtime miniseries, adapted from James McBride's 2013 novel of the same name. Hawke and co-creator Mark Richard take an irreverent and comedic approach to a dark and pivotal period in American history while subverting the White-savior trope that too often defines pop-culture takes on slavery.

"How To With John Wilson" (HBO)

John Wilson's New York City-focused docuseries (produced by Nathan Fielder of "Nathan for You" fame) ended up on a fair amount of year-end best-TV lists. It's a fitting accolade for the show's behind-the-camera host, who infuses his coverage of mundane topics — ranging from small talk to making risotto — with humor, pathos and money quotes from New Yorkers. Wilson begins an episode on scaffolding (dubbed "the best half-hour of comedy in 2020" by the New York Times) with this macabre bon mot: "Everyone in New York is going to die, but sometimes the city tries to stop that from happening."

This HBO dramedy, a spinoff of the 2018 film "Skate Kitchen," follows a group of young women who find freedom and a mission — to dismantle the patriarchy — while navigating New York City's male-dominated skateboarding scene.

This animated comedy (featuring Kaley Cuoco as the voice of Joker's erstwhile other half) introduced Sanaa Lathan as Catwoman in its second season, which premiered early last year. It's a lively, smart and decidedly not-for-the-kiddos take on one of the DC Universe's most intriguing antiheroines.

Bronx-bred duo Desus Nice and the Kid Mero broke the late-night model on Viceland before taking their raw, insightful (and hilarious) commentary to Showtime in 2019. Amid a global pandemic, racial-injustice protests and an election year like no other, the pair's voices proved more essential than ever in the show's second season.

Last year's lineup of illustrious guests was as dynamic as ever — with rapper Saweetie, chef Jose Andres, Anthony Fauci and Barack Obama among them — highlighting the show's range of perspectives and pop-culture savvy. Showtime smartly greenlit the third season, set to premiere at the end of January.

This 19th-century period drama is as extravagant as one might expect from Shonda Rhimes and her collaborators (including series creator Chris Van Dusen). It's not exactly under the radar — nothing gets social media talking like a Shondaland production — but the show's Christmas Day launch still may have eluded you. The series follows the drama and romantic exploits of British high society, with a sharp-witted gossip columnist voiced by Julie Andrews serving as our irreverent narrator. Honestly, what could make for a better post-2020 binge?

Issa Rae's HBO dramedy had an unusually long hiatus after its third season, which aired in 2018. The show's understated fourth season, which premiered last April, proved it was worth the wait. "Insecure" was sharper, sometimes achingly so, in its portrayal of young Black adulthood. Though Season 4 zeroes in on a particularly awkward (and relatable) stretch for Issa, Molly et al., the series itself is as assured as ever.

Katori Hall's drama about the employees of a Mississippi Delta strip club premiered to widespread acclaim in July. There's enough, well, drama to go around, but the show (based on a play by Hall) balances its soapy moments with social consciousness and gravitas. "The show excels at both tawdry entertainment and meaningful moments of character study — a reminder that premium cable can toggle between romp and reflection," The Washington Post's Hank Stuever wrote in his glowing review of the series.