Santana's success builds him a home 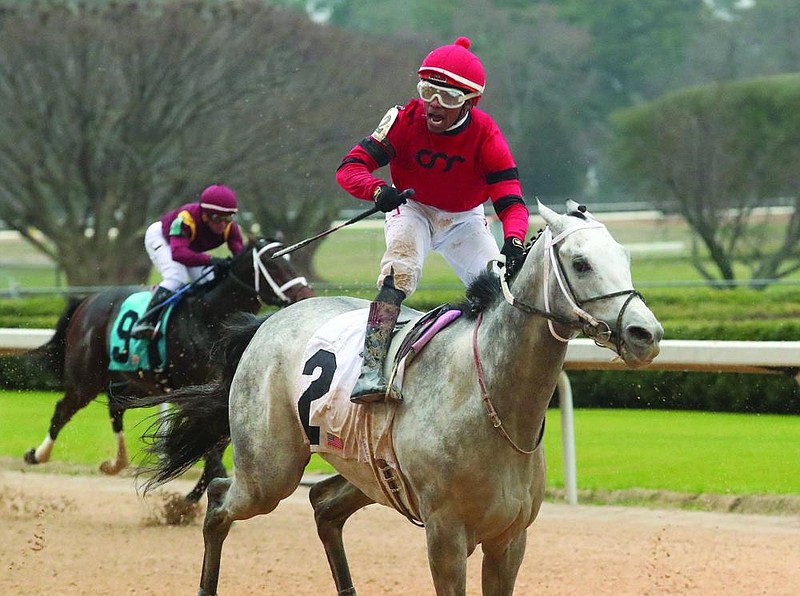 HOT SPRINGS -- Ricardo Santana decided as a child in his native Panama that he wanted to ride racehorses for a living.

As fans and horsemen at Oaklawn Racing Casino Resort know, he made a good career choice.

His agent, Ruben Munoz, said he knew after his first meeting with Santana in Panama City in the winter of 2009 that the young rider had the quality of confidence that's common with success.

"He told me I was going to be proud of him one day, and he's accomplished that," Munoz said. "He's always had that drive that some are born with. He always had that. I didn't instill it in him. He always wanted to excel in his career."

"He said, 'I got someone who I think is special, and I would like for you to come here to Panama to meet him,' and that's what I did," Munoz said.

Santana, 28, displayed talent from the start of his riding career, begun at Delaware Park Race Track in Wilmington, Del., on Sept. 15, 2009. He won his first race by 1 length six days later on a $15,000 5-year-old claiming mare named Sprint Queen over 5 furlongs. Coincidentally, jockey David Cohen rode Real Dilemma, the 3-2 favorite, to a third-place finish in that race. Cohen is the only other rider to win an Oaklawn riding championship since Santana's Hot Springs dominance began in 2013.

Santana has ridden 1,492 winners in 9,217 starts for earnings of $82,836,182. His mounts have won 68 graded stakes races, including Breeders' Cup wins by Fire at Will in the 2020 Juvenile Turf and Mitole in the 2019 Sprint. In addition to riding titles at Delaware Park, Keeneland Race Course and Churchill Downs in Kentucky, Santana has won seven Oaklawn riding championships. He won six consecutive from 2013-18, then his seventh last season.

Though he has ridden primarily from the Oaklawn barn of Hall of Fame trainer Steve Asmussen, he spoke of trainer Ron Moquett as an early mentor. He said Moquett was similar to a father figure in his maturation as a rider.

"I'm really blessed to win for Moquett," Santana said. "I love him like my dad. He's really a big part of life with everything he does for me."

Santana still frequently rides for Moquett, with four graded-stakes wins on champion sprinter and Moquett-trained Whitmore. With Santana aboard, Whitmore won the Count Fleet in 2017 and 2018; the Grade III Maryland Sprint Stakes at Pimlico in Baltimore in 2017; and the Grade I Forego Stakes at Saratoga Racecourse in Saratoga Springs, N.Y., in 2018.

"He has a lot of ability," Moquett said of Santana. "You could see he was a good rider early. Luckily, being with Steve Asmussen and such a wide array of horses, he's gotten to learn how to ride them and better quality horses. His technique has gotten better. He's more of a professional all the way around.

"His evolution has been crazy, from seeing him as this little 15-year-old kid who didn't speak any English or trust anybody to somebody now who's got that bright smile and has a reputation really of being one of the top riders in the industry."

Santana said he was uncertain about which track would best suit him after his career start in Delaware, but Moquett -- who then had a barn at Delaware Race Track -- persuaded him to give Oaklawn a chance. Santana said Moquett's advice was all he needed.

"I never heard anything about Oaklawn until Moquett told me about it," Santana said. "He was teaching me good, and I said, 'Wherever you train horses, that's where I'm going.' ''

Santana said he is not satisfied with his level of success. His primary goal is to ride a Kentucky Derby winner.

"I have a bunch of goals still," Santana said. "I want to win a Kentucky Derby. That's one of my goals, but I take it day by day."

He has had five Kentucky Derby mounts, with a best finish of eighth on Plus Que Parfait in 2019.

"When I first got there, I really didn't know that much about racing because I was really young," he said. "All I was really doing was working, and Moquett started finding me different trainers to work with, and I started liking it there.

"You know, it was the first track that really opened the door for me, Oaklawn Park. When I'm there, everyone treats me right. I feel like that's home for me." 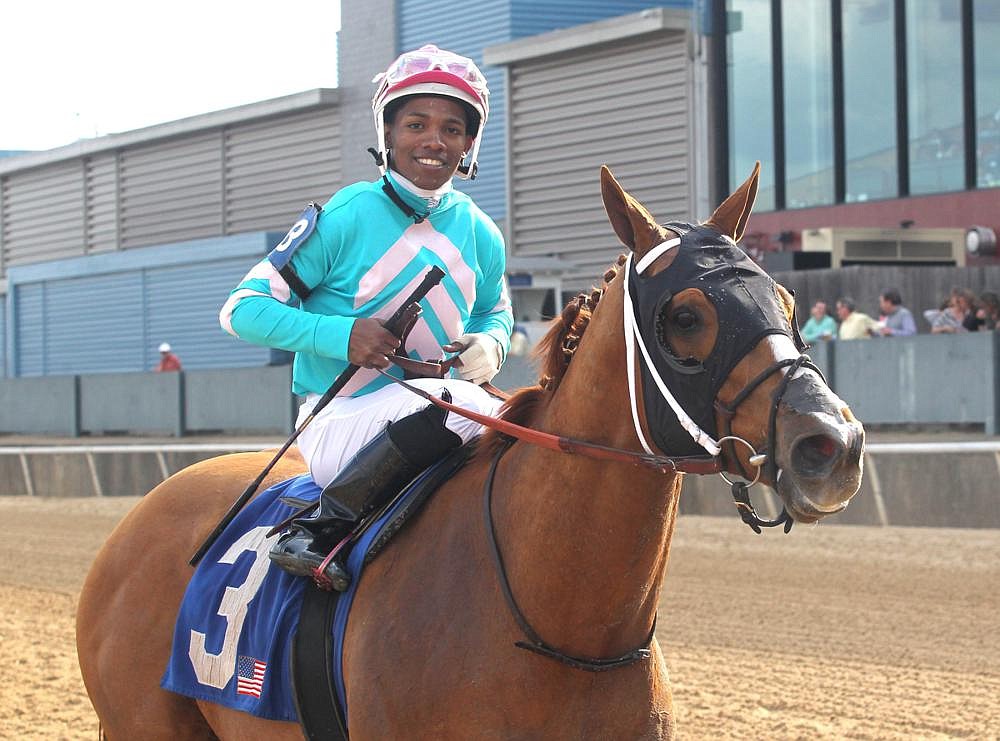 Ricardo Santana said Oaklawn and Hot Springs feel like home to him. “When I’m there, everyone treats me right,” he said. (The Sentinel-Record/Richard Rasmussen)
ADVERTISEMENT