With bookstore plans delayed by virus, woman opts for garage 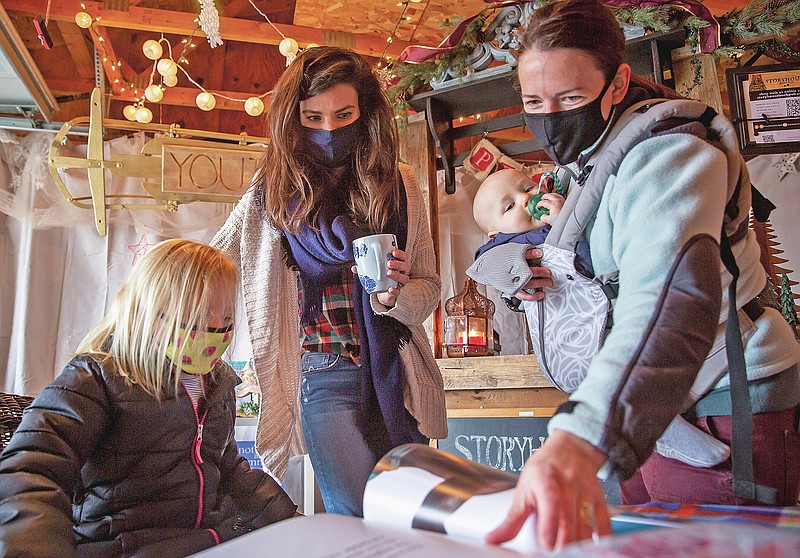 Abbey Paxton hosts Megan Austin and her children Cora, 4, and Levi, 8 months, for a private shopping appointment at Storyhouse, a book store in the garage of her Windsor Heights home Wednesday, Dec. 23, 2020. (Zach Boyden-Holmes/The Des Moines Register via AP)

WINDSOR HEIGHTS, Iowa -- As Santa and Mrs. Claus were escorted through Windsor Heights on the back of a fire truck to the tune of Christmas songs on a late December morning, there was a line stretching onto the sidewalk outside of Abigail Paxton's garage.

For the past three weekends, whether it was 60 degrees or 30 degrees and snowing, Paxton opened her garage to book lovers for a holiday book market, accompanied by local vendors that supplied coffee or pies to shoppers.

For a few weeks, her makeshift open-air bookstore, operated under her LLC Storyhouse Bookpub, filled a void left behind when other local bookstores, including Beaverdale Books, shut their doors to in-person shopping due to the covid-19 pandemic.

Though the holiday market ended, Paxton has plans for the future.

Originally from the Fort Dodge area, Paxton began Storyhouse Bookpub shortly after moving back to Iowa after living in Denver for the past eight years.

A former high school and middle school English teacher, Paxton worked in a bookstore in Colorado while she got her master's in creative writing at Regis University. It was meant to be a temporary job. Instead, it was where she gained experience and found her passion.

"It ended up being something I did for five years and (I) just really learned to love the industry and the community that can come together around a bookstore," she said.

When she moved to Windsor Heights in January, she decided she wanted to open her own bookstore. She received the LLC in March, and then the pandemic hit.

"A funny time to start a bookstore for sure," she said.

Paxton wasn't deterred. She decided to start small and gradually with a little free library in her front yard. Around Halloween, she held a book swap event for the little library. She received hundreds of books and had a large turnout after pushing the event on social media and telling her neighbors.

"That was really encouraging to see that people were looking to come together around books, which is what I was hoping to find here," she said. "That kind of gave me the idea to do these first sales events."

Spurred by that success, the first weekend of December, she opened her garage to customers with new and used books available to purchase. She also invited children's authors to hold story times at 11 a.m. and read to kids.

"Since it's a pandemic and people are doing weird things that they maybe weren't doing before I thought it might actually be a nice safe way to come out and shop and do something fun and festive with your family," she said.

Though the holiday market is over, Paxton will offer private shopping sessions for individuals or groups through Wednesday. Customers can email hello@storyhousebookpub.com to make a half-hour appointment between 5-8 p.m.

She also has plans for more pop-up events in the future and an eventual brick-and-mortar location. For now, though, she said her garage bookstore has been a good way to get to know the community before making the leap to a permanent location.

"I'm always on the lookout for more whimsical events that can bring people together so I think definitely through the spring we'll keep looking at doing outdoor pop-up events and maybe some other things too," she said.

Customers can also find Storyhouse Bookpub in Valley Junction, where Paxton has a semi-permanent location selling children's books inside the shop Momere. 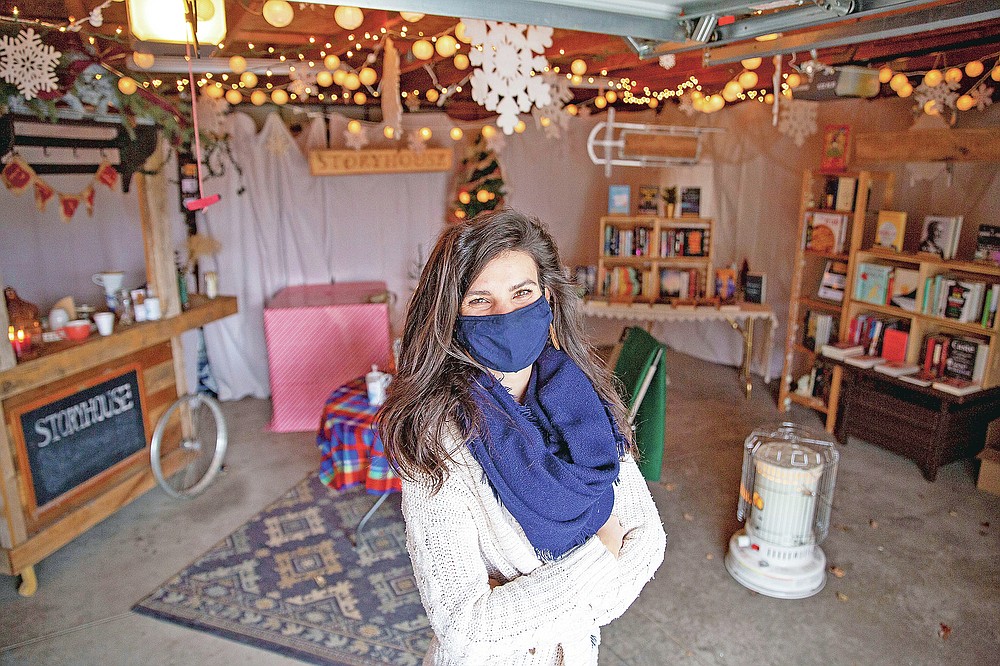 Abbey Paxton stands for a photo at Storyhouse, a bookstore she opened in the garage of her Windsor Heights home Wednesday, Dec. 23, 2020. (Zach Boyden-Holmes/The Des Moines Register via AP) 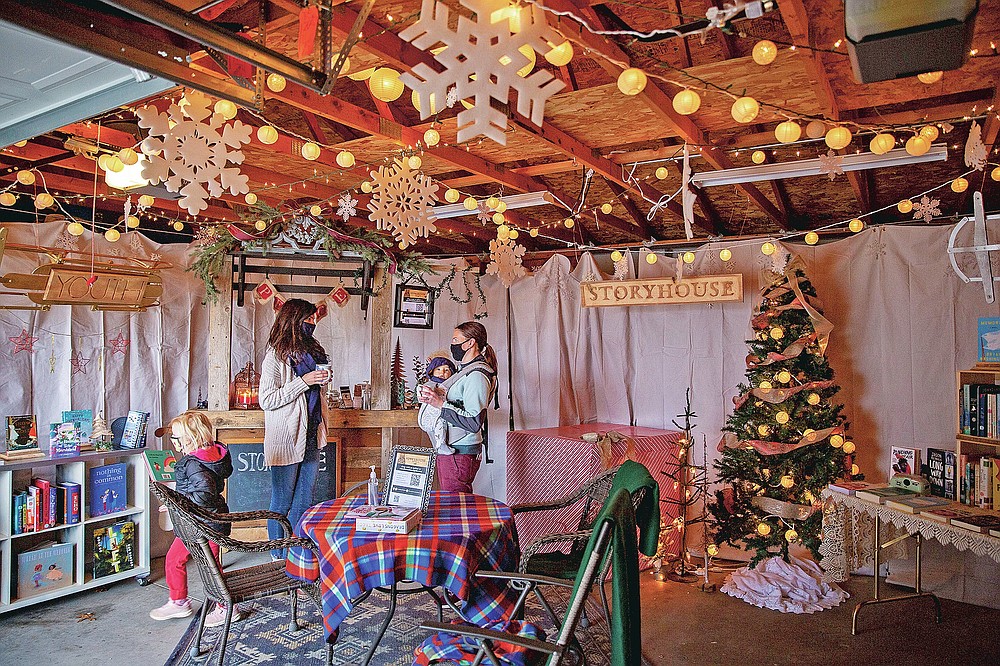 Abbey Paxton hosts Megan Austin and her children Cora, 4, and Levi, 8 months, for a private shopping appointment at Storyhouse, a book store in the garage of her Windsor Heights home Wednesday, Dec. 23, 2020. (Zach Boyden-Holmes/The Des Moines Register via AP)