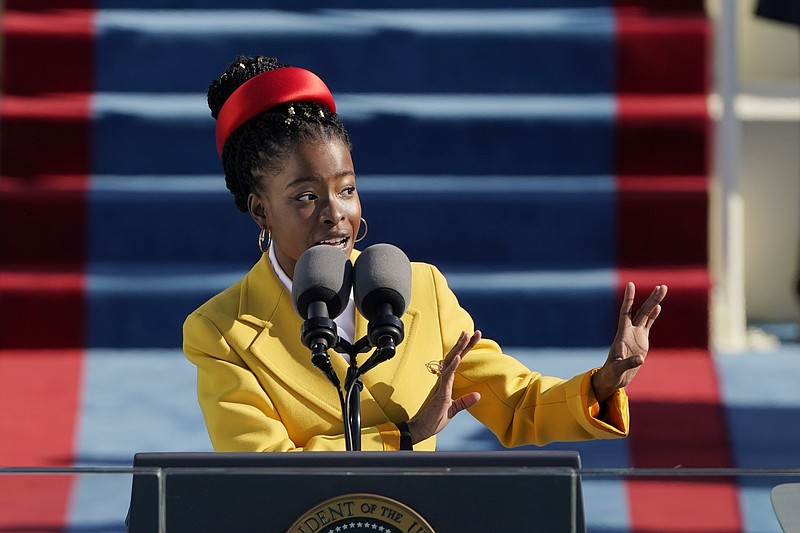 America manufactures sweethearts every few seasons; they are invariably young and pretty women who seem to have come from nowhere to capture our imagination at just the right instance. They can be sports stars like Mary Lou Retton, Chris Evert or Gabby Douglas, or movie stars like Mary Pickford, Shirley Temple or Meg Ryan. Some of them fade away after a few months or years; others remain indelibly imprinted on our collective imagination.

Amanda Gorman is the latest model. Her reading of her poem "The Hill We Climb" at the inauguration of Joe Biden 11 days ago broke open the world for her, sent sales of her books skyrocketing, filled up her phone with congratulatory texts and alerted the world of her intention to seek high office herself in 2036, a candidacy for which Hillary Clinton has Tweeted her support.

[Video not showing up above? Click here to watch » https://www.youtube.com/watch?v=LZ055ilIiN4]

In this moment it might seem that everyone loves Gorman, and that her future is as assured as it is bright. But we know the public has a tadpole's memory, and that maybe 20% of the human population is reflexively soreheaded about whatever is new and bright and seemingly wholesome. If people can bring themselves to hate Greta Thunberg, you can be sure there are those who are this moment scouring the web for oppo research on Gorman. Still, there is a good news story here, about a young girl — a young Black girl, it is still important to note — with an auditory condition that makes her extraordinarily sensitive to noise, who overcame a childhood speech impediment, who was inspired by the Pakastani activist (and youngest Nobel Prize laureate) Malala Yousafzai, who made good grades and learned not only to write well but to perform her words in such a way as to move the hearts of at least those of us most susceptible to hope.

"We are striving to forge our union with purpose," she declaimed. "To compose a country, committed to all cultures, colors, characters, and conditions of man."

In the moment, it hardly matters whether "The Hill We Climb" was technically a good poem or not.

I would argue it was a "good poem," though it's more a song than a poem in that absent Gorman's performance, the piece loses a lot of flavor. But that only puts it squarely in the tradition of not only the African oral tradition but of poetry that is meant to live more in the air than on the page, which counts for most of the stuff that matters to most people. Gorman works with words and silences, with beats and measures and a voice that feels like a young colt just gaining its feet. It's a young person's poem, which isn't to say it's likely juvenilia. (Am I the only one who's a little bit bothered by the way everyone keeps referring to her as the "Youth Poet Laureate," which is, sure, a title she once held but seems a little patronizing now that's she's a 22-year-old college graduate? Arthur Rimbaud was done by 20; Thomas Chatterton died at 17.)

Poems are not supposed to sleep in books, stirred once in a while by the lighting of an eye upon them. They are supposed to hook deep in us, to beat in our heads, to force our pulse. "The Hill We Climb" is five minutes of measured breath, 723 words and the opening notes of a new country, "not broken but simply unfinished," if we will only have it.

And we probably won't, because we have already marked it off and moved along, compartmentalizing it as part of the ritual we repeat every four years to try to convince ourselves of our exceptionalism. Amanda Gorman was there where Robert Frost and Maya Angelou and Miller Williams were; we'll next see her on "Oprah" or in a Netflix series maybe. 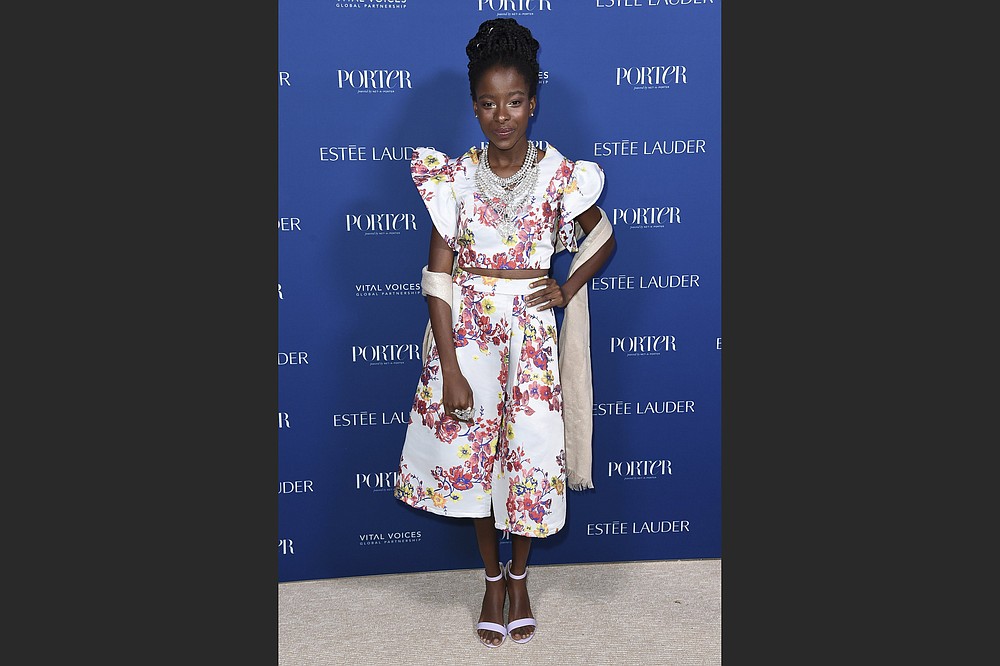 Sara Jane Clarke was once a young poet too.

You might know her better as Sara Jane Lippincott, or as "Grace Greenwood," which started out as a pseudonym of convenience (her publishers didn't want too many of Sara's bylines in the same issue) and eventually became how she presented herself both professionally and personally. She was a minor 19th-century American literary luminary; her orbit included, among others, Edgar Allen Poe, Julia Ward Howe, Ralph Waldo Emerson, Horace Greely, Andrew Carnegie and many others. She vexed Nathaniel Hawthorne, who worried that she wrote in such a sentimental, accessible mode that she ruined readers for serious writers such as himself.

But then Hawthorne found "ink-stained women ... without a single exception, detestable."

"America is now wholly given over to a damned mob of scribbling women," Hawthorne wrote his publisher, William Ticknor. "And I should have no chance of success while the public taste is occupied with their trash — and should be ashamed of myself if I did succeed."

Anyway, as Sara Clarke, she came to national prominence in 1844, at the age of 21, for a poem she published in the New York Mirror. This kick-started a literary career, with her work appearing in literary magazines ... a period that seems to have culminated with an 1851 collection of poems that rather boldly (for the time) engaged feminist concerns and lamented the second-class status of women and the freedoms lost through marriage. In a couple of poems she references an intimate physical relationship with her friend Anna Philips, the subject of "Love-Letter to a Friend":

But, by the early 1850s, Greenwood had shifted her focus from poetry to journalism and social commentary. She became the first "lady correspondent" to report from Washington for a Philadelphia newspaper. Having met William Lloyd Garrison and Frederick Douglass in 1847, she dedicated herself to the abolitionist cause and joined the staff of the National Era, an abolitionist weekly headquartered in Washington, where she copy-edited the original serialized edition of Harriet Beecher Stowe's "Uncle Tom's Cabin."

In 1853, she married Leander Lippincott, and with him founded the country's first magazine for children. (Hawthorne may have found her detestable, but his wife, Sophia, reported that ol' Nate loved her children's book, "A History of My Pets" and called it the best book of its type he'd ever read.) Later that year, she would become the first female writer on the payroll of The New York Times.

It was in 1866 that Greenwood saw Frances Ellen Watkins Harper lecture in Philadelphia.

Harper was two years younger and slightly more famous than Greenwood. She was the first Black woman to publish a short story in the United States; she had been an influential abolitionist, suffragist and reformer who co-founded the National Association of Colored Women's Clubs.

Greenwood's account of Harper's speech is remarkable, and to the modern audience, cringe-worthy:

"Her form is delicate, her hands daintily small. She stands quietly behind her desk, and speaks without notes, with gestures few and fitting. Her manner is marked by dignity and composure; she is never assuming, never theatrical.

"In the first part of her lecture, she was most impressive in her pleading for the race with which her lot is cast. There was something touching in her attitude as their representative. The woe of 200 years sighed through her tones. Every glance of her sad eyes was a mournful remonstrance against injustice and wrong. Feeling on her soul, as she must have felt it, the chilling weight of caste, she seemed to say,

As an editor, I would have asked Greenwood if she'd made any notes about what Harper actually said, and red-penciled straight through all the "seemed to say" business. I get that she was touched by Harper's talk, but as Matt Sandler puts it in his 2020 book "The Black Romantic Revolution: Abolitionist Poets at the End of Slavery" (Verso, $26.95), "Greenwood's description of Harper is objectifying. It is not, however, objectifying in the way that Black women were commodified and sexualized in slave markets ... Greenwood's account frames Harper in white feminist terms."

Sandler contends that Harper had more on her mind than "the chilling weight of caste," and he goes on to describe how she evolved beyond abolitionism to a Black feminist political critique. Harper wasn't done when the Emancipation Proclamation was issued; she was also concerned with the sexual objectification of all women and the economic exploitation of all people. Greenwood, as sympathetic as she was to what she saw as Harper's cause, still managed to box her in. 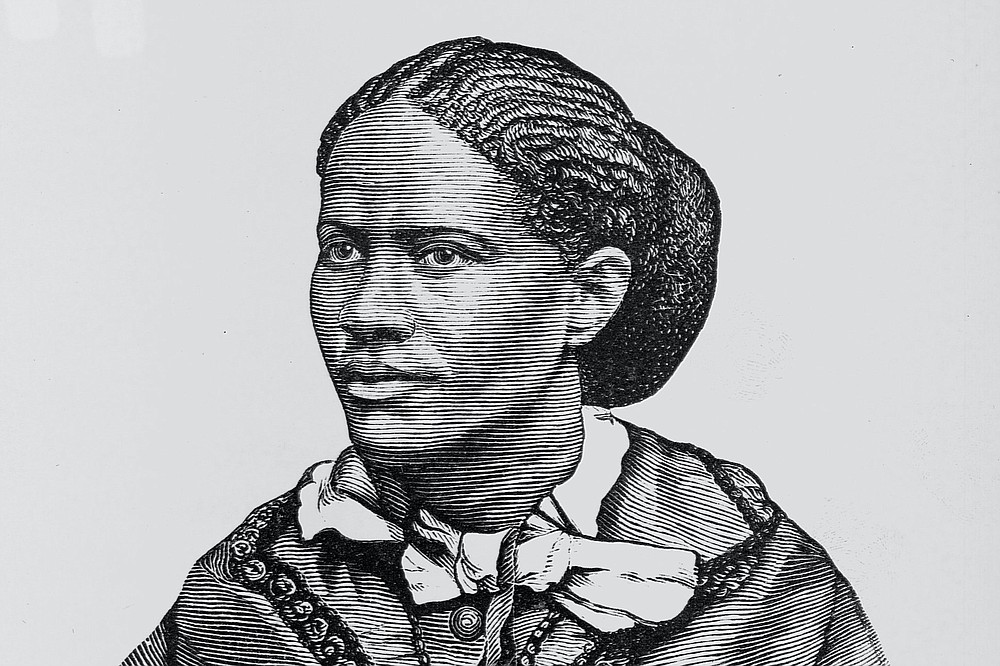 And I hope that's not what we're doing with vital young voices like Amanda Gorman's.

We tend to do that a lot with people who come to public notice for doing something well; we foreclose their options for them, tell them to shut up and dribble, or to shut up and sing. Some American Sweethearts outgrow their Wheaties boxes, child stars grow up awkwardly, the handsome leading man wants to direct.

Poetry is the purest form of writing; it is the sidelong glance that reveals, if not everything, at least something interesting and true. Poetry distills and compacts meaning, strips it of all modifying adornment, and presents it naked and shivering. The trick is not in the feeling or the seeing. It's not in the reception of sensation. A tuning fork is not a song. Sincerity of emotion, pain of creation, hours with a thesaurus and a rhyming dictionary, they don't matter much. Maybe they don't matter at all.

Poetry is language under pressure, a way of juicing words of their meaning. It is a way of rediscovering the hauntedness of sound and rhythm, of recovering the intent behind our reflexive communication. It is the opposite of the instinctual, emotive and earnest flow that some believe is the most authentic form of human expression. Poetry is slow talk, not babble.

And we don't pay it enough attention, because it embarrasses us. Maybe it's the spareness of the language, or the invertedness it requires of us. "A poem is a naked person," Bob Dylan once said, making sense. We can pretend the nakedness doesn't matter, that we're all grown-ups here, but the arrival of a poem introduces shame to the room — we all feel we have to react to the poem-ness before us, even if that means shrugging like it's no big deal, like there's nothing there we haven't seen before.

Amanda Gorman will not stay the Youth Poet Laureate forever. She's not even that now. Right now, she might be weighing opportunities, offers, contracts. Time will tell whether she can parlay this into something like a lasting celebrity, or a life as a public intellectual, or a political career. She had, like the basketball players sometimes get, a bright shining moment.

The trouble with poetry is that it's often seen as something frivolous and adjacent to our daily life when the truth is that it is a reason to live. The problem is not that more people write poetry than read it, or that there is so much bad poetry in the world; the problem is that we often fail to realize the value of its mystery, playfulness and ability to touch us. We cannot perhaps divorce "The Hill We Climb" from Amanda Gorman and her story; maybe it is, as Mick Jagger once suggested, "the singer not the song."

Or maybe it is the singer and the song, together and indivisible. Maybe it is that the song sometimes sings you.