Two weeks worth of mystery plants 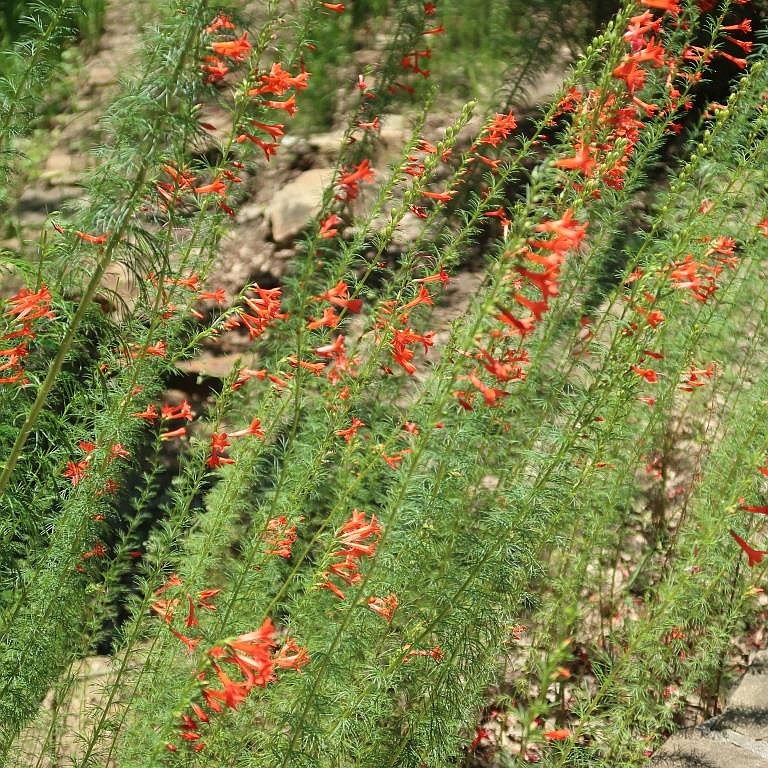 Standing Cypress – Ipomopsis rubra is a native biennial. It starts the first season as a rosette of foliage, 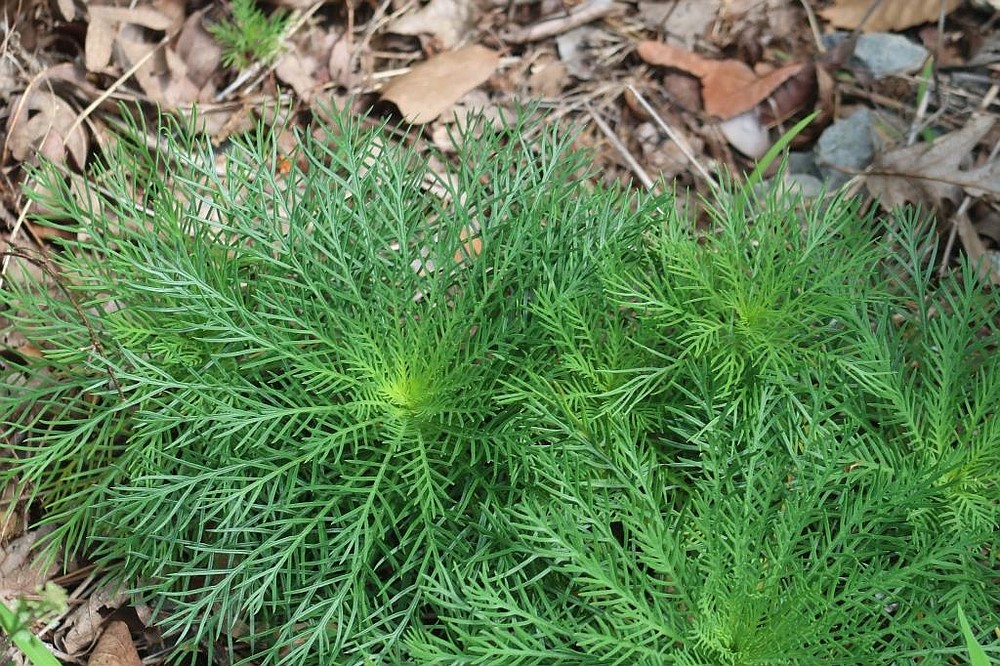 then the spiked stem of blooms in the second season. Sow some seeds spring and fall and you extend the bloom period. It is self-sowing, so you should have it back for years in the right spot. 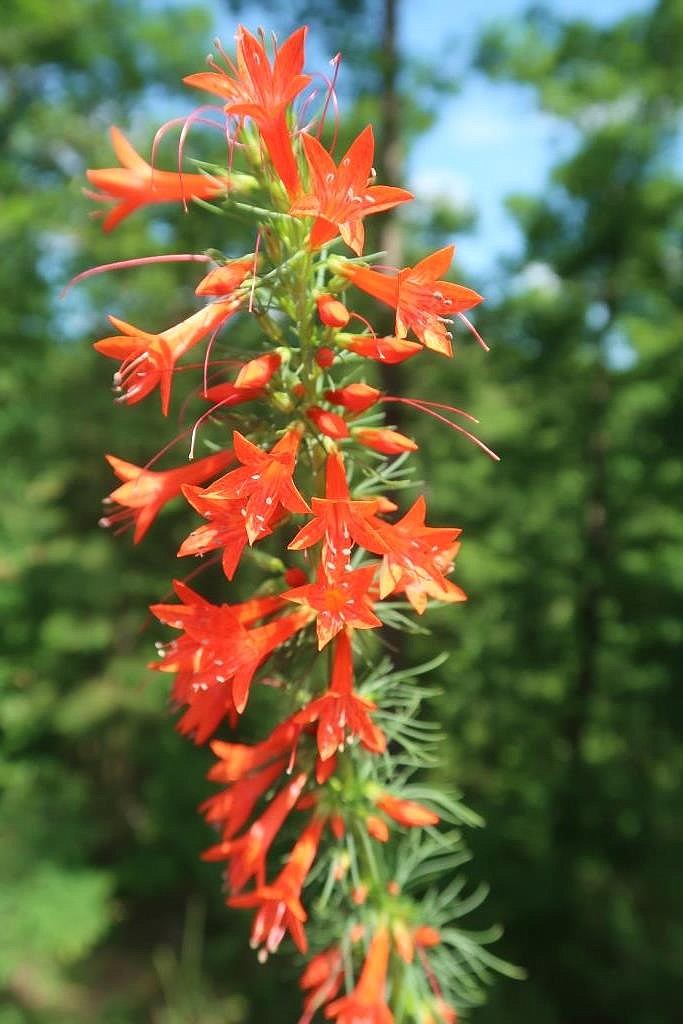 It does best in full sun but will tolerate some light shade. It is deer resistant, attractive to hummingbirds, and once established, drought tolerant. It is hardy statewide. 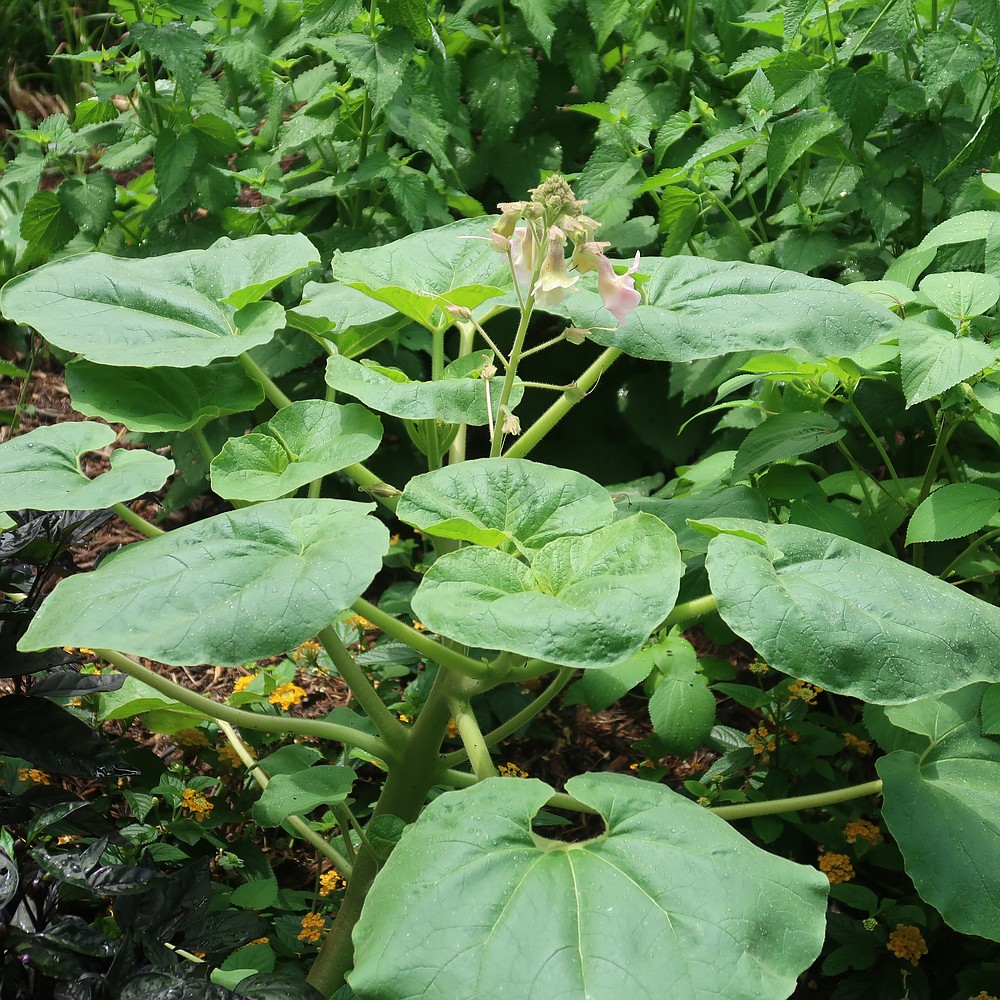 is a native annual plant that is often considered a weed. I have also heard it called unicorn plant and ram’s horn. The unusual large, claw-like seed pods 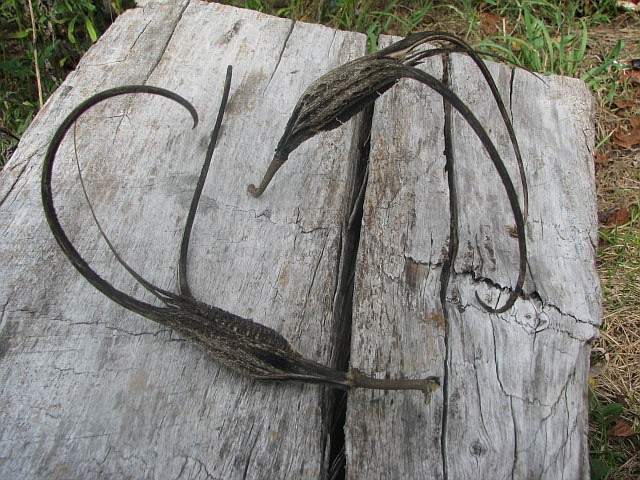 are what gives it its common name. They are prized by crafters. We saw several “weeds” 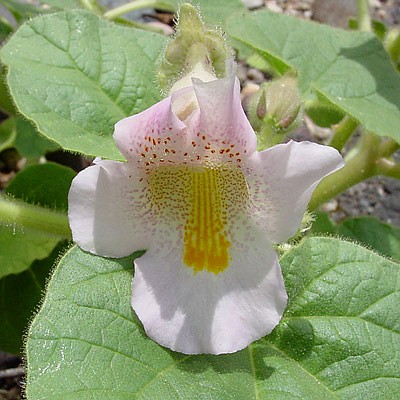 at the Philbrook Museum gardens that were being cultivated—from this one, to several Poke salad plants. 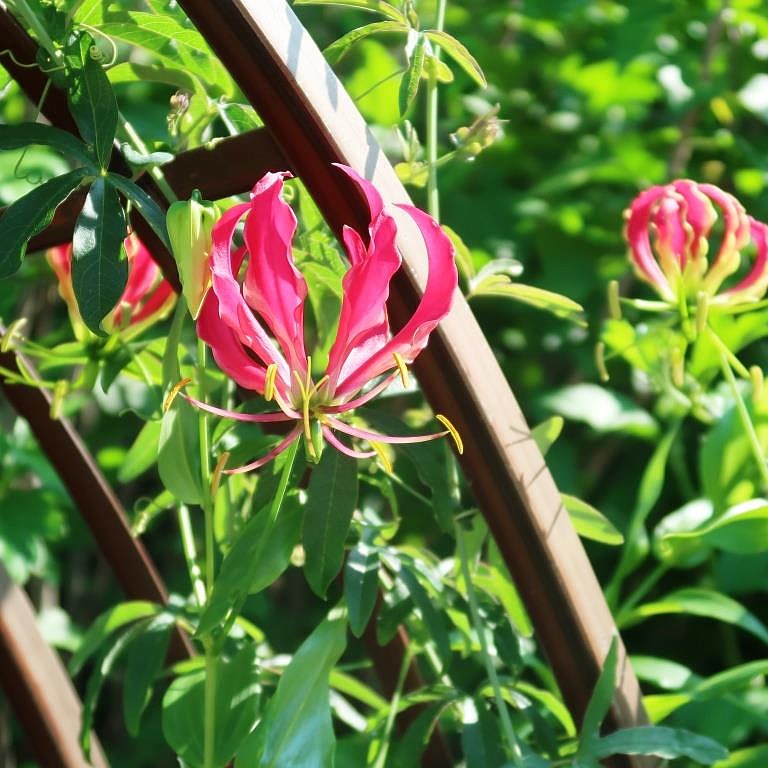 , is not a true lily but is actually in the colchicaceae family (think autumn flowering crocus) not the lily family. Common names include climbing lily or flame lily. 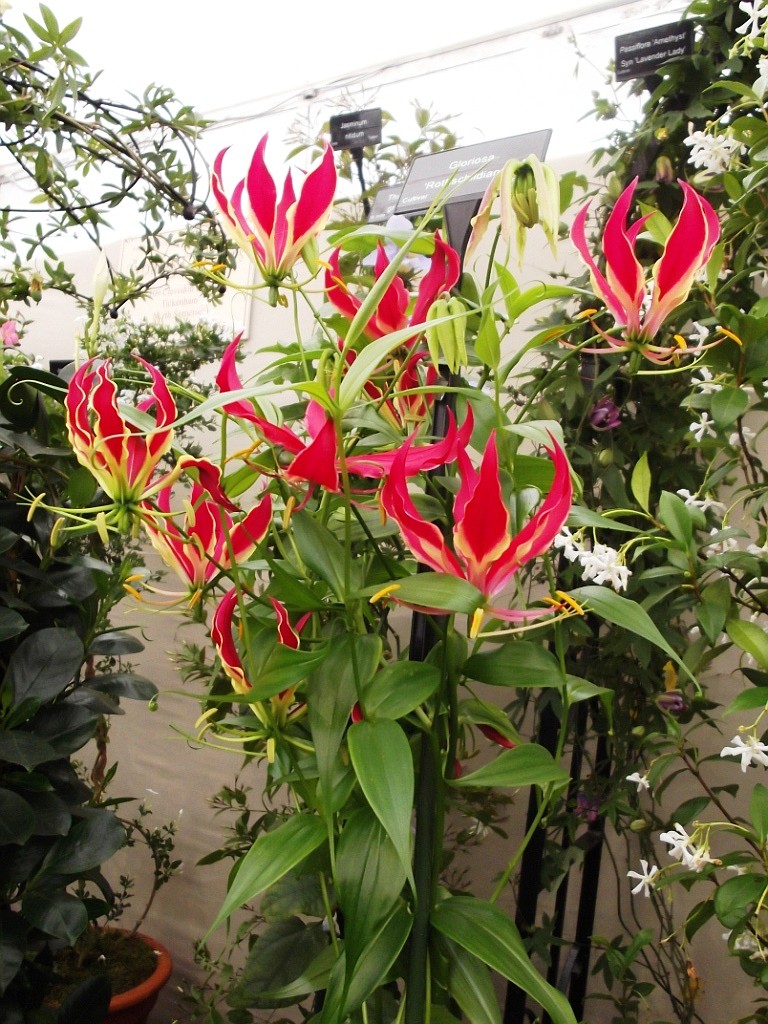 It is native to Africa and Asia, and is actually the national flower of Zimbabwe. All parts of this plant are poisonous. The flowers on this annual vine appear from summer through fall. The vine grows from a tuber which can be lifted and stored for the winter, since it is not winter hardy in Arkansas. It does best in full sun. 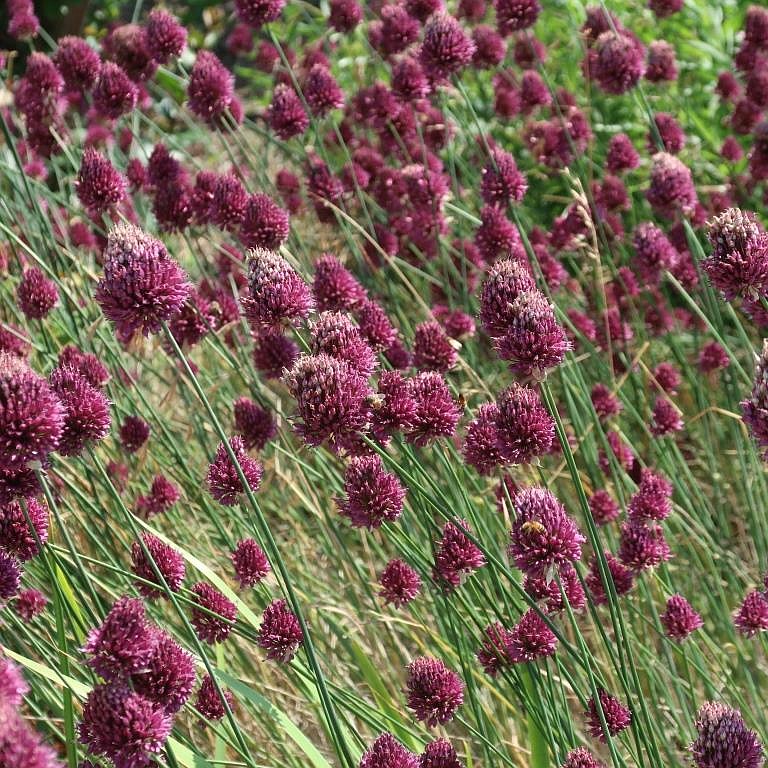 is a flowering onion that blooms in early summer. Many of you guessed globe amaranth or gomphrena, 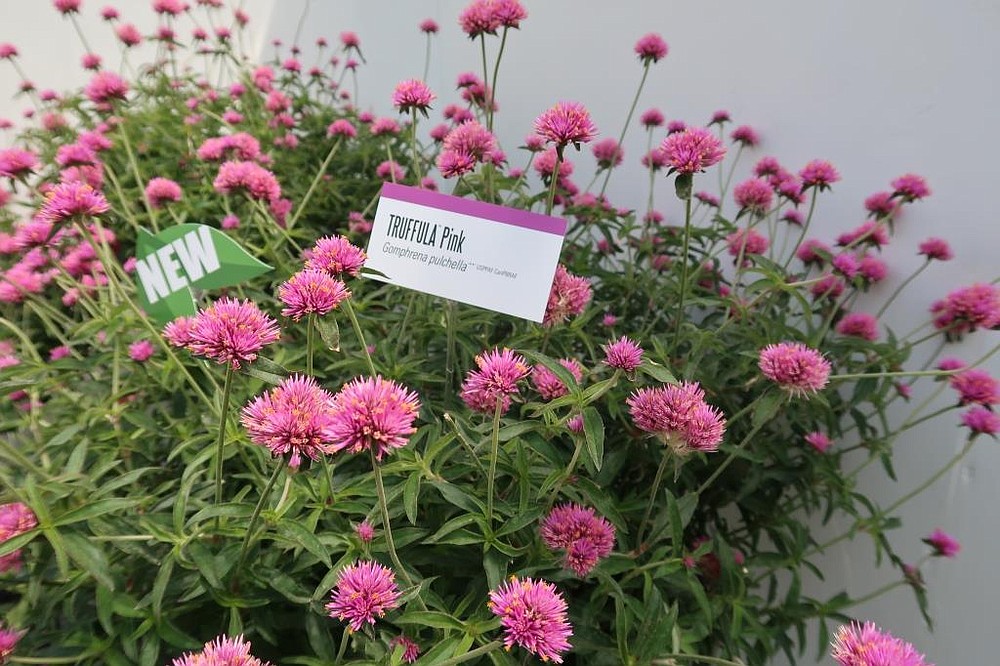 which I suspected as I walked up to the flower bed. When I saw the grass like foliage, 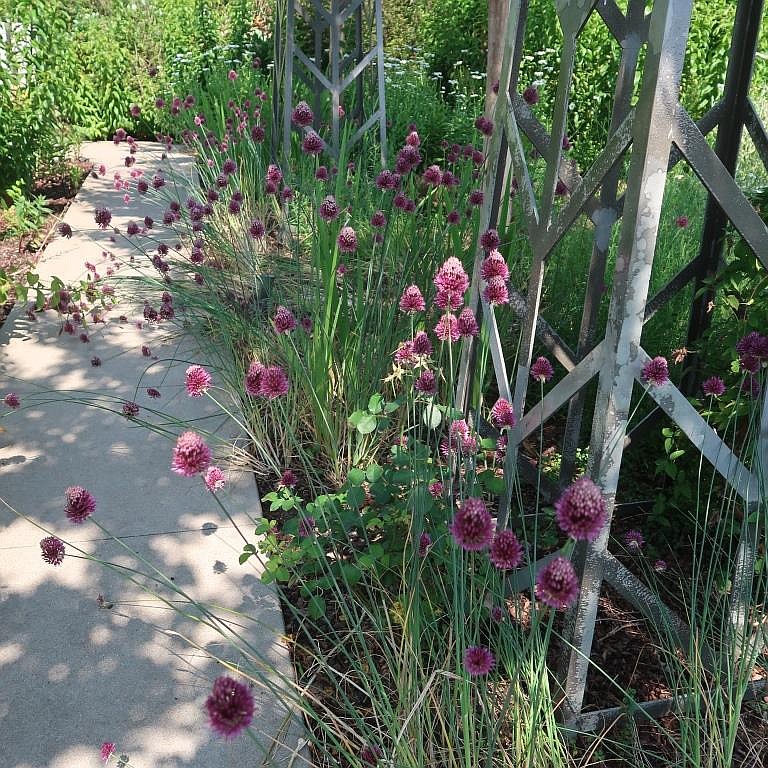 I knew it was an allium. The small bulbs are planted only 2-3 inches apart to make this mass planting. It will multiply by seeds and bulblets so should get thicker plantings over time. Full sun is best. They do make good cut or dried flowers. 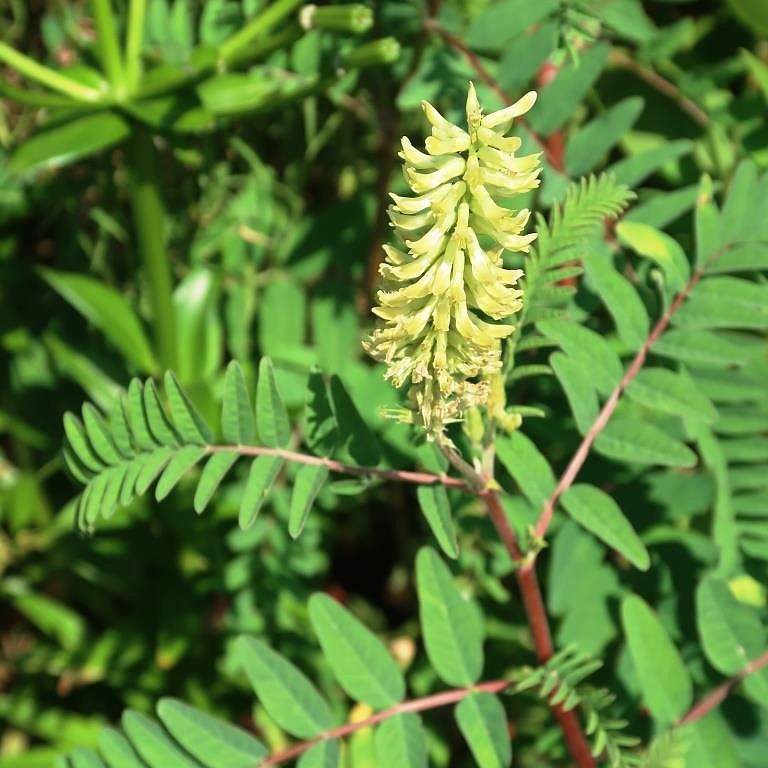 is a perennial wildflower or weed depending on who is growing it. It blooms from summer through fall with creamy white to light yellow pea-like spikes of blooms. 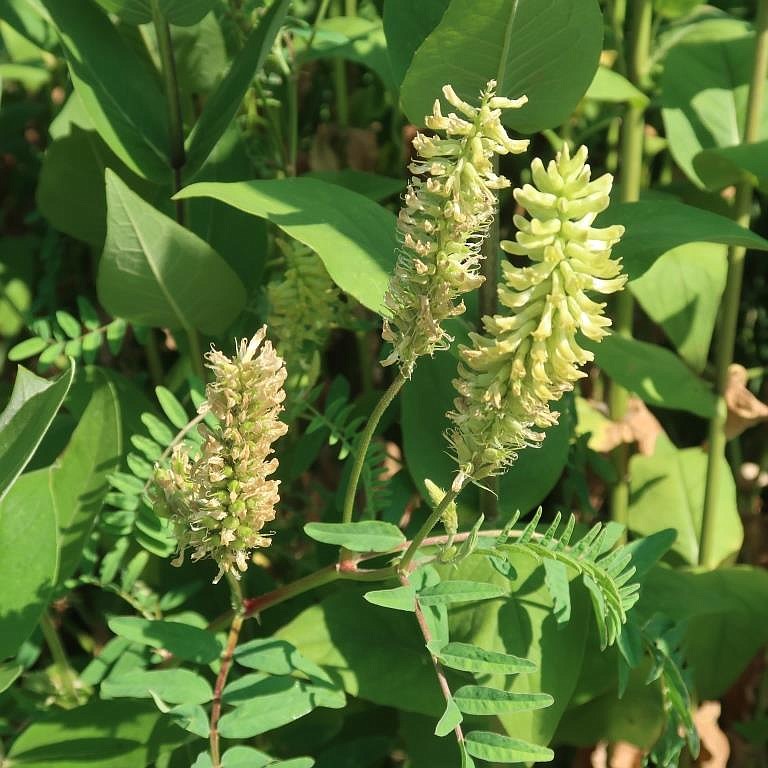 The stems of the plant are red. 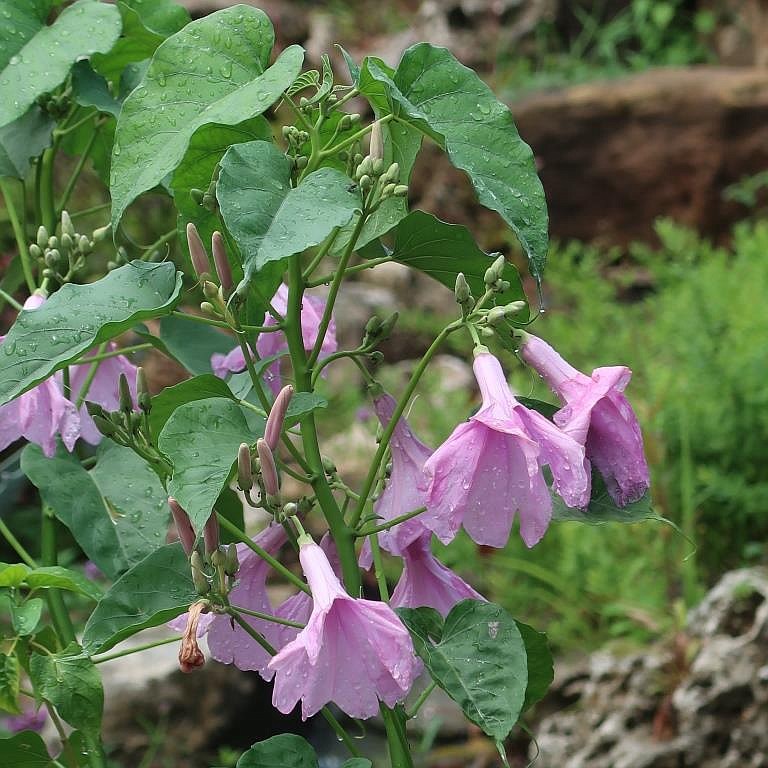 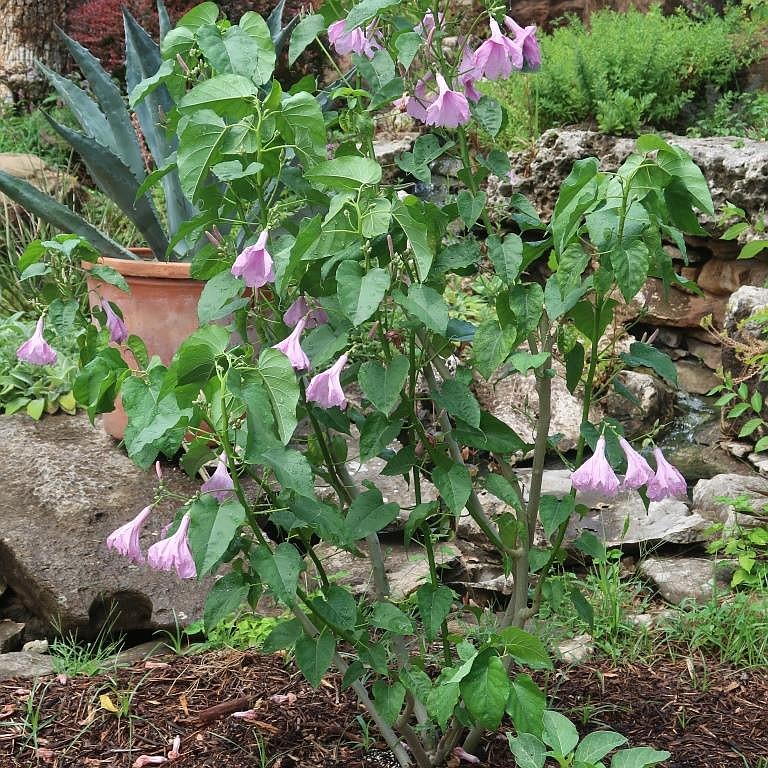 It can be kept pruned to a manageable height to make it bushier and full of flowers in the fall. It is deer resistant and drought tolerant, and does best in full sun. It will not overwinter in Arkansas on its own, so take cuttings in the fall before a frost. 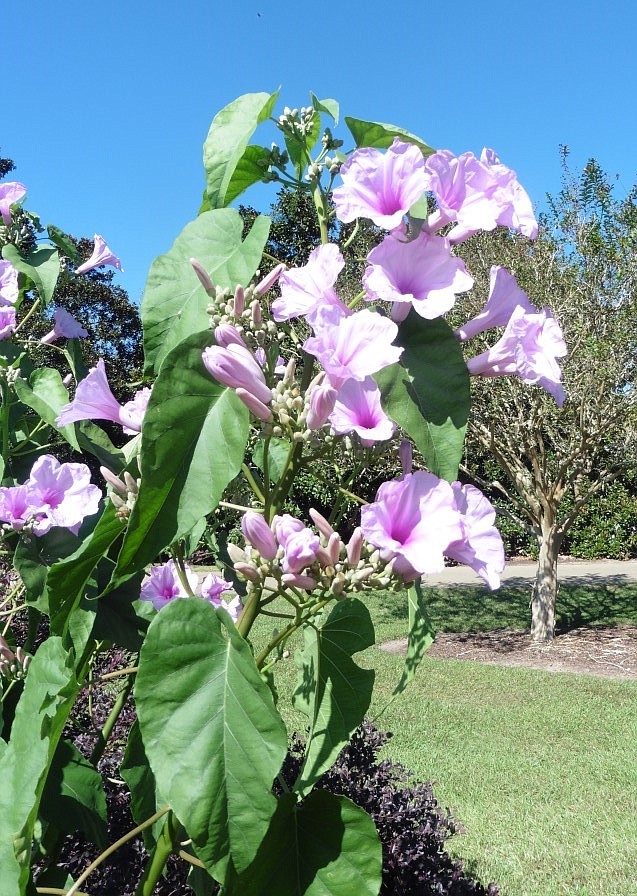 I have seen gardeners treat it like a confederate rose and cut the branches into six-inch sections which they put in a bucket of water to root overwinter indoors. Then plant outside after the soil has warmed up.