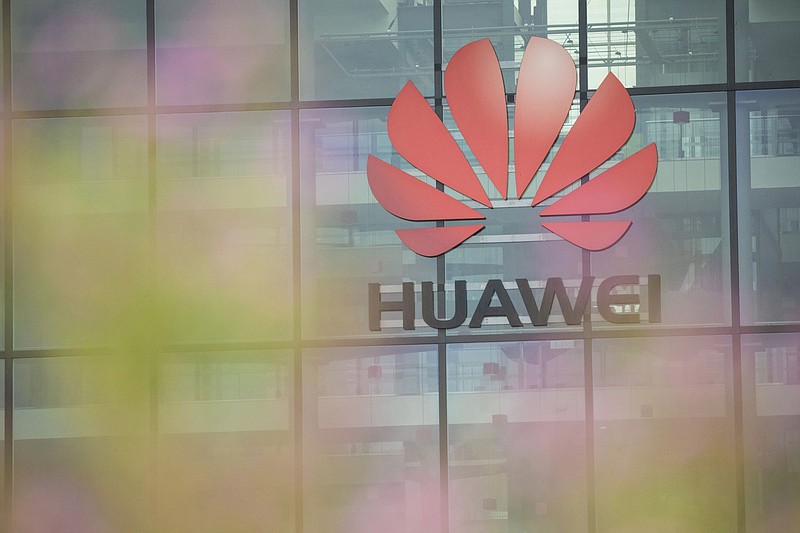 A Huawei Technologies logo hangs above the entrance to the company's offices in Reading, U.K., on July 13, 2020. MUST CREDIT: Bloomberg photo by Jason Alden.

Huawei Technologies and Verizon Communications agreed in the middle of a federal jury trial in Texas to end two patent-infringement lawsuits over royalties on telecommunications technology.

Representatives of both companies said they were pleased with the settlement, the details of which they said were confidential.

U.S. District Judge Rodney Gilstrap on Monday approved the joint motion to dismiss the cases, filed Sunday by the companies.

A trial began last week in Marshall, Texas, in Huawei's case against Verizon over claims it is using Huawei's patented networking technology without a license. It was the first of two trials scheduled this year over lawsuits Huawei filed last year against Verizon, the biggest U.S. mobile carrier.

The pact resolves a long-running battle over Huawei's royalty demands that Verizon, the biggest U.S. mobile carrier, pay a license for patents on telecommunications technology. Analysts saw it as a sign of China's largest technology company flexing its muscles toward U.S. companies in the wake of crippling sanctions from Washington.

The trial focused on the two companies' inventions related to optical transport network systems, a key technology that enables the rapid transmission of large amounts of data. Each side had accused the other of using patented inventions without licensing the technology.

Huawei had argued that Verizon was infringing on three patents, a small fraction of the portfolio it says Verizon needs to license. Verizon denied infringing on the patents and said they are invalid.

Huawei said its three patents in the case are critical components of the International Telecommunication Union's G.709 industry standard for the networks, which Verizon uses. Because the patents are declared essential to the standard, Huawei is required to license them on "reasonable and non-discriminatory terms."

Verizon claimed Huawei breached that contractual obligation by demanding an unfairly high royalty rate, and accused the Chinese company of unfair competition by defrauding the standard-setting board.