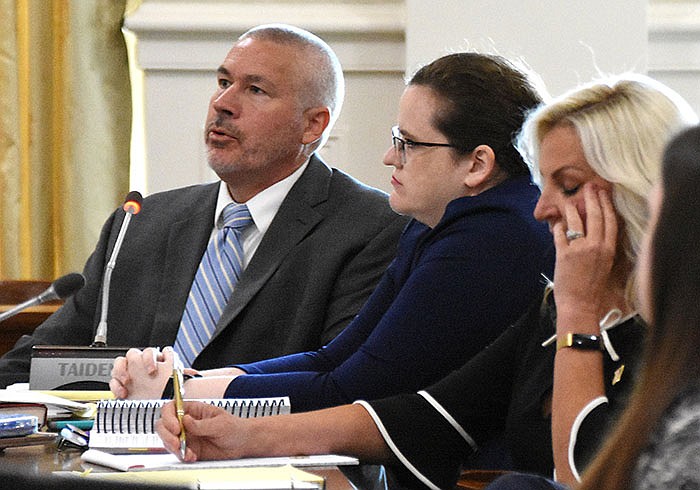 Arkansas' elections oversight board opted Wednesday to lessen sanctions issued for the current and previous chairs of the Pulaski County Election Commission over complaints made about the November election.

The state Board of Election Commissioners had previously voted to issue letters of reprimand to the three people who comprised the commission during the election: Republicans Evelyn Gomez and Kristi Stahr and Democrat Joshua Price.

The months-long staff investigation based on overlapping complaints made four findings that constituted probable cause for election law violations: the inclusion of 327 disqualified ballots in the total count, the failure to certify accurate results, the failure to maintain proper ballot security and the failure to timely and accurately report unofficial election results that included an account of outstanding ballots.

Gomez and Price have since left the commission. Stahr is now the chairwoman, but she said after Wednesday's proceedings that she would likely resign.

Letters of reprimand were also issued to Bryan Poe, who was the county's director of elections at the time, and assistant elections director Shawn Camp. Catherine Dunlap, an election worker, was issued a letter of caution, a less harsh sanction.

Gomez and Stahr declined to accept the offers of settlement, triggering a civil hearing to consider the allegations.

Their attorneys didn't dispute the investigation's findings but said the individuals should not be found to have violated election law. Both Gomez and Stahr testified of contentious relationships with staff members and said election workers didn't follow their instructions.

Sylvester Smith, Stahr's attorney, said that "there was not one thing either of these ladies could have done to stop the madness."

"There was something afoul about the 2020 election; no one's arguing against that. The question is who is responsible for those errors and in what capacity are they responsible," Smith said.

Chris Madison, legal counsel for the state board, said commissioners have the duty to ensure the legal compliance of the election.

The GOP-controlled state board had issued letters of reprimand to both Gomez and Stahr for including disqualified ballots in the total count, failing to certify accurate results and failing to maintain proper ballot security. It issued them letters of caution for failing to report timely and accurate unofficial election results that included an account of outstanding ballots.

State commissioners voted Wednesday to downgrade the letters of reprimand to letters of warning and issue letters of instruction alongside them. Republican Secretary of State John Thurston, the chairman of the state board, made the motions to do so.

Thurston said it was a tough decision because he knew how hard the commissioners had worked.

"The buck does stop somewhere, I mean, every time, somewhere. But I also know the machine that you're dealing with," he said.

He added that he hoped to see new policies and procedures implemented so "we don't have to deal with this again."

"My position is yes, the county wasn't accurate, and we all agree that it falls on the commission, so there's no way to dispute that," he said.

Commissioners Wendy Brandon and Sharon Brooks of the state board dissented on lessening the sanctions on the finding that the commissioners failed to certify accurate results.

Brandon said there were more mitigating circumstances with the other findings, but "the rubber meets the road" on the certification finding. Brooks said she agreed.

Otherwise, the votes were unanimous.

During the November 2020 election, Camp filed a police report saying that Gomez had pushed him while trying to gain access to county commission staff offices.

Also in November, a box of disqualified ballots was accidentally mixed in with other ballots during the tabulation process, leading to a dispute over the winner in the race for state House District 32, which covers west Little Rock.

The Pulaski County commission voted unanimously to certify the election results, which Stahr said the group was advised to do by the county attorney.

Multiple courts and the Arkansas Claims Commission rejected ousted Republican incumbent Jim Sorvillo's arguments that the error made the winner impossible to determine, and Democrat Ashley Hudson was seated.

Smith said afterward that while he was pleased to see the board be more lenient than in its original decision, he believed the members made the wrong decision.

"I think the board got it wrong. The law puts obligations on a board of election commissioners, not individual commissioners, and so for these ladies to be held liable for something that they individually could not control, that's wrong," he said.

Stahr said afterward that she was disappointed and would likely step down from the commission as soon as today.

She said she felt the board didn't give a corrective action and that she had been failed, in part, because she had made one of the complaints that led to the investigation. She also noted that without corrective action, the same problems will persist.

"I feel like I've been failed for the past year," she said.

Price, who is seeking the Democratic nomination for secretary of state in 2022, said he accepted the sanction to take responsibility, but he submitted a letter saying that he is just one member of the board.

He added in an email later that the Pulaski County commission fell short during the 2020 election, and he was disappointed in how some matters were handled by the other members. 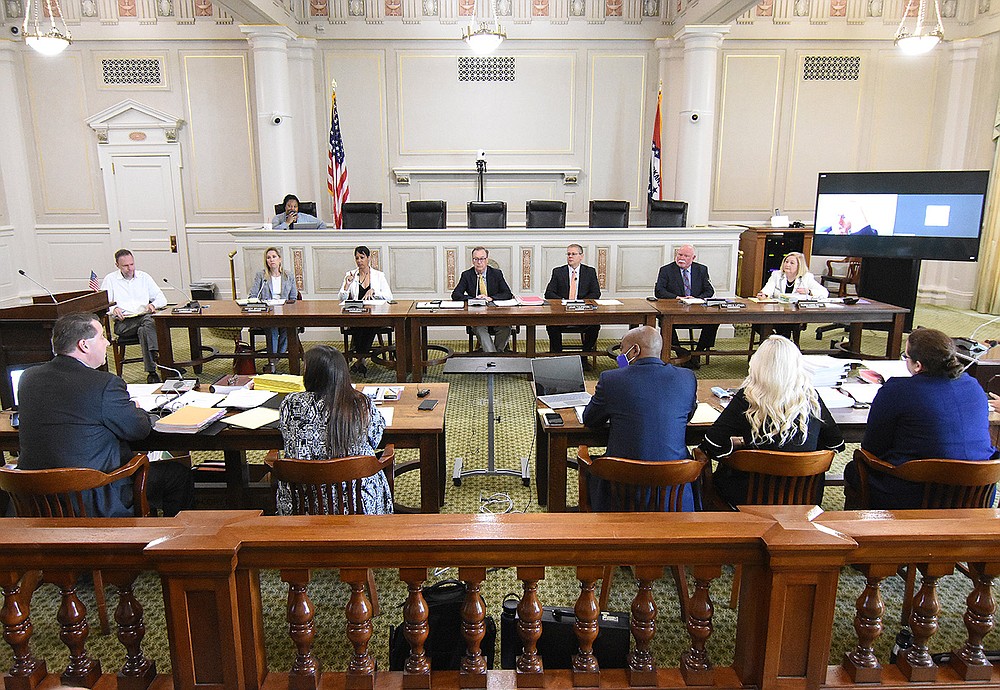 The state Board of Election Commissioners hears issues regarding Pulaski County on Wednesday at the state Capitol. (Arkansas Democrat-Gazette/Staci Vandagriff)

CORRECTION: The State Board of Election Commissioners voted Wednesday to issue letters of warning over three election issues in Pulaski County. An earlier version of this article incorrectly reported the board's action.