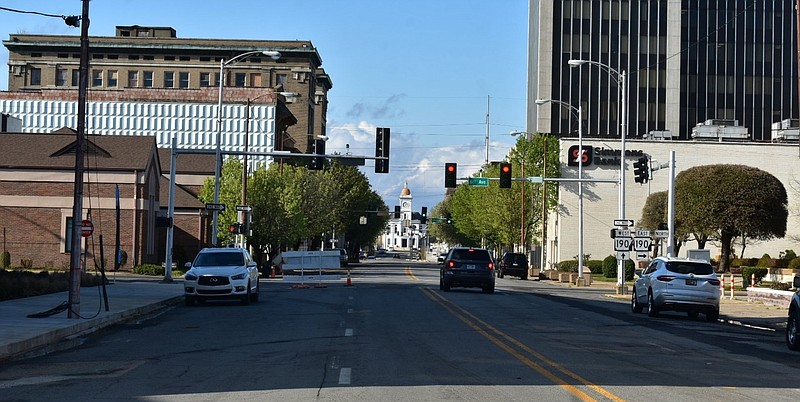 The Metropolitan Statistical Area (MSA) designation of four Arkansas cities -- Jonesboro, Texarkana, Hot Springs and Pine Bluff -- will be maintained by the Office of Management and Budget (OMB), essential to obtaining certain funding, according to a news release.

Members of the Arkansas delegation applauded the OMB's announcement.

Efforts by U.S. Sen. John Boozman, R-Ark., to protect the MSA designation of the four Arkansas cities and more than 100 others across 45 states have resulted in this successful outcome, according to his release.

Also, U.S. Rep. Bruce Westerman, R-Ark., applauded the OMB's decision and thanked leaders for honoring his request to maintain the MSA, according to his announcement.

"The consequences of this change in MSA designation would have been devastating, with several Arkansas cities possibly losing out on millions in funding for basic needs, including transportation, housing and health care," Boozman said. "I'm pleased OMB took seriously the concerns we expressed and changed course. This decision will mean increased economic certainty and opportunity for communities that were put in jeopardy by this proposal."

Boozman pressed OMB to preserve the current definition, citing a change's harmful potential impact on Arkansas. In March, the senator sent a bipartisan letter to OMB acting Director Rob Fairweather urging the agency to abandon plans to change the definition.

The senator was joined by two dozen of his colleagues in urging the agency to keep the existing designation in place and warning that the change would "cause major disruptions to grant and entitlement programs, medical reimbursements, economic development, housing initiatives and more."

The effort had support from local officials and business organizations in each of the Arkansas cities that would have been affected.

Boozman also backed the Metropolitan Statistical Area Preservation Act, legislation that would maintain the MSA classification of the four Arkansas communities and prevent OMB from increasing the minimum population required for an MSA designation.

Westerman offered a statement as well.

"I commend OMB's decision to honor my request to reverse course on the harmful rule change that would have stymied the continued development of 144 communities in 45 states and Puerto Rico," Westerman said. "I am sincerely grateful for the ability to lead a bipartisan letter signed by Rep. Rick Crawford and 50 of my colleagues to OMB Acting Director Rob Fairweather voicing the concerns of members and see a favorable result.

"Under the proposed rule change, the Arkansas cities of Hot Springs, Pine Bluff, Texarkana, and Jonesboro would have lost their classification as a Metropolitan Statistical Area, severely limiting their ability to access grants and federal funding to grow their economies. I will always fight to ensure Arkansas' smaller cities receive the same opportunities as larger cities to develop economically."

Declassified cities would have either lost access to some federal programs or see greatly diminished federal funding from those using the MSA designation as a qualifying factor. Some programs, like the Community Development Block Grant, Federal Transit Administration grants, and Medicare's prospective payment system for acute care hospital inpatients could have become inaccessible to these communities, according to Westerman's news release.