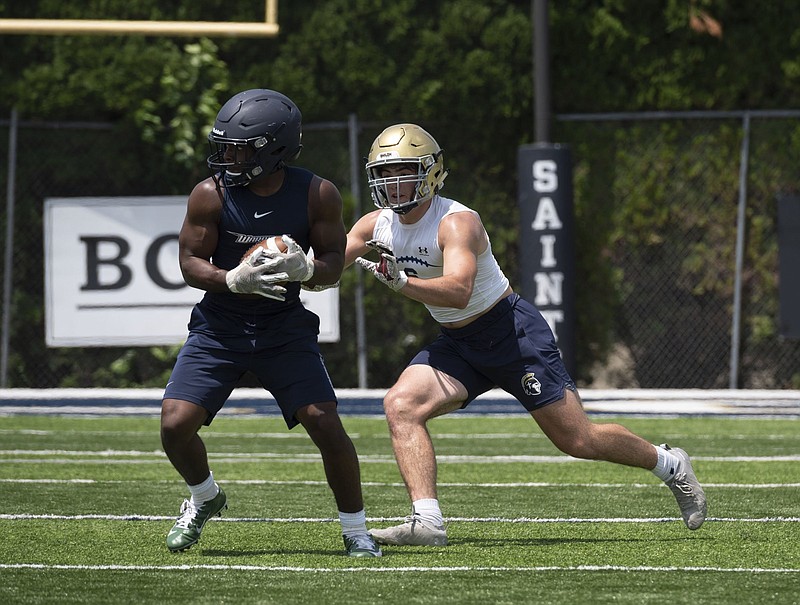 Shiloh Christian linebacker Kaden Henley (right), shown Wednesday against Little Rock Christian at the Southwest Elite 7-on-7 tournament in Springdale, has committed to play at the University of Arkansas. (NWA Democrat-Gazette/Spencer Tirey)

SPRINGDALE -- Kaden Henley pulled his gold helmet back on the top of his head and walked toward the sideline when the horn sounded Wednesday.

Under a brilliant summer sun, Henley's Shiloh Christian Saints had claimed a victory against Little Rock Christian in the Southwest Elite 7-on-7 tournament in Champions Stadium. Henley and his teammates hurried to find relief in the shade before their next game in pool play.

The past six-plus months have been a whirlwind for the senior. In December, Henley led the Saints to the Class 4A state championship. A few weeks after hoisting the championship trophy, Henley got an offer from the University of Arkansas. Hours after receiving that offer, Henley committed to the Razorbacks.

"It was New Year's Eve day, the 0ld linebackers coach reached out and just kept on reaching out throughout and eventually they pulled the trigger and offered me," Henley said. "During school, Coach [Jeff] Conaway said he needed to see me in his office, and I was like 'OK.' He said I've got Coach [Sam] Pittman on the phone and he wants to talk to you."

[Video not showing up above? Click here to watch » https://www.youtube.com/watch?v=8AJdqSJ_1og]

Henley made his decision quickly, first in a conventional manner with Pittman, then later in the more modern way on social media.

"I officially committed in four hours, but I think I committed on the phone in two hours," Henley said. "At first I wasn't planning on committing, but after I talked to my parents, we felt like it was the best place for me. There wasn't anyplace else that I would rather be."

Conaway called Henley one of the best football players in the state and also praised him for his leadership growth.

"We love him because he is a teammate," Conaway said. "He really wants to win, he wants his team to be successful. He's willing to do the little things individually, but also lead our other players in that effort. He does everything that you want as a coach."

Heading into the 2021 season, Henley knows the Saints have a target on their back as the defending state champions. Shiloh Christian's only loss last season was a 27-26 defeat at Sand Springs (Okla.) Page on the road.

In a 5-0 run through the playoffs, the Saints allowed 51 points with 20 of those coming in the 58-20 blowout of Rivercrest in the championship game at War Memorial Stadium in Little Rock.

"We are in the hardest position to be in because we won it last year," Henley said. "Now everyone is hunting us. We're not the hunters, we are the hunted. So we have to approach this season differently because everyone is preparing to beat us. We have to work harder. We can't be satisfied with where we're at.

"The reason we won it last year is because we got better every single week. The team we were in week one would not have beaten Malvern or any of the other teams. But the team we were at the end of the season was the team that won the state championship. So we have to approach this season the same way."

The Southwest Elite tournament will continue today with games at both Shiloh Christian and Fayetteville for pool play this morning. Tournament play will begin at 2 p.m. at Shiloh Christian with the championship game scheduled for 5 p.m. in Champions Stadium. 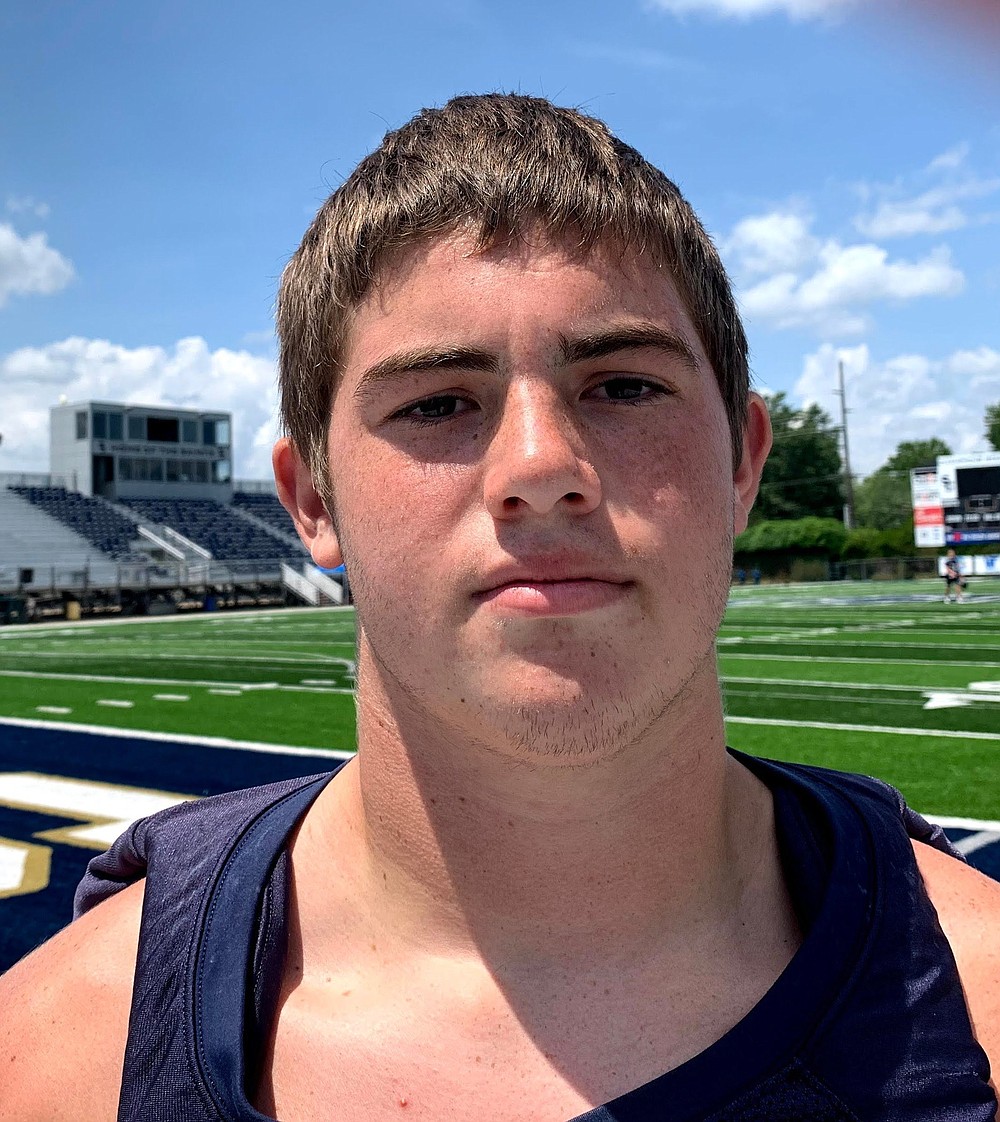