OPINION | ON BOOKS: Essays explore race from a mixed perspective 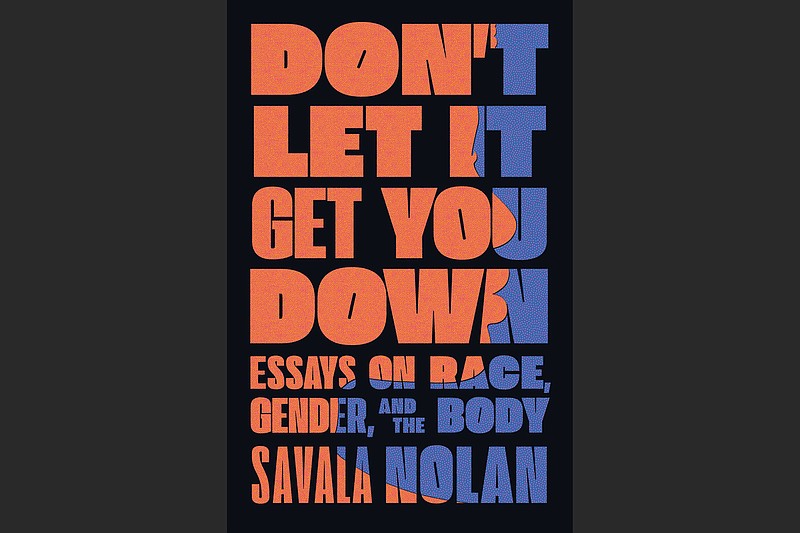 "Don't Let It Get You Down: Essays on Race, Gender and the Body" by Savala Nolan (Simon & Schuster, $26)

When Savala Nolan was a student at New York University, she worked for an agency that supplied household help to wealthy families. In her first essay collection "Don't Let It Get You Down: Essays on Race, Gender and the Body" (Simon & Schuster, $26), she writes about her experience as a nanny and her proximity to expensive consumer products:

"When I was alone in the houses, I'd walk to the master bedrooms and flip through the moms' bedside stacks of Vogue and Harper's Bazaar, lusting in my fingertips and throat after what they could put on their bodies, and jealous of their bodies, too, which were worthy of such finery ... It seemed profoundly unfair that I could appreciate these trappings of money, that I understood intuitively how these rich splendors could be medicinal to your body, but that voyeurism was as close as I'd get to experiencing it myself.

"Sometimes I'd be asked to run an errand, and I'd drive the shining, heavy cars myself, buying groceries at Cavaniola's or picking up the mom's new Jack Rogers sandals, pretending I was living my own life, pretending onlookers saw me not as who I was, but who I almost was, who I had the potential to be."

It's an interesting thought, considering who Nolan did turn out to be: executive director of the Thelton E. Henderson Center for Social Justice at the University of California, Berkeley School of Law, which focuses on "the intersection of law and social justice with an emphasis on race and gender." In 2010, she clerked in the Obama Administration's Office of White House Counsel, preparing research memoranda on constitutional matters.

But as evidenced by the passage above, "Don't Let It Get You Down" is hardly the sort of book one might expect from a woke policy wonk. The 12 essays are fiercely personal, confessional even, less concerned with the collective than her own origin story, which is both unique and reassuringly typical.

"I call myself in-between," she writes on her website. "Black/white/afrolatina. Descendant of slaves and slave owners. Daughter of the American Revolution. A lawyer and a child who saw drugs sold to pay bills. A chronic dieter (fat/thin/thin/fat, and so on). A private education at tony schools, and a family profoundly impacted by the carceral state. I live in liminal spaces, with multivalent perspectives and double-consciousness. This lets me write about dominant groups and subordinated groups, about norms, rules, and daily American life as an insider and outsider at once. I write to create counter-narratives, to answer my own questions, to speak for fellow liminal people, and to explore the mysteries and realities of race, gender and living in a human body right now."

Her mixed-race (Black and Mexican) father was poor — "so poor we went to the bathroom in buckets under a ceiling hole repaired with tarp," she writes. She visited him.

She lived with her mother, white, "thin and frail, like a glass of skim milk." Her ancestors owned slaves. She went to private schools; there were expectations that she would go to graduate school. She grew up in Marin County. She encountered plenty of rich white ladies long before she ever worked for them. 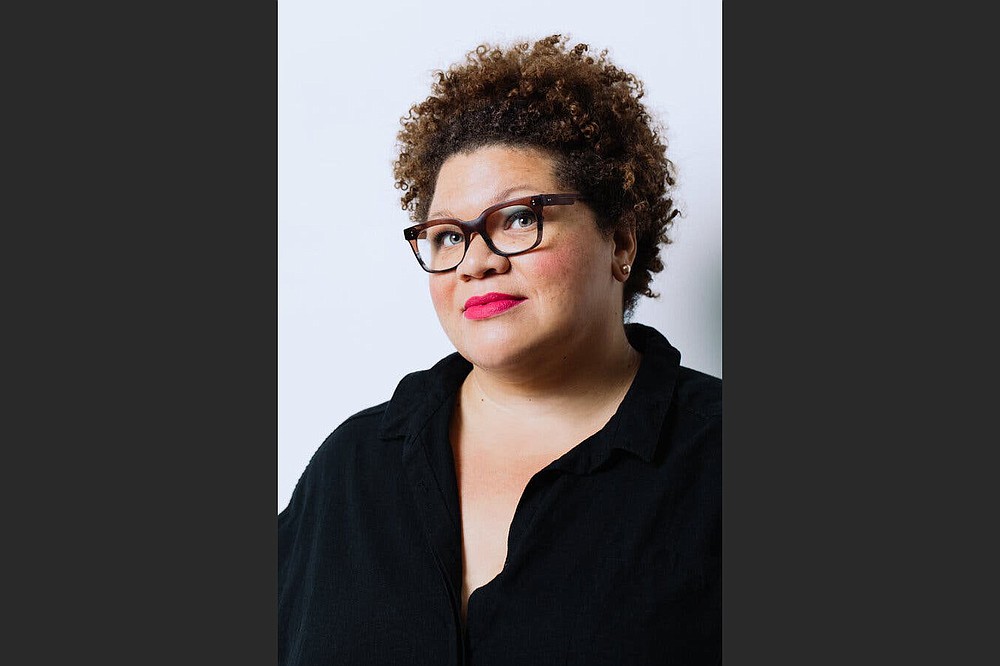 But she also, as a little girl reminds her, knew Black.

Like when the white lady with the "ringletty red hair ... tall and bird-boned with a wide Julia Roberts smile" assumed she was from the Marin City public housing project when Nolan told her she was "from Marin."

If you read Nolan, you will probably like her. She is witty and gently self-deprecating, well positioned to wonder at the fault lines in our culture. In "On Dating White Guys While Me," she admits and dissects her desire for the attention of white men, a sentiment that some gay Black writers have explored. She understands there might be something pragmatic about it: "I'd long sensed that the most succinct, irrefutable way to move up in the world was to be loved by a prototypical white man."

But the white man she marries isn't anyone's prototype.

"I resist seeing his whiteness as a prize, though," she writes. "This is partly because he is not high-gloss, preppy, and silver-spooned in terms of social capital." When she met him, he worked at a GM plant and "ate Pop-Tarts and drank a can of Coke for breakfast." He was a high school dropout. He worked on cars and rode motorcycles.

This bothered her a little bit.

Nolan's book feels very much like a young person's book, more like a mission of self-discovery than a declaration of findings. She's a brave writer, though not always a terrifically nuanced one. Still, she understands that though she might present to some as one stereotype or another, she is privileged both by faculty and viewpoint.

Savala Nolan contains multitudes and is willing to ask herself questions she can't comfortably answer. That alone makes this slim book of essays worthy of our time.