MASTER CLASS: Top athletes teach us that routine is everything 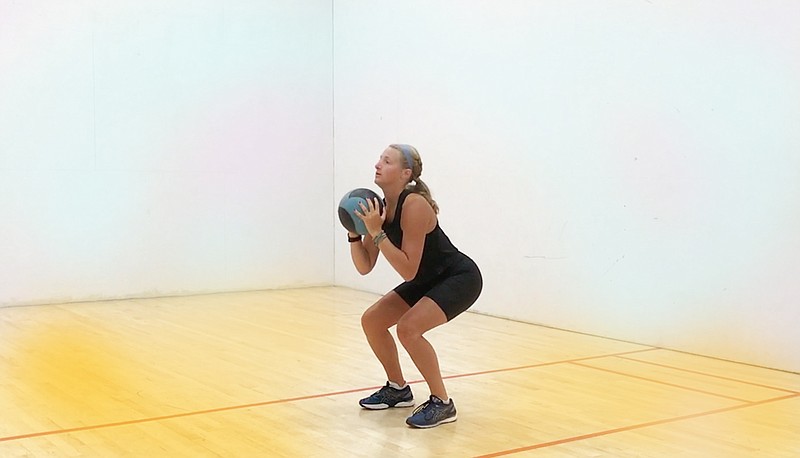 About a month ago, I made the conscious decision to avoid watching more than 30 minutes of television a day until school starts back up.

This simple choice has resulted in so much more family conversation, engagement and interaction. Sports events are the only programs that I really miss, mostly because I marvel at athletic endeavors at the highest level.

So, this week, I will share some sports observations that translate into better, more successful workout programs for anyone. Plus, I will introduce a movement that is rooted in one of my favorite sports — basketball.

World class athletes absolutely amaze me, especially those who have excelled to the top of their given sport. LeBron James, Tom Brady and Tiger Woods have all earned the title of GOAT (greatest of all time) based on their achievements, commitment and longevity. Athleticswise, they are each shining examples of preparation, dedication and incredible skill.

Their accomplishments are essentially unmatched in their respective sports, but I am awed by their practice and preparation more than anything. I recently read an article about Woods' daily routine during the peak of his career in the early 2000s. His day started at 5 a.m. with a workout and a 4-mile run, then transitioned into hours of short game practice, putting and then nine holes of golf. After the nine holes, he would spend two hours on the range hitting balls and then finish his day with some basketball or tennis and another 4-mile run.

This routine went on for years, until family obligations and injuries forced a change. He outworked his competition and changed his body through effort and dedication. He grew up as a thin, wiry kid who was able to transform himself into a superhero who shattered almost every professional golf record.

That dedication to a routine is something that I think we can all learn from. Most of us have jobs and families, and being present for them should prevent us from dedicating that kind of time to athletics; and the number of people who could physically perform that much physical activity are few and far between. However, anyone can create a schedule that supports their goals and dreams. And that's my takeaway from any high level athlete.

[Video not displaying? go to https://www.arkansasonline.com/719master]

This week's exercise is derived from a basketball jump shot, and it can become a part of a successful preparation routine for total body strength. The Med Ball Jump Shot is a fun way to mix up a warmup or to sprinkle some variety into the middle of a strength workout.

2. Hold the medicine ball at chest level with both hands grasping it.

3. Squat down a few inches, then stand back up and raise the medicine ball over your head as if you are going to shoot it like a basketball.

4. Don't leg go of the ball but extend it overhead until both arms are in the shooting position.

5. Lower the ball and squat back down.

6. Continue this motion for two sets of 12 repetitions.

Most people will never know what it's like to have world class athletic skill, but anyone can have world class commitment to a cause. Whether the cause is a professional pursuit or being a great parent, I am motivated to take one step closer to living a more committed and intentional lifestyle than ever before. Let's do it together!

Matt Parrott is glad to hear from readers. Send him questions or share a story about your pandemic workouts at

Print Headline: Top athletes teach us that routine is everything