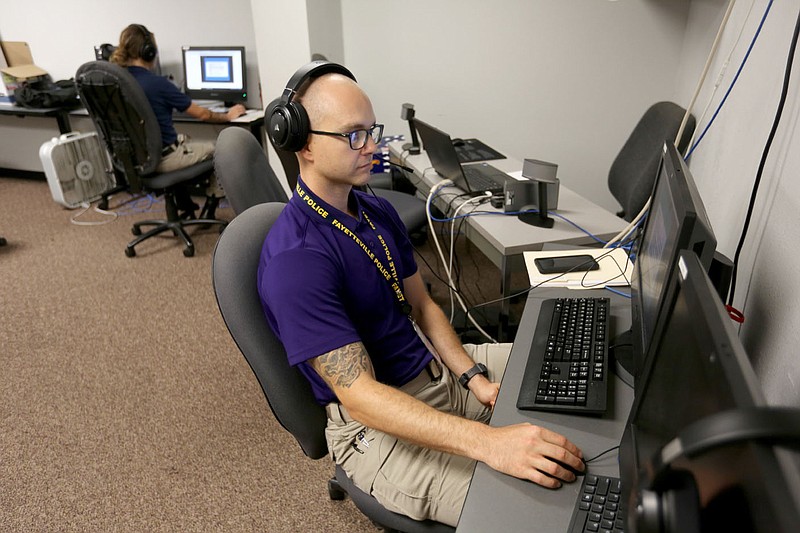 The council unanimously supported a request from Police Chief Mike Reynolds to use $87,500 out of the city's general fund to create an incentive program for new hires. The program will provide rookie officers a $5,000 bonus. Officers hired with previous experience from other departments will get a $10,000 bonus.

The bonuses will come over time in three installments: upon hiring, after graduating from the state police academy and after an 18-month probationary period. Hired officers have to agree to stay with the department for at least three years.

Reynolds said the killing of Officer Stephen Carr in December 2019 has had a particularly jarring effect on the department. Carr was shot to death while sitting in his patrol vehicle in the station's parking lot.

"I really think that has taken an emotional toll on our officers, and a psychological toll as well," Reynolds said. "There's usually a time period, we call it when the bagpipes stop playing -- where do you go from there?"

Covid-19 also brought an increase in violent crime and property thefts, and the department has fewer officers per 1,000 residents than comparable cities in the state, he said.

The city has 126 out of 131 officer positions filled. There are four more officers who plan to leave, Reynolds said. One is going to the FBI while three others are getting out of the profession, he said.

Applications in the past couple of years are down, Reynolds said.

Five members of the public spoke on the request. The meeting was held with a combination of online and in-person participants, although all eight members of the council attended in person.

Resident Robert Williams said the council should consider the "why" behind the request. He asked how the open spots were being handled, whether it was with officers accruing overtime or with fewer officers on a shift.

"Violent crime and property crime are on the rise in the city," Williams said. "Rising crime rates and shrinking officer numbers is not a good combination for the citizens of Fayetteville."

Council member Matthew Petty said if the city is going to hire officers then it should hire the best, and the incentive package presented an opportunity to help solve a hiring challenge. He said having a lower number of officers per 1,000 residents than other nearby cities may be the result of a higher quality of life.

"Our crime rates may be up year to year, but in the long term, when we think about a better society don't we want to have a high quality of life with a lower need to hire cops?" Petty said.

Council member D'Andre Jones said seeing increasing crime statistics in the city concerned him. The department has endured with a minimal staff, and the challenge requires an incentive to hire officers and expanding community resources, he said.

Mayor Lioneld Jordan said he meets weekly with Reynolds to go over police statistics. He expressed concern over not having enough officers to respond to calls.

"Right now, we're shy seven officers, and he's talking about possibly losing 11," Jordan said, referring to Reynolds. "A beat is nine. That's a minimum. That means you're taking a beat out of the city."

Jordan recognized a need to address other issues, such as potentially using American Rescue Plan money to help reopen Washington County's Crisis Stabilization Unit or using sobering centers instead of jails. But the city needs to continue recruiting the best police officers it can find, he said.

"I do not want the Police Department understaffed," Jordan said.

• Buying a plot of land northeast of Yvonne Richardson Community Center for $75,000 for a planned expansion of the facility.

• Rezoning 5 acres on Wedington Drive east of Michael Cole Drive from agricultural to mostly residential with some commercial mixed in.

• Requiring public notification for rezonings rejected by the Planning Commission but appealed for a hearing before the City Council.