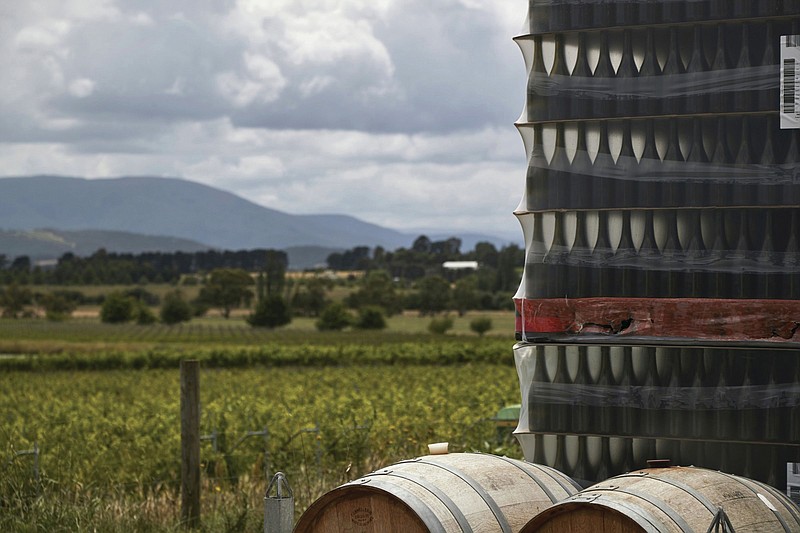 Wine barrels and pallets of bottles stacked at a winery in the Yarra Valley, Victoria, Australia, on Dec. 7, 2020. MUST CREDIT: Bloomberg photo by James Bugg.

Australian wine companies may have hit a big roadblock in getting bottles to China because of sky-high tariffs, but the road to Hong Kong appears to be wide open.

Shipments to the city rocketed 111% in the 12 months ending June 30, to $136.7 million, according to the latest data from Wine Australia. That compares with a steep 45% drop in exports to mainland China.

The Hong Kong market still pales in comparison to the mainland, and China remains the largest wine market for Australia by value. But Hong Kong has now jumped to the No. 4 position, up three spots from a year earlier.

The former British colony has the potential to become a back-door entry for wine into the mainland, as appears to be the case with Australian rock lobsters, which saw exports to the city explode more than 2,000% after Beijing banned them in 2020. But unlike lobsters, it's harder to disguise the origin of Australian wine.

Still, direct delivery options that grew popular during the pandemic make it "easier than ever to get wine in any label into the hands of eager consumers," according to Deborah Elms, Singapore-based executive director of the Asian Trade Centre. The product in Hong Kong could be held by wholesalers or specialist sellers privately and then sold directly to customers in China, she said.

"If I had to guess, the wine in Hong Kong is not staying in Hong Kong," Elms said. "Once you build a culture of eating and drinking at home, it might be a lasting shift for many."

China effectively closed off the market for Australian wine late last year with crippling tariffs. Those tariffs do not apply to Hong Kong, which has an independent tax system from the mainland. China's biggest online retailer JD.com still has listings for Australian wine, showing that the mainland is not completely off-limits for the industry.

The market gains in Hong Kong represent a small win for the wine sector Down Under, which has had to grapple with the economic fallout from the tariffs. Total exports were down 10% for the fiscal year, with most of the damage sustained in the first half as Chinese shipments plunged a dramatic 97% to just $9.6 million.

"Exports increased to the U.K., Singapore, South Korea, Malaysia, Taiwan and Hong Kong by a combined $177 million, but they did not offset the decline in exports to mainland China," Rachel Triggs, Wine Australia's general manager of corporate affairs and regulation, said in the note.

Outside of Asia, the trade report showed a mixed picture, with shipments to Europe hitting the highest in a decade, mostly driven by a 23% rise in sales to the U.K., Australia's biggest global market by volume. However, the growth rate to the U.K. slowed to 8% in the most recent six months, after a 40% surge in the last half of 2020.

Meanwhile, exports to North America fell 5% to $432 million, suggesting the industry's bid to attract new markets in regions outside Asia still has a ways to go. 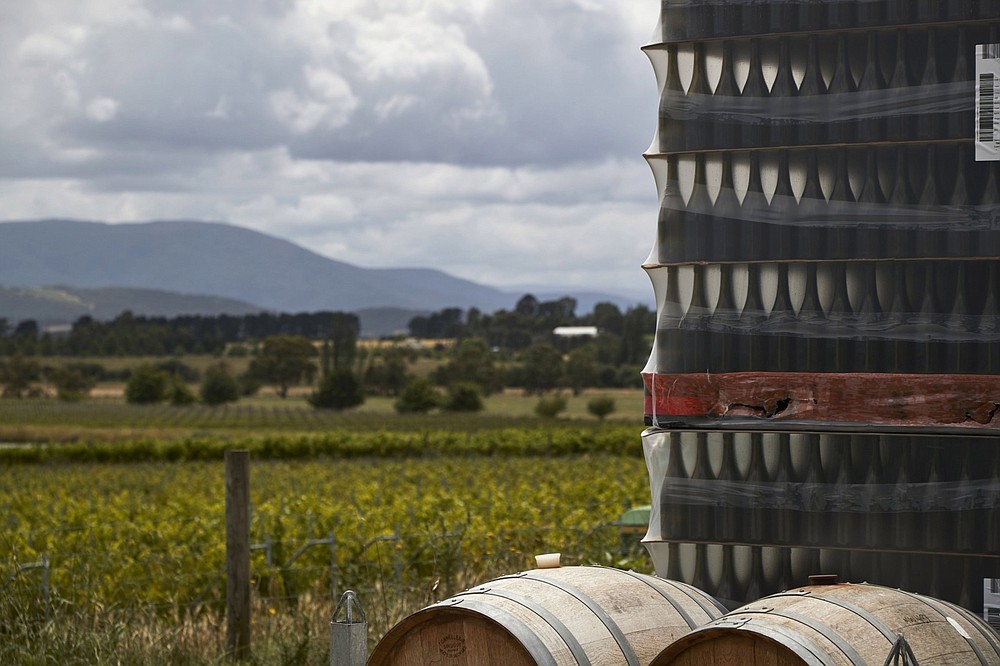 Wine barrels and pallets of bottles stacked at a winery in the Yarra Valley, Victoria, Australia, on Dec. 7, 2020. MUST CREDIT: Bloomberg photo by James Bugg.