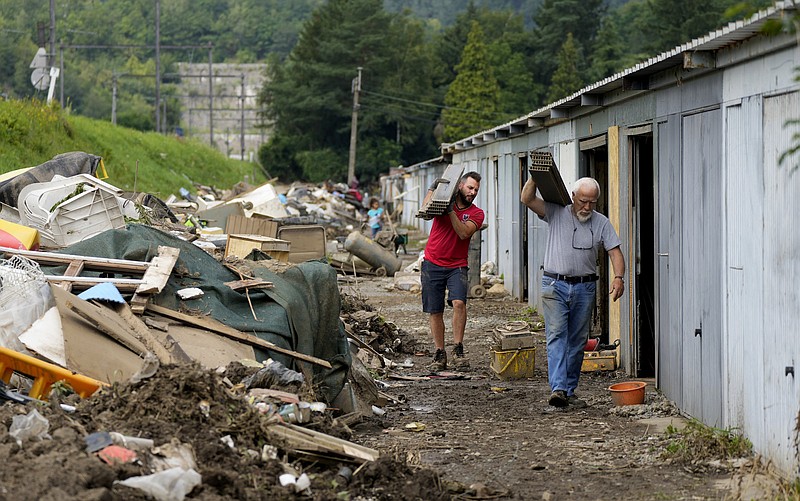 Residents of Trooz, Belgium, clean out household items Tuesday that were damaged by floodwaters. (AP/Virginia Mayo)

BRUSSELS — Belgian prosecutors have opened an investigation into the deadly floods that ravaged several towns this month and left 37 people dead in the country.

The prosecutor’s office in the city of Liege said in a statement Wednesday that an investigative judge was appointed to lead the inquiry, which will examine whether there is a basis to charge anyone with involuntary manslaughter by failure of care or precaution.

After thousands of residents affected by the floods voiced criticism, a Belgian political party earlier this week requested the appointment of a parliamentary commission to investigate the disaster.

Residents of towns near Liege that were inundated after the Vesdre River spilled over its banks almost two weeks ago also have called for an independent investigation. Many residents suspect that human mishandling of river systems amplified the flooding.

Several specialists in hydrology have suggested that lowering the water level at the major Vesdre dam after forecasters issued weather warnings would have prevented a lot of flood damage in nearby towns.

Officials blamed a newly formed vigilante group called “El Machete,” which announced its existence only a week earlier, pledging to fight the incursion of drug cartels in the largely Indigenous mountain communities of Chiapas.

Monday afternoon, masked men carrying rifles spread out through the town of Pantelho, moving street by street in search of criminals, authorities said. The action caused a panic in the community as the men set fire to some homes.

Activist Pedro Gomez said that at least three vehicles and a dozen homes were burned.

The vigilantes, who appear to include members of the Tzotzil Indigenous group, are calling themselves a “self-defense force,” a phenomenon seen for years in some western Mexican states.

An official in the Chiapas state prosecutor’s office, who spoke on condition of anonymity, said an investigation into the events had been opened. The official said the gunmen belonged to El Machete.

The 21 abducted residents were taken to San Jose Buena Vista Tercero, the community where the vigilante group is reportedly based. The official said the gunmen were apparently looking for members of another group called “Los Herreras.” After El Machete announced its presence earlier this month, President Andres Manuel Lopez Obrador said he would not accept the presence of the so-called self-defense forces.

YEREVAN, Armenia — Armenia’s Defense Ministry said Wednesday that three of its troops were killed and two more were wounded in clashes with Azerbaijani forces on the border between the two ex-Soviet nations, which have been locked in a decadeslong tug of war over the Nagorno-Karabakh region.

The countries have accused each other of starting the clashes. Azerbaijan said Armenian forces opened fire at its positions on the Kalbajar section of the border. The Armenian military said its personnel were attacked by Azerbaijani forces.

Armenia’s Foreign Ministry issued a statement saying that “the Azerbaijani side has been deliberately initiating escalation,” and the Foreign Ministry in Azerbaijan said in turn that “the responsibility for aggravating the situation by committing another provocation on the Armenian-Azerbaijani border lies entirely with the military-political leadership of Armenia.”

LIMA, Peru — Pedro Castillo, a leftist political novice who has promised to be a champion of his country’s poor, became Peru’s new president Wednesday.

The rural teacher, who has never held political office before, was sworn in about two weeks after he was declared the winner of the June 6 runoff election. He is Peru’s first president of peasant origin.

In a ceremony in the capital, Lima, Castillo made a commitment “for God, for my family, for my peasant sisters and brothers, teachers, patrolmen, children, youth and women and for a new constitution.” He then he sang the national anthem, taking off his signature hat and placing it over his heart.

He succeeds President Francisco Sagasti, whom lawmakers appointed in November to lead the South American nation after weeks of political turmoil.

Castillo, who up until days ago lived with his family in an adobe home deep in the Andes, will face a deeply divided congress that will make it extremely challenging for him to fulfill his ill-defined campaign promises to aid the poor, who are now estimated to make up about a third of the country’s population. His political savvy will be tested immediately, and his ability to reach agreements could even determine if the congress allows him to finish his term. 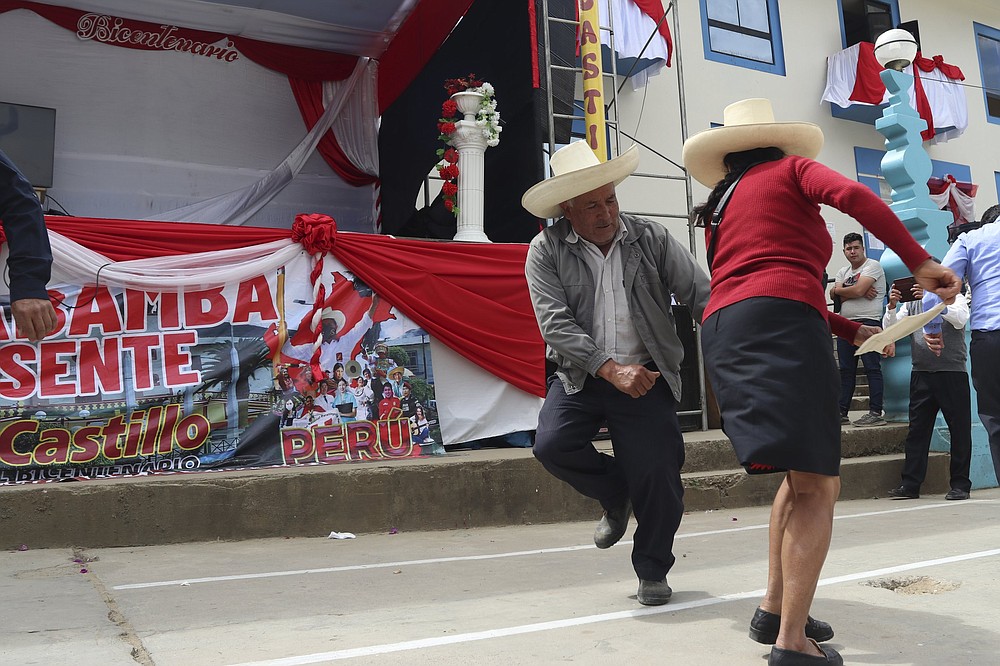 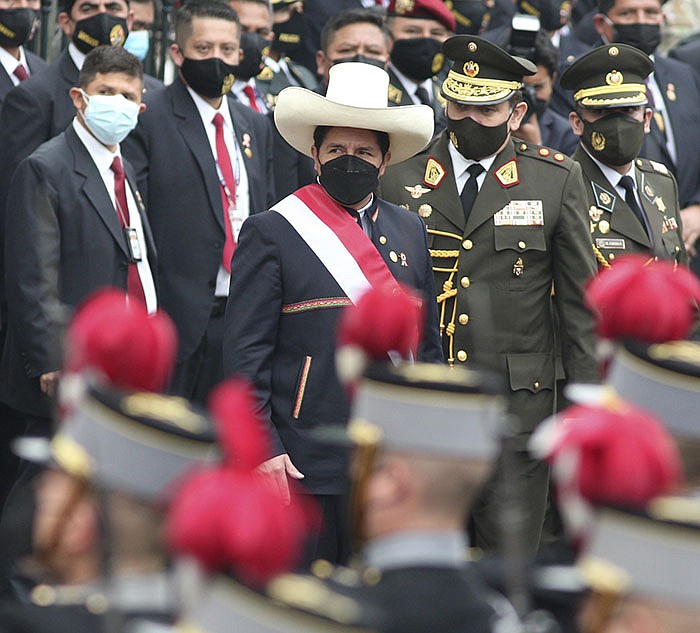 Peru’s newly sworn-in President Pedro Castillo (center) leaves Congress during inauguration ceremonies Wednesday in Lima. The leftist political novice Castillo, a rural teacher who succeeds appointed President Francisco Sagasti, is the country’s first president of peasant origin. His promise to be a champion of the poor will be tested with lawmakers who are deeply divided. (AP/Francisco Rodriguez)
ADVERTISEMENT