OPINION | REVIEW: ‘Jungle Cruise’ nonsensical at times, but characters’ chemistry makes up for it

Before the Marvel Cinematic Universe and endless "Fast and Furious" sequels, summer box office was usually dominated by adventure movies. Through the '90s, summer provided such gifts as "Twister," "Independence Day," "The Mummy," and more.

And while it's not like the summer adventure movie is extinct, they just aren't as plentiful as they once were, again, thanks to franchises and endless sequels, not all of which are a bad thing.

Enter: "Jungle Cruise." Yes, it's loosely based on the theme park ride of the same name. That might cause some to roll their eyes, but at least it's not another heartless live-action remake of an animated classic. Cut Disney a little slack here for trying something somewhat new.

The film stars Emily Blunt as an English botanist named Lily, who, during World War I, seeks out a mythical tree with blossoms that can supposedly cure any illness. Her brother MacGregor (played by Jack Whitehall) tags along, even though adventure is far from his forte.

The fabled tree was supposedly sought by Spanish conquistadors (because what American treasure myth wasn't sought by conquistadors?), and they all died cursed in the Amazon trying to find it.

Lily and her brother eventually come upon a con artist of a riverboat captain named Frank (played by Dwayne Johnson) and hire him to take them upstream.

It's hard not to enjoy a movie with The Rock. Johnson just makes every picture he's in a joy to behold because of his raw charisma. Whether it's "Moana" or "Skyscraper," no matter how good or bad the movie is, he makes it fun, and that's especially true for "Jungle Cruise."

"Jungle Cruise" is actually a mash-up of "Indiana Jones" and "Pirates of the Caribbean." It borrows a bit from each film and puts the phrase "steal from the best" to good use, especially in the really cool map transitions that feel heavily inspired by "Indiana Jones."

Lily survives the trope of "woman in a man's world" (1916 British academia) without making the spectacle too tiring. Like Johnson, she has a bit of natural charisma that is especially visible when she's kicking butt. (She demonstrated this well in 2014's "Edge of Tomorrow.")

And when audiences first see Frank, he's got this wonderful Scooby-Doo routine going on, scamming tourists with fake scares on his riverboat cruise. He has a fake hippo pop out of the water and pays peopole to dress up as native cannibals and terrify tourists into paying him extra money to drive his boat faster.

The first third of the film is just scam after scam for Frank, and the last few scams might even catch some by surprise. But again, since it's The Rock scamming audiences, it's hard to stay mad at him.

The villain in this movie is a German prince played by Jesse Plemons. Plemons has shown he can be a terrifying character after "Breaking Bad" and "El Camino." His performance as the son of Wilhelm II is fine, but the role probably would have been better if played by Christoph Waltz.

"Jungle Cruise" just keeps throwing obstacles for its heroes to overcome, which is what makes the 2-hour, 7-minute runtime palatable.

There are so many things to enjoy including Frank's drunken jaguar and MacGregor's constant discomfort in the jungle. Johnson and Blunt overcome the "main characters fall in love because they have to" cliche by actually having chemistry and decent writing to their characters. The scene where Frank helps Lily go swimming should be enough to make everyone smile.

The overwhelming silliness does lead to some genuinely funny moments. There's a scene where the German prince is talking to bees from one of the conquistadors, trying to find Lily and the others. And some of the German henchman say something like, "We're taking orders from bees now."

And the prince tells his crew to change course based on where the bees fly over his map. When one of the henchmen asks, "Could you ask the bee for coordinates?" the prince snaps, "Don't be ridiculous!"

And, kudos to Disney for making a gay character that talks about the challenges of being gay in WWI-era London. Beyond that, the character actually serves a purpose and is generally a heartfelt addition to the film.

In the end, "Jungle Cruise" doesn't feel like it's longer than two hours. It's a genuinely fun summer adventure that nearly everyone should enjoy. 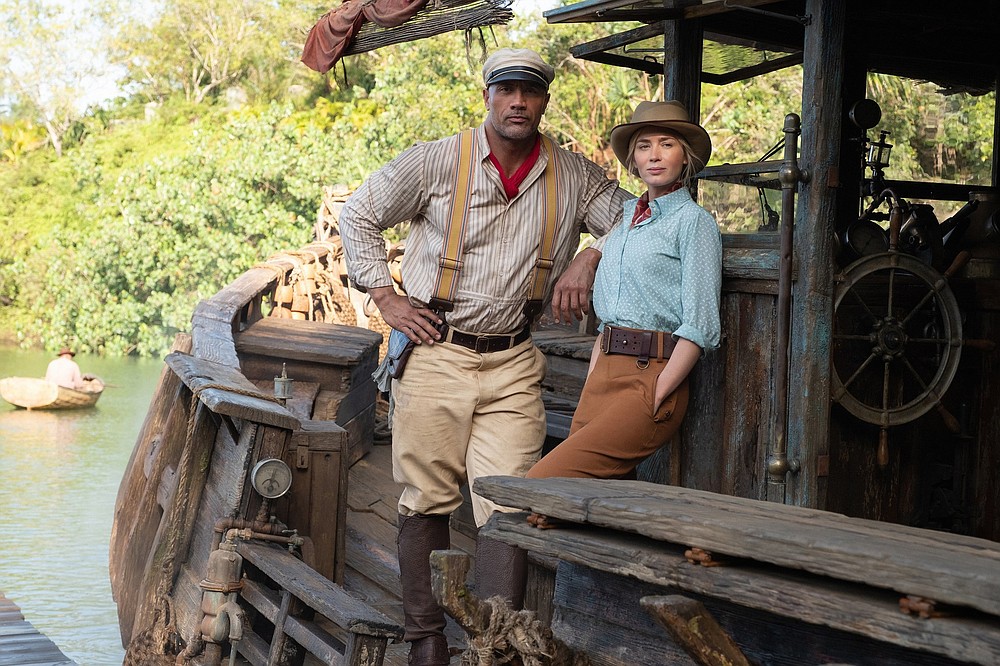 Print Headline: A not so smooth ride