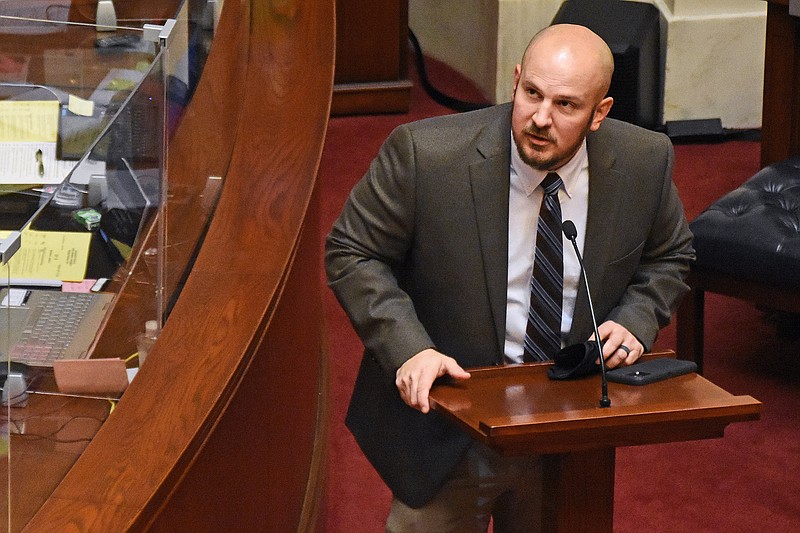 Gov. Asa Hutchinson acknowledged Thursday that legislative leaders advised him it would be "a heavy lift" to change state law to allow school boards to decide whether to require people to wear masks in public school to help prevent the spread of the coronavirus.

The governor said he plans to call a special session -- likely to be held next week -- for the purpose of changing that law.

Afterward, House and Senate leaders said they aren't sure whether a majority of members favor changing the law at issue.

Nonetheless, Hutchinson said he is confident that the Republican-dominated Legislature will understand that using local decision-making is a conservative principle and the state needs to provide school boards with the authority to protect the most vulnerable young people.

He said he is particularly concerned that children under age 12 are ineligible to be vaccinated. Children 12-17 can be given the Pfizer vaccine.

The governor didn't specify whether he would seek to change the law to allow school boards to require masks only for the children who can't be vaccinated or for all students and school employees.

Hutchinson spokeswoman Shealyn Sowers said afterward that the specifics of the proposed change are still being developed.

Act 1002 of 2021, sponsored by Sen. Trent Garner, R-El Dorado, bars state and local governments, including public schools, and their officials from mandating the wearing of masks, face shields or other face covering. The law doesn't apply apply to a face-covering requirement imposed by a private business; state-owned or state-controlled health care facility; or a facility operated by the Department of Corrections or by the Division of Youth Services of the Department of Human Services.

On March 30, Hutchinson announced that he was lifting the mask mandate, which was imposed in 2020 in response to the coronavirus pandemic.

Act 1002 was passed when infections were on the decline. But covid cases have been surging in recent weeks. The increase in cases was 2,843 on Thursday.

It would require a majority vote in the 35-member Senate and 100-member House to change Act 1002 and a two-thirds vote in each chamber to approve an emergency clause for the change to go into effect immediately after the governor signed the bill. Without an emergency clause, the change would go in effect 90 days later.

Hutchinson said he hopes to get the votes required to approve the emergency clause.

Garner said it's disappointing that the governor wants to take away parents' choice about whether their children wear masks in public schools and wants to give in to "big government mandates."

He said getting such a bill through the Legislature will be "a very tough hill to climb" because there is strong opposition to repealing that part of Act 1002.

Mike Hernandez, executive director of the Arkansas Association of Educational Administrators, said the organization would not take a position on any possible changes to Act 1002 without seeing the specific language but the group would be watching the special session closely.

"Obviously we're concerned with the newest [U.S. Centers for Disease Control and Prevention] recommendation and the numbers continuing to go up" and want to be able to lean on public health experts, he said. "We definitely appreciate the Legislature and the governor looking at it and consulting with health professionals and making the best decision for us and for kids that they can make."

Senate President Pro Tempore Jimmy Hickey, R-Texarkana, said he knows there aren't 24 votes in the Senate -- the number needed to approve the emergency clause -- and he's not sure there are 18 votes for a bill to allow school districts to mandate masks.

"We all know in this environment, things can change by the minute," he said.

Hickey, who is a former school board member, said he favors changing state law to allow school boards to decide whether to require masks.

House Speaker Matthew Shepherd, R-El Dorado, said, "It is kind of an unusual situation because normally there is some type of bill that is being circulated and you are trying to get a hard-and-fast vote count.

"I couldn't sit here and say that there is a majority of the membership that is seeking to revise that [law]," he said.

"I think there is a significant number that is open to the discussion," said Shepherd, who considers himself among that group.

At a news conference in the governor's conference room, Hutchinson said Arkansas Children's hospitals have 24 adolescent patients suffering from covid-19.

Five of them are in ICU and two are on ventilators and none has been fully immunized. Twelve are under 12 and ineligible to be vaccinated, he said.

"There will be no statewide mask mandate imposed by me," he said. "The Legislature, of course, made that clear as well. This is not about a debate about mask mandates for those who can make their own decisions and have the means to get vaccinated."

Hutchinson said the Legislature has indicated that it wants to be more involved in the pandemic and this is part of that responsibility.

"I have asked them to make a modification to the previous ban, so we can protect our children," the governor said.

"Most of them I talked to want that local decision-making authority," he said.

Hutchinson said he also reinstated the statewide public health emergency and the House and the Senate will have to convene as "a committee of the whole" to review the reinstatement of the emergency.

He reinstated the emergency for 60 days. The emergency can be terminated earlier and it can be approved for renewal by the Legislative Council.

Reinstituting the public health emergency would allow the Arkansas Division of Emergency Management to seek assistance in health care programs through an interstate compact and also ease licensure for certain health care professionals, he said.

Shepherd said reinstating the emergency "seems to make sense because of the need to bring in additional resources from out of state.

"From what I heard [from Hutchinson], it didn't sound like anything that would be potentially controversial in terms of what he is looking to do," he said.

Garner said "it's a fair move" for the governor to reinstitute the emergency.

Sen. Breanne Davis, R-Russellville, who is a former school board member, said she opposes changing Act 1002 because that decision should be made by parents and students.

"Quite frankly, I think it will create chaos for different school [district] mask policies," she said.

"We talk about conservative values and local control and I think the most local is to allow individuals and families to make that decision for themselves," Davis said.

"I think it will be fairly cut and dry and when we get close to the time people will have to do some serious consideration because we are dealing with the lives of our children. With this crisis, that is not going away, we have to do everything we can in our power to protect our people," he said.

House Education Committee Chairman Bruce Cozart, R-Hot Springs, said he would support a change in the law, based on conversations with superintendents and parents in his district.

"They should be able to do what they need to do and make the right decisions. ... I think they can make their own decisions according to cases at their schools. I just think the local level is the place to do it because not every school is the same," he said.

Cozart, who is a former school board member, said he was out of town when the House approved the bill that became Act 1002, so he did not vote on it but would have supported it, because the majority of people were tired of wearing masks and "didn't want somebody telling them they had to wear them."

He said he expected the special session to be contentious, as with anything "dealing with people's rights and their liberties."

House Public Health, Welfare and Labor Committee Chairman Jack Ladyman, R-Jonesboro, said Thursday that he wasn't prepared to state his stance about a possible change just yet, but he would follow the will of his constituents.

"I am grateful for the opportunity for legislators to do something in light of our public health situation changing with the surge of cases," she said. "Since our kids 12 and under cannot be vaccinated and in light of the highly contagious variant being present, and school starting, we must use all tools we have to protect our youngest and most vulnerable. I am hopeful that we can all agree that this is a necessary step due to the conditions/data that we have now." 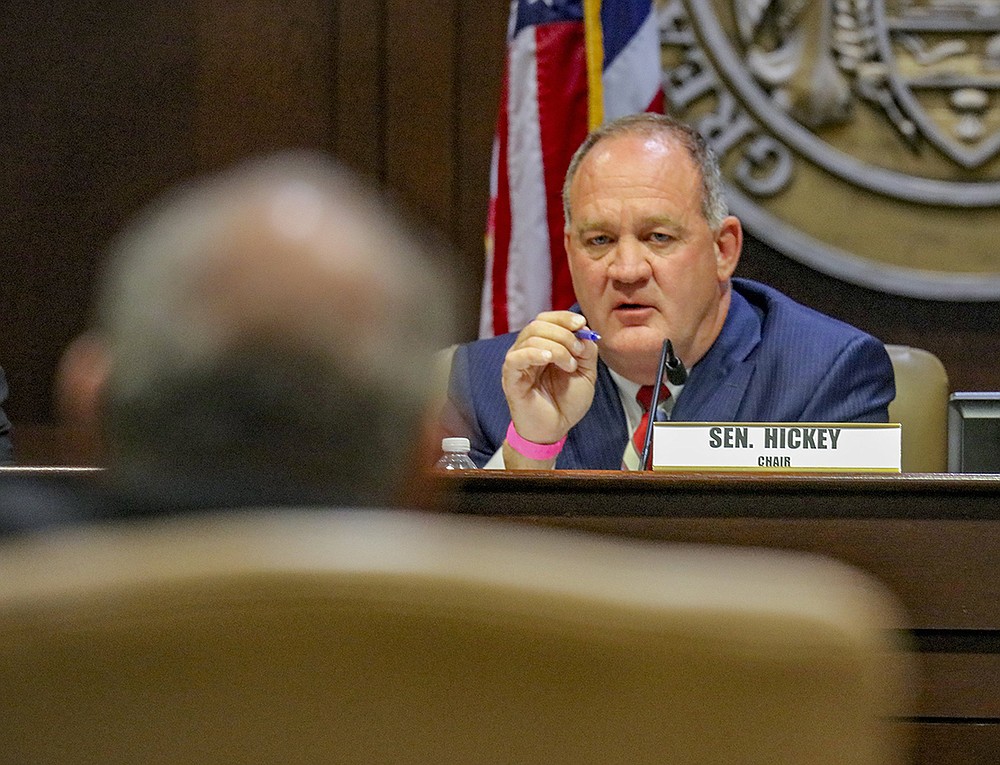 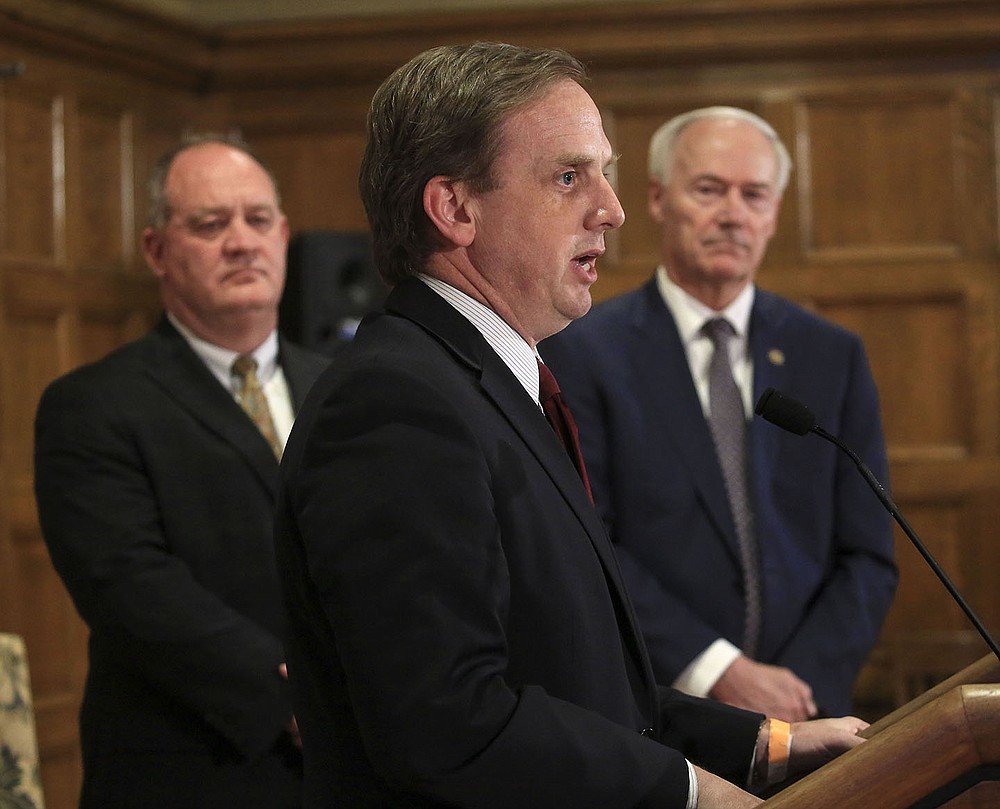 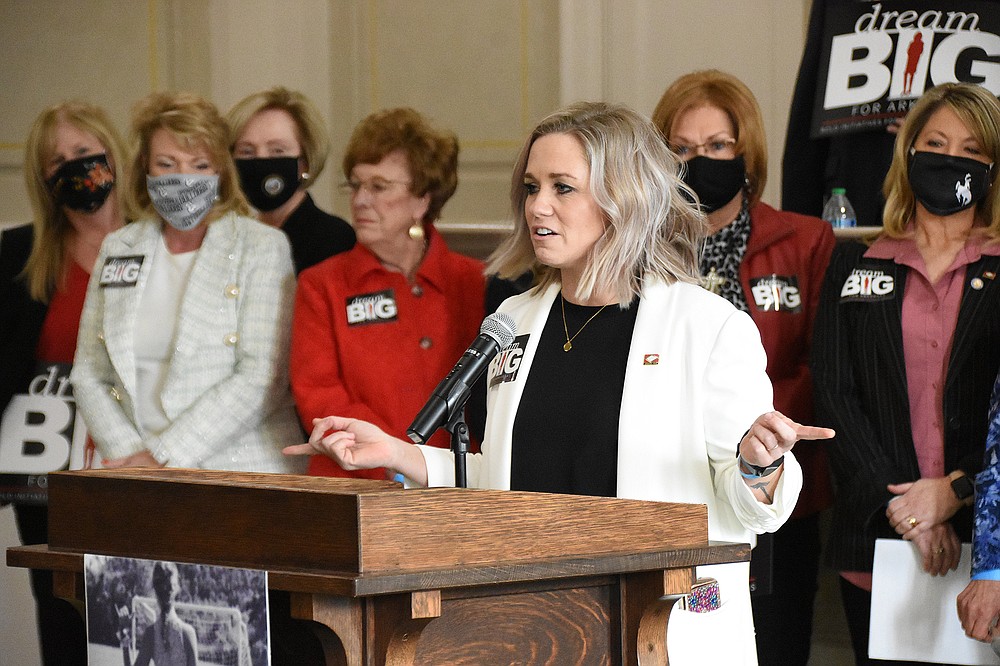 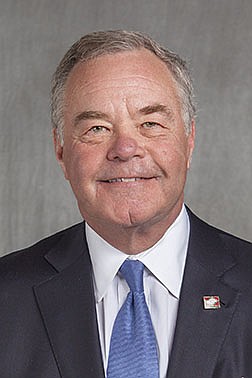