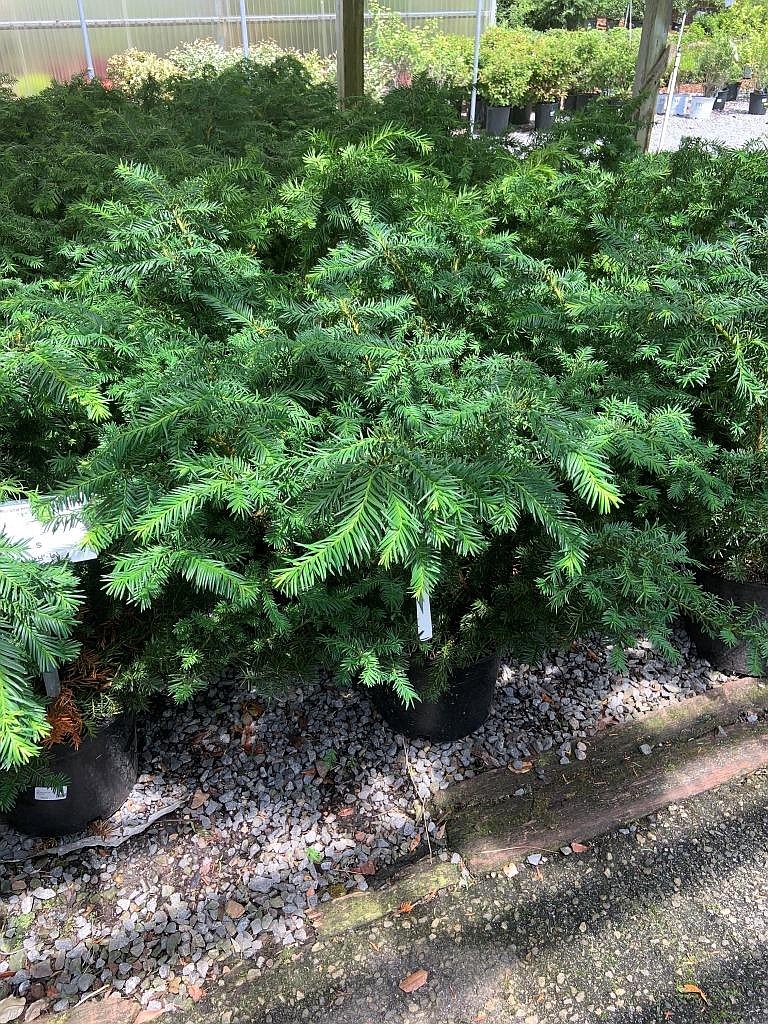 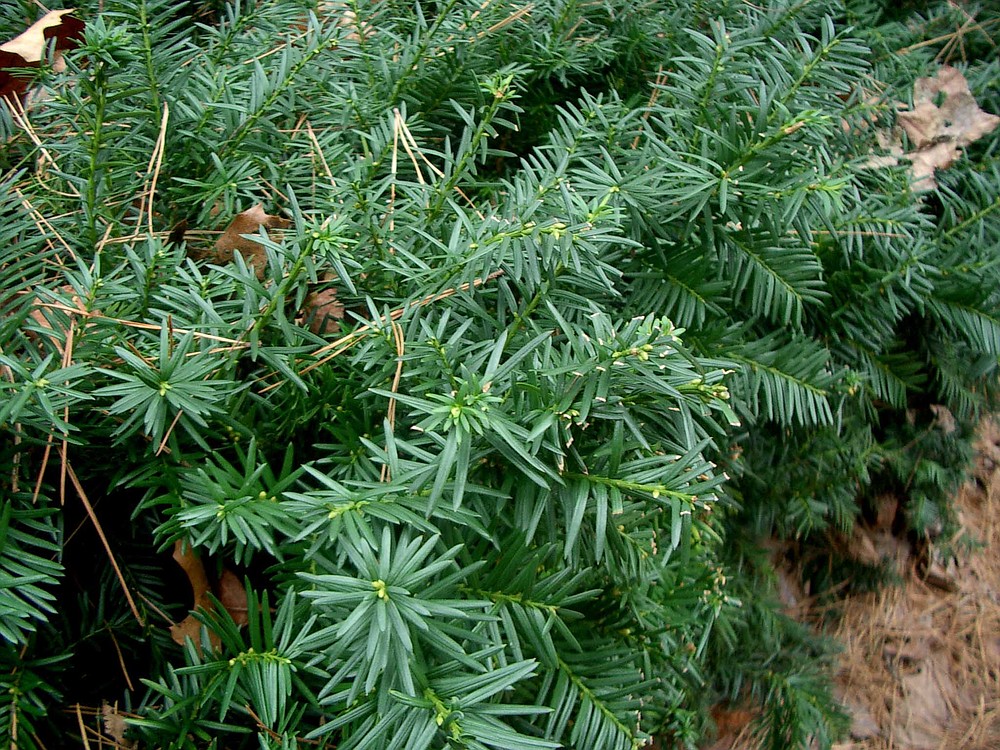 Cephalotaxus has slightly larger and wider needles, and is much happier in a southern garden than Taxus yew. There are varieties that are upright or low and spreading. This is the spreading form ‘Prostrata’ 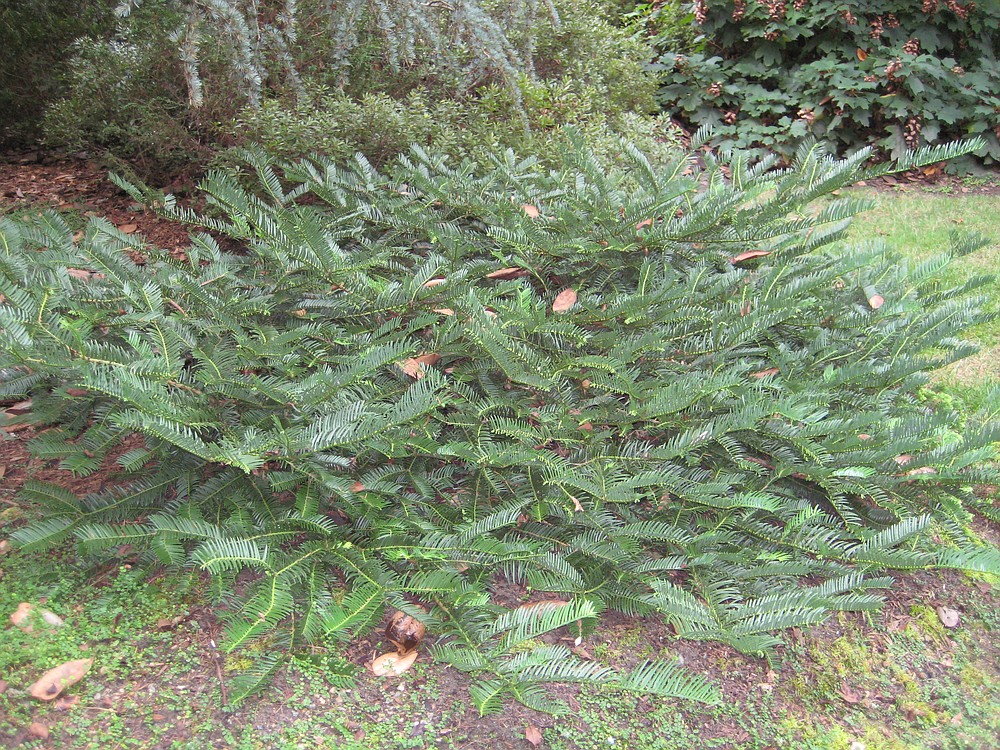 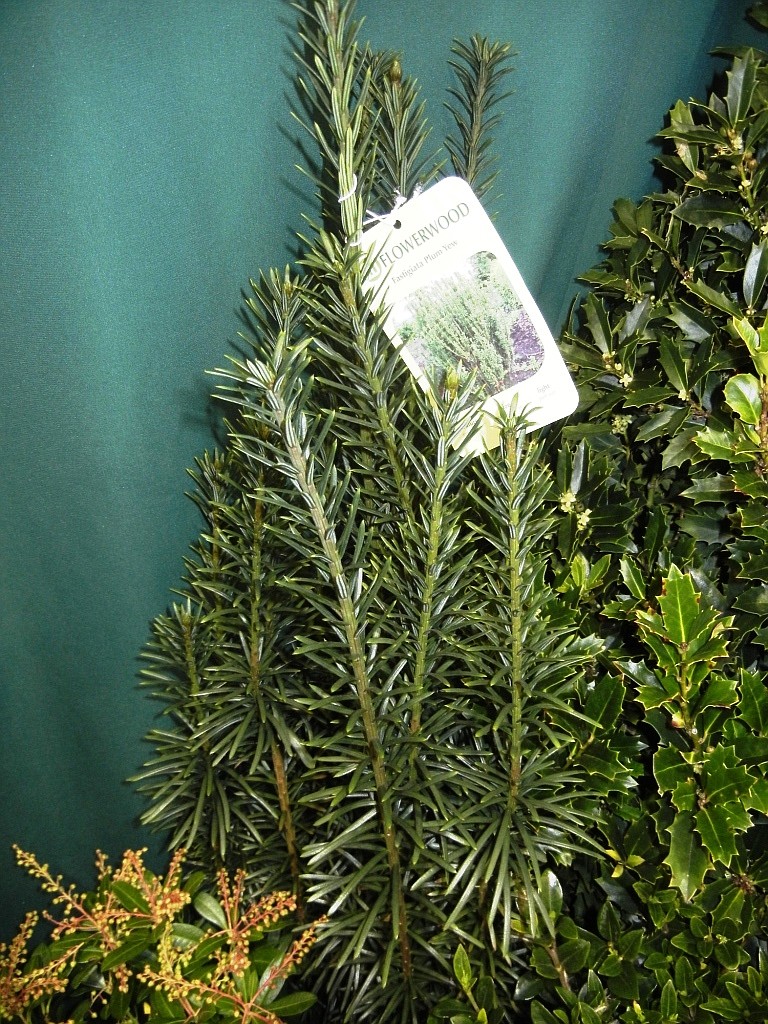 There are separate male and female plants. ‘Fastigiata' grows to eight feet and has a columnar form. ‘Prostrata' has a spreading form and grows just a few feet high and three to six feet wide. 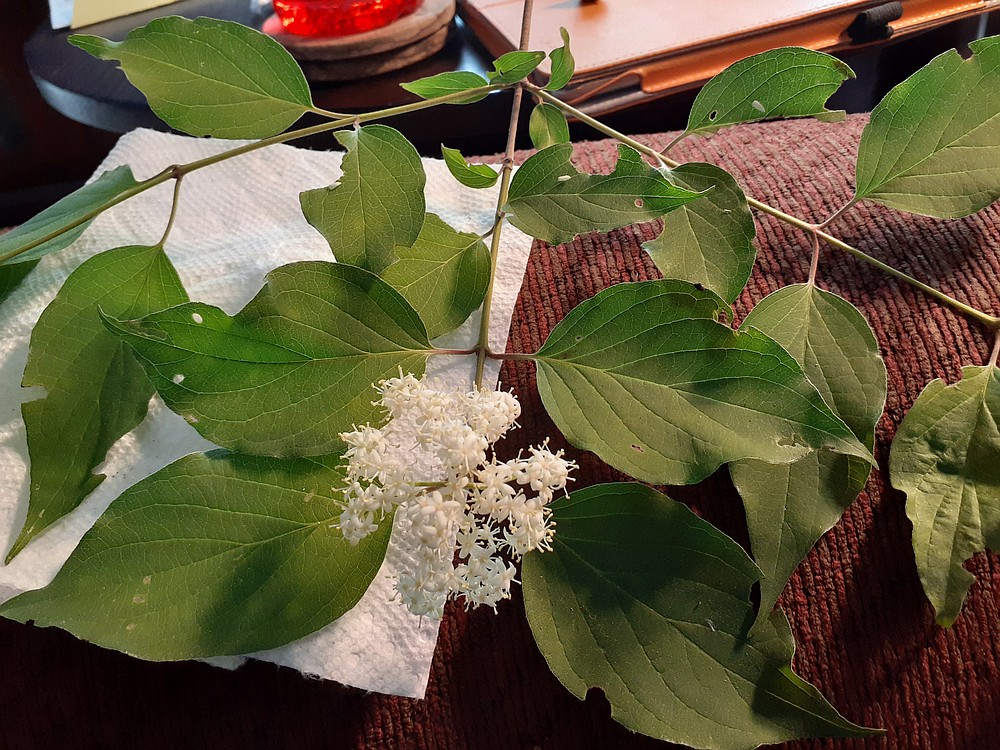 is one of six native species of dogwoods in Arkansas. Most people are familiar with the single flowering showy flowering dogwood—Cornus florida, 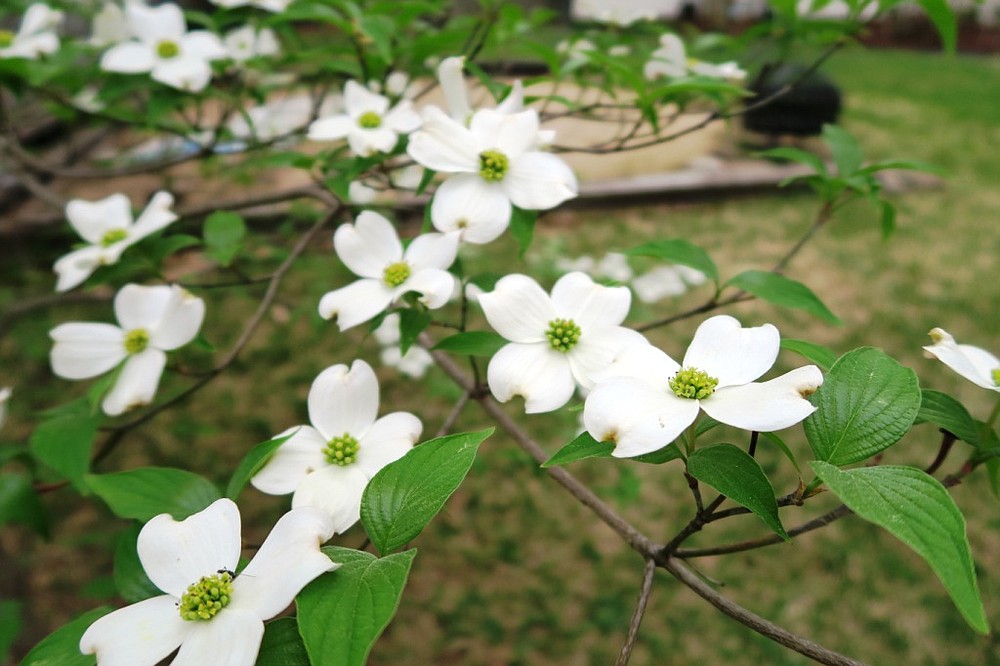 but the other species produce these clusters of white flowers. This picture was sent in by a reader, so I could not feel the leaves. I am guessing rough dogwood because it is fairly common in the state, 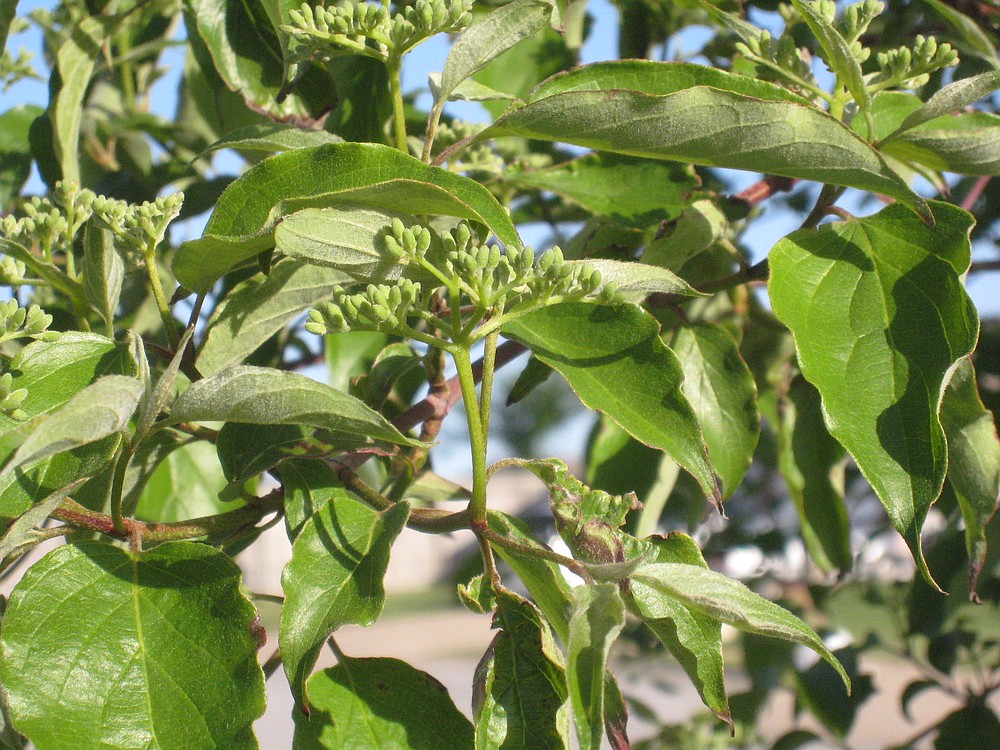 and the leaves are opposite as opposed to alternate, like C. alternifolia. Two other possibilities are Stiff dogwood, C. foemina, or Silky dogwood C. obliqua, but usually their leaves are a bit narrower. But for sure a dogwood. All of the dogwoods have unusual vein patterns on the leaves, 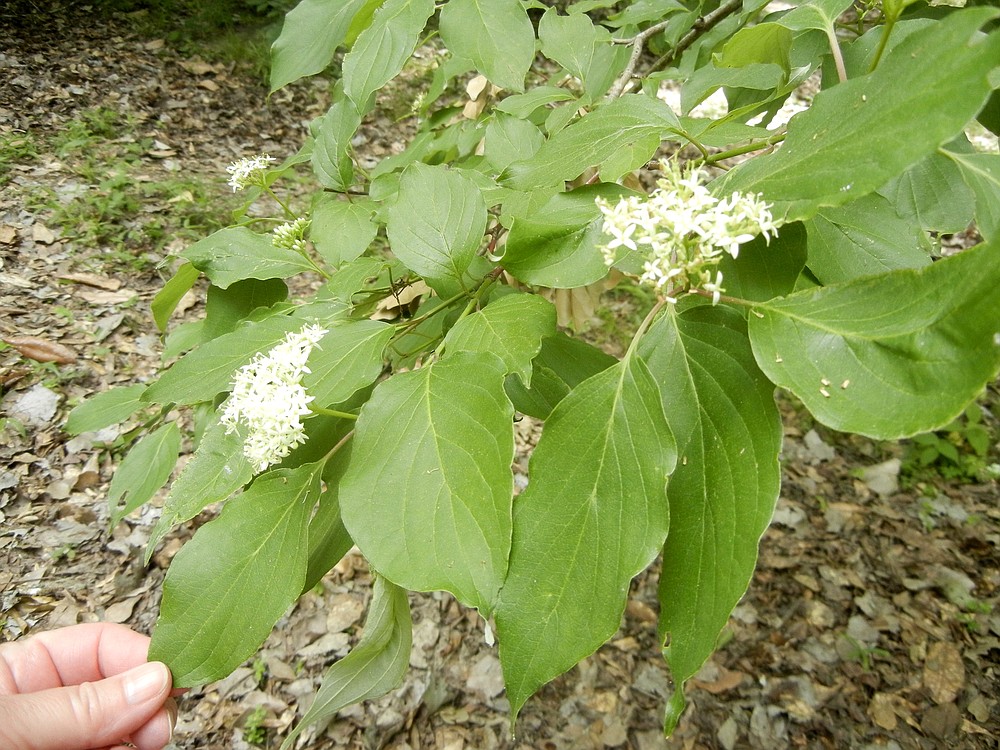 arcing up, which is called arcuate venation. Once fruits set, that can be another identifier, as rough dogwoods have white fruits, while stiff and silky have dark blue fruits. 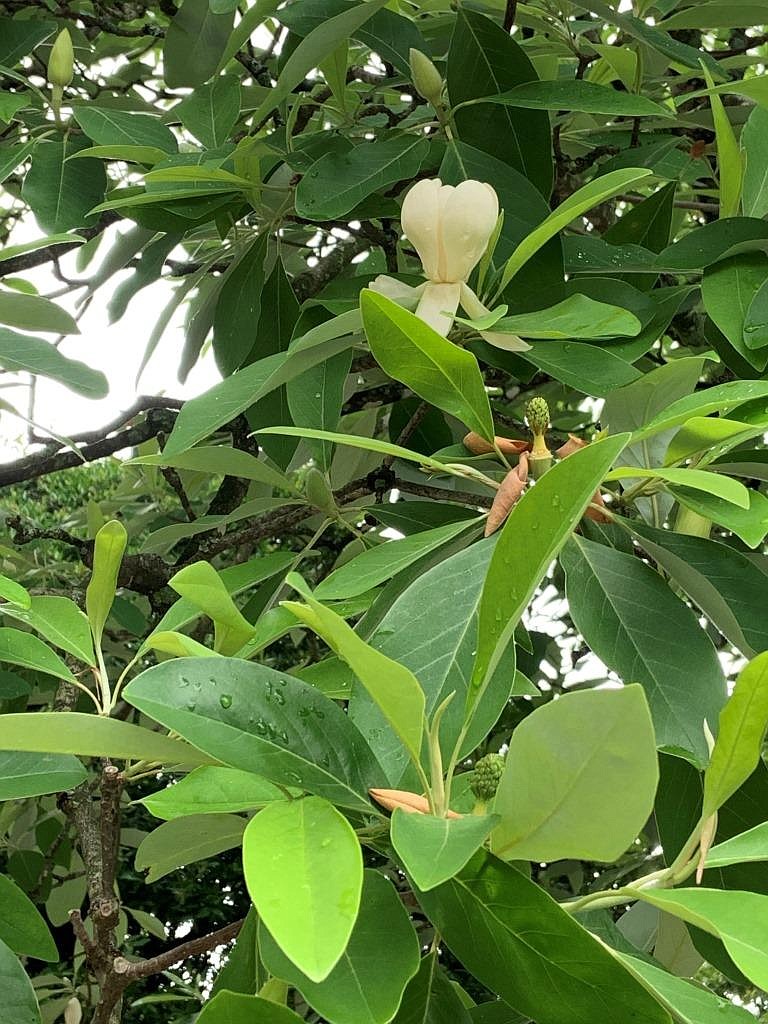 is another fabulous small native tree. 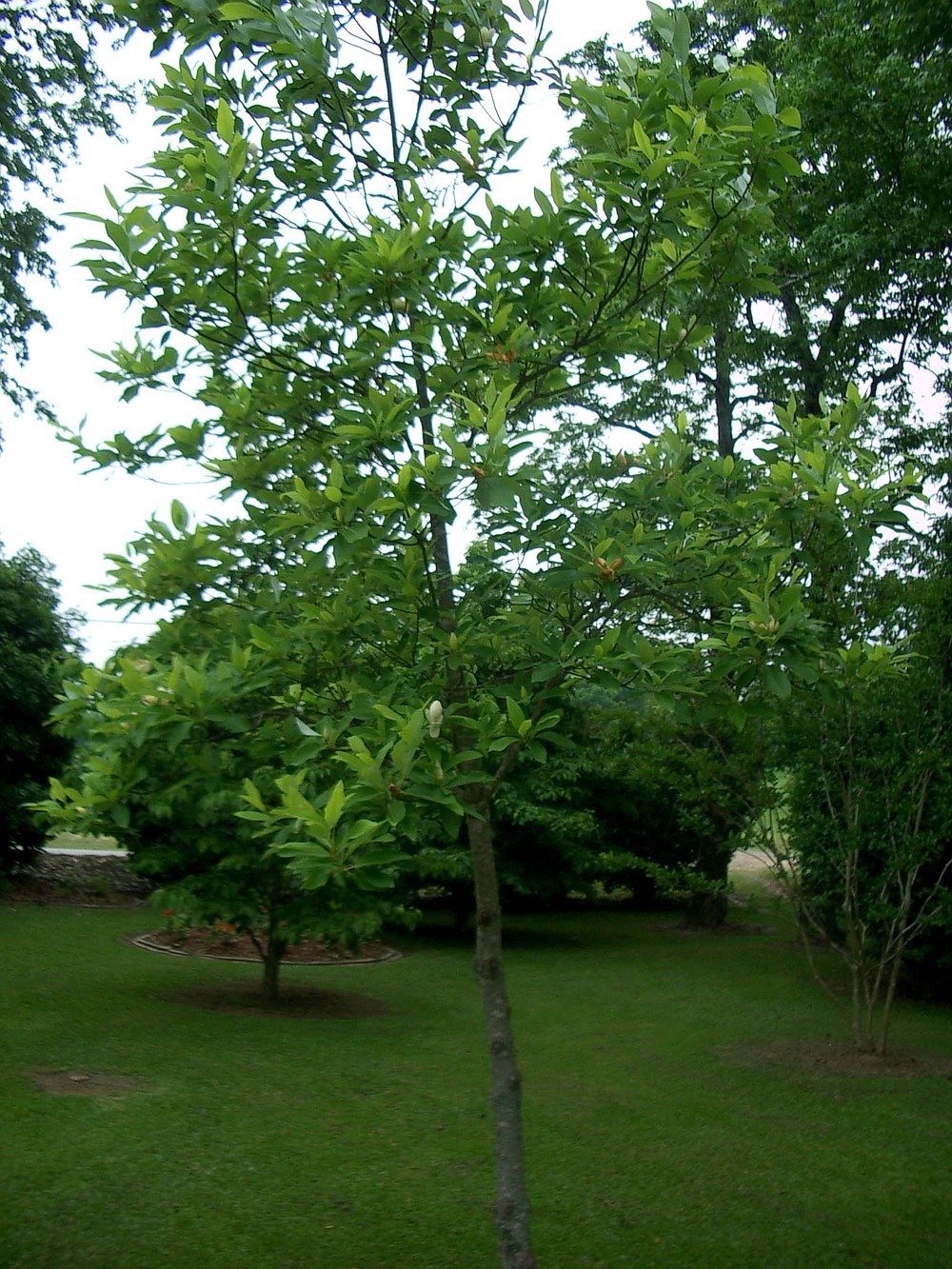 It fits into a home landscape much easier than a large southern magnolia. It is a mid-sized tree at maturity keeping a somewhat narrow canopy. They can be grown as single-trunked or multi-trunked. The plant is semi-evergreen depending on the winter. It has very fragrant creamy white flowers 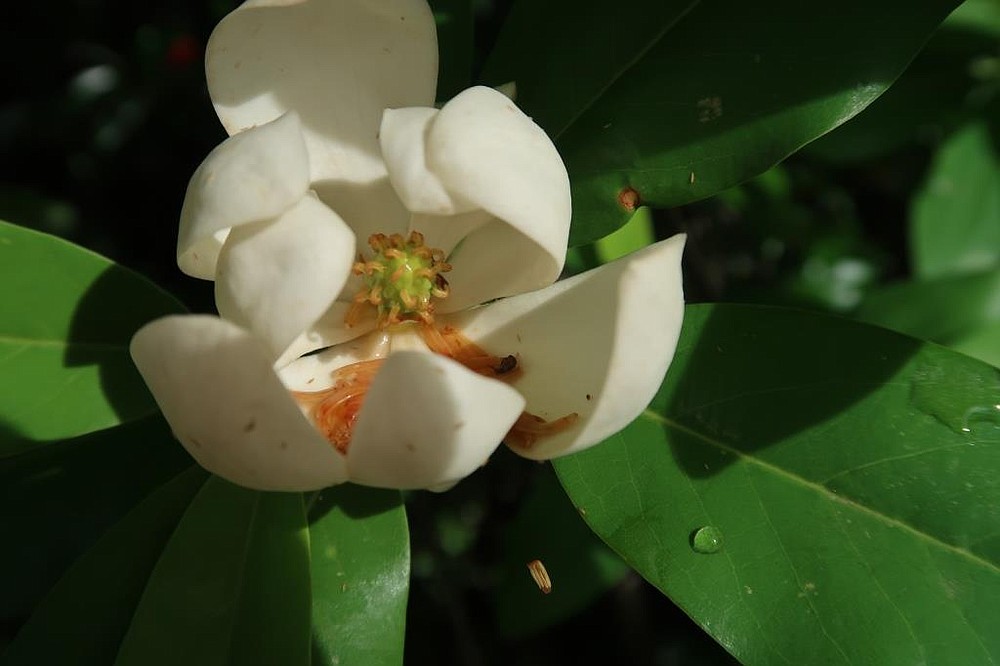 starting in late April to early May and blooming through June. It has an interesting deep pink fruit in the fall. 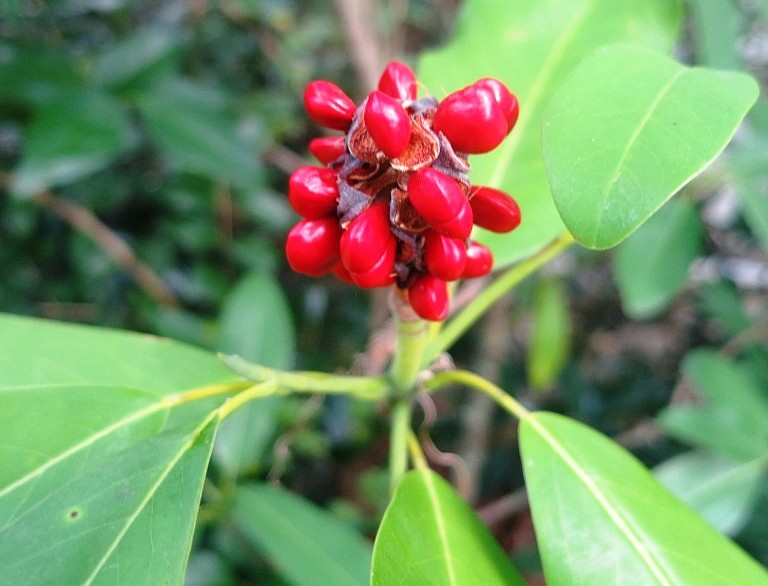 Best as an understory planting or grown in filtered sunlight, or morning sun and afternoon shade.