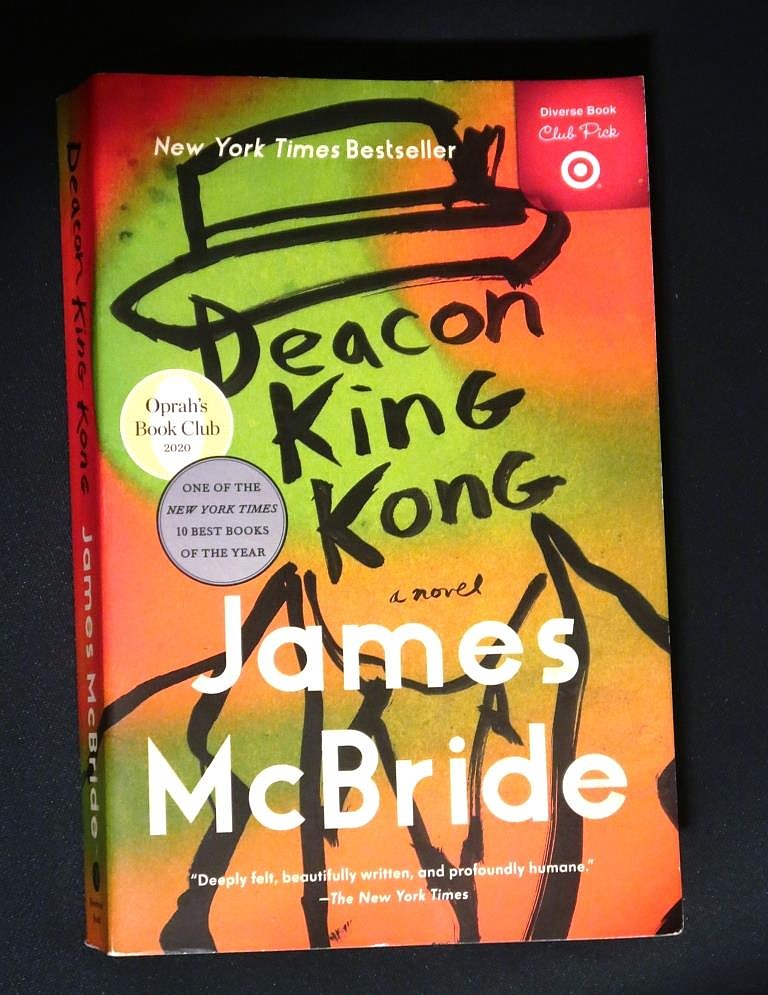 Deacon King Kong by James McBride was our book club book up for discussion today. Our opinions were not unanimous. One person really liked the book and gave it a 4 out of 5 rating, while the lowest was a 2.75. 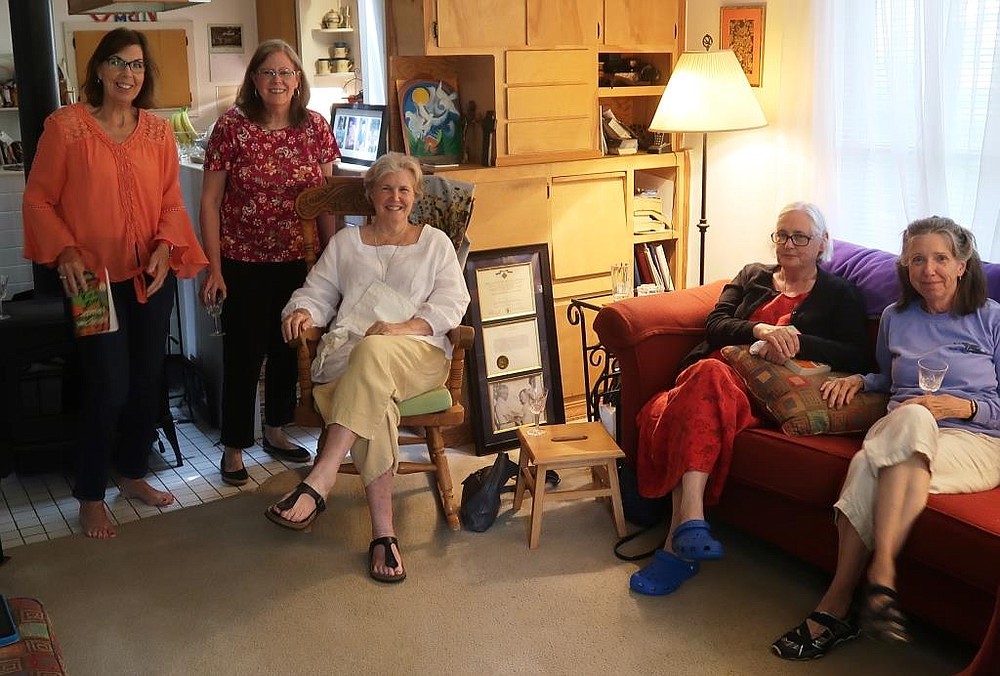 A few vacillated on their ratings based on todays discussions, but overall it came in at a 3.25.

For many of us it was hard getting into. There are a huge cast of characters (134 to be exact), and many of them have numerous names and nicknames--including Sportcoat, Pudgy Fingers, Lightbulb, Rooster, and Sweet Corn. There is a lot of dialect, and keeping everyone straight can be a bit challenging. Although in the beginning of the book it says it is 1969, you really don't get any type of historical feeling for when it is taking place--there are no current events happening, no one mentions being in Vietnam, drafted or otherwise, or being a veteran.

The setting is the projects in Brooklyn. Drugs are taking over and life is pretty bleak. Life for many centers around their church and getting by, day by day. The Five Ends Church is featured heavily in the book, and life revolves around it. There are parts that are laugh-out-loud, and others that are pretty bleak. Several of us thought it was a racist book, and painted stereotypical roles for the various nationalities. The author grew up in a similar situation in NY. Some wondered if that excused him from being called "racist".

There are a lot of story lines woven into the book, and many of them come together in the end, but some are left hanging. One member commented that McBride threw up a bunch of story lines and waited to see which ones stuck. For some of the characters and story lines, they seem unnecessary and there is no closure. A key thread for the main character is trying to find the Christmas money that his deceased wife was in charge of. They never find it.

I was having trouble reading it for the first 1/3 of the book, so I downloaded the audio-version and tag-teamed, going back and forth between the written words and the audio. I did enjoy it much better as the story progressed. There are several characters you really like, including Sister Gee, Detective Potts, and Thomas Elefante - The Elephant and his mother, and Sister Paulletta. One of our members asked how we could like a gangster who killed people and everyone was afraid of, but he was portrayed in a very human light and you kind of overlooked the bad.

The main character Deacon King Kong, or Sportcoat, is a drunk, and has had every illness in the world and survived them all. Some questioned whether he was suffering from dementia, caused by alcoholism, or from the loss of his wife. At times you liked him and other times not. In spite of the flaws they each had, they did rally to support each other. Free monthly cheese shipments are a mystery until the end of the book, but that free cheese was a key image of the book. Cindy centered her menu on cheese from pizzas with cheese to cheesecakes for dessert. We thought we might get moonshine, since that was a huge part as well-- a local brew named 'King Kong', but luckily we just had wine.

While not my favorite book, I think the book is worth reading. You might also enjoy listening to it. We did have a great discussion. I always find it interesting to hear others perspectives.