The end of an era

A recent Facebook post announced the end of the Arkansas Flower and Garden Show. The shock and dismay were immediate by past attendees, with a lot of questions as to why.

No one is sadder than I am that the show is ending, 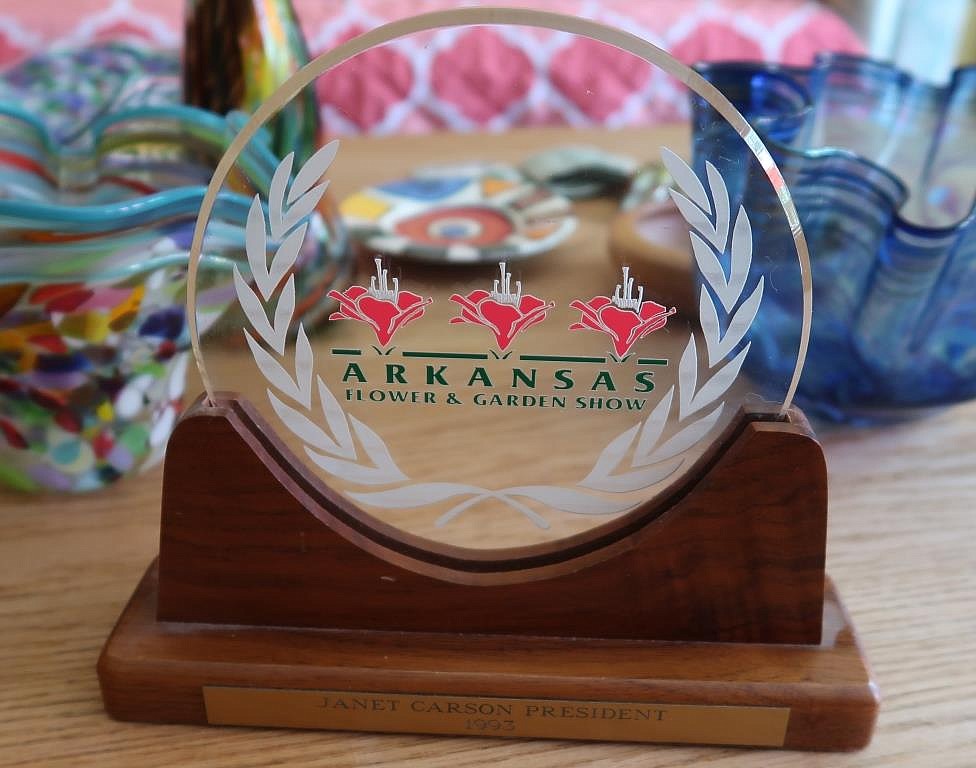 but it was not a decision that was made in haste or made lightly. As with many large trade shows, we have been struggling the past 5-8 years. Prices for venues continued to go up, and while we could raise our fees some, many of our vendors and garden businesses were smaller businesses, and couldn’t pay more. We struggled to get nurseries to put in display gardens—one of the big draws to the show. It costs a lot of money to put in a garden—it isn’t just the plants and hardscape materials, but labor costs to get them built and then torn down in 5 days is huge. 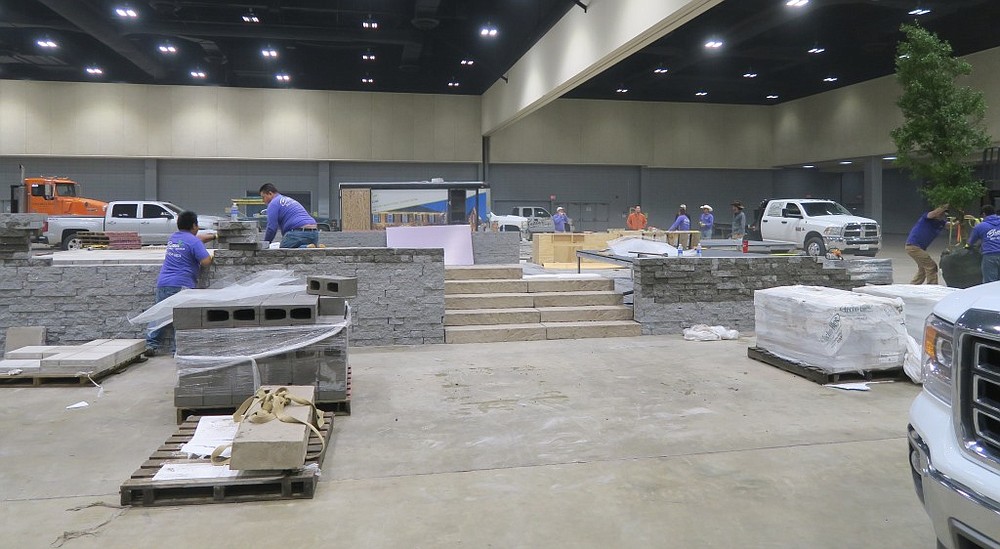 I was always in awe of what they could produce in such a short time. 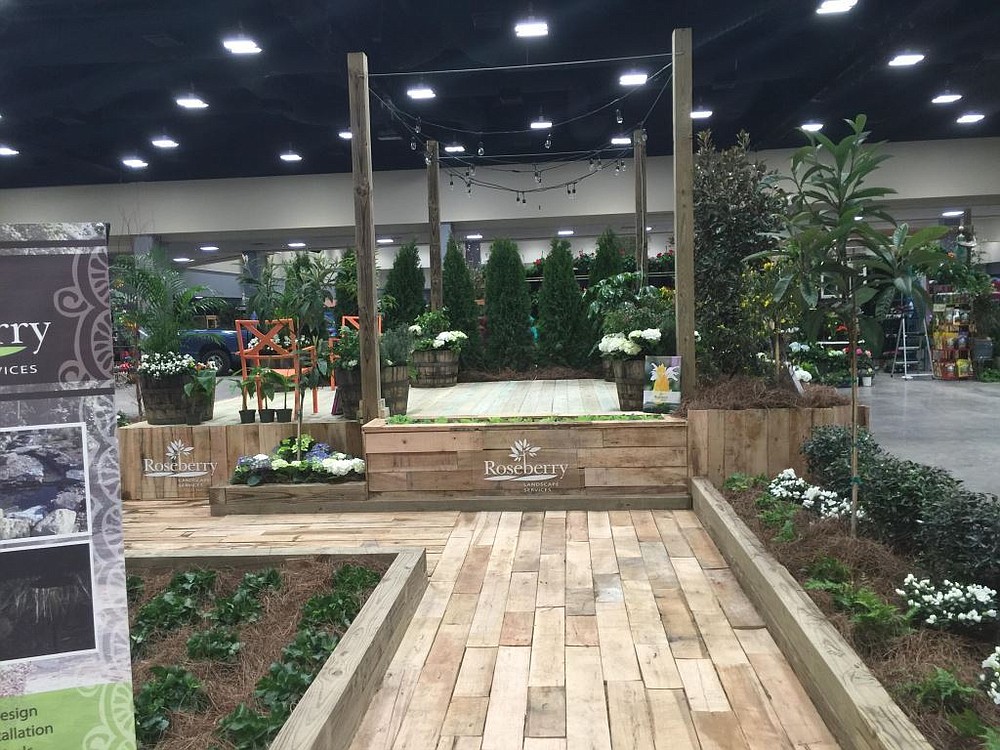 We tried to help by putting in garden incentive money, but again, our budget was getting tighter and tighter, and our costs were going up and up. The Statehouse Convention Center finally became too expensive, and the last year we were there, parking was at it’s worst. We had a ton of complaints, and the number of attendees was continuing to decrease each year.

Budget wise, we were slowly losing money or barely breaking even. We had to do something. The board looked at all the options in central Arkansas and the best option available was the Arkansas State Fairgrounds. 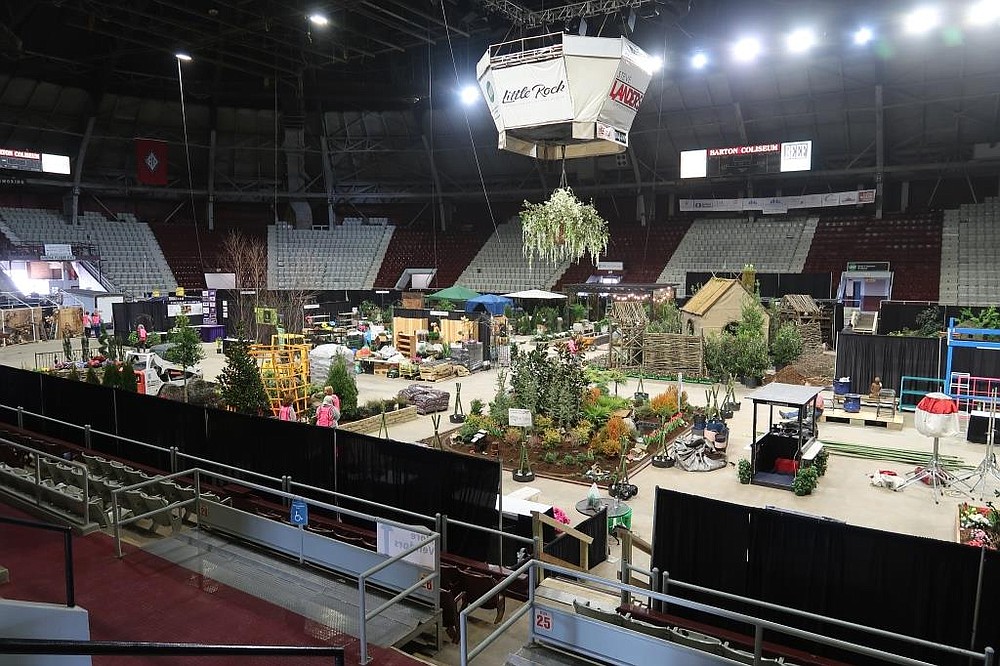 We moved there in 2018 taking over several buildings. We had perfect weather, parking was amazing, and we thought things were going well, but we didn’t get a huge crowd, and we did not make any money. 2019 was not any better. The board met with the key garden designers, and the longest main booth vendors at the fairgrounds to decide if we needed to continue doing a show. It was too much work to break even or lose money—for everyone. We hadexcellent attendance at this "Hail Mary" meeting, and the group voted to give it one more try. To save money, it was decided to consolidate the show into the Coliseum and Arts and Crafts Building, and not use the Hall of Industry building. Unlike in the beginning of the show, we weren’t growing, we were reducing. We really wanted the show to succeed, but if we did not make a profit at the 2020 show, we would shut down. The goal of the AFGS was to promote the horticulture industry in the state, educate the public, and pay back to the community through Greening of Arkansas Grants and college scholarships. While we were never a for-profit venture, we were dipping into savings to give grants and scholarships. Our reserves were supposed to be there in the event we had a weather disaster and couldn’t have a show. If you have ever been a part of the setup or take-down of the show, you know how much blood, sweat and tears goes into a show. It is just too much work on everyone’s part to not make a profit, and even worse, to lose money.

The 2020 show was great—some of the best gardens we have had in recent years, 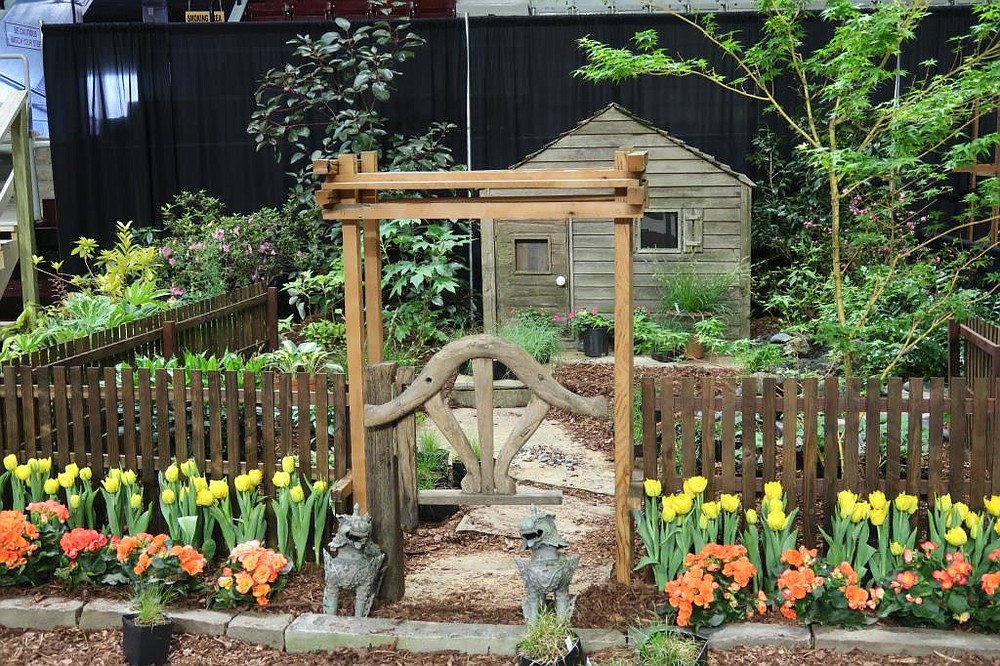 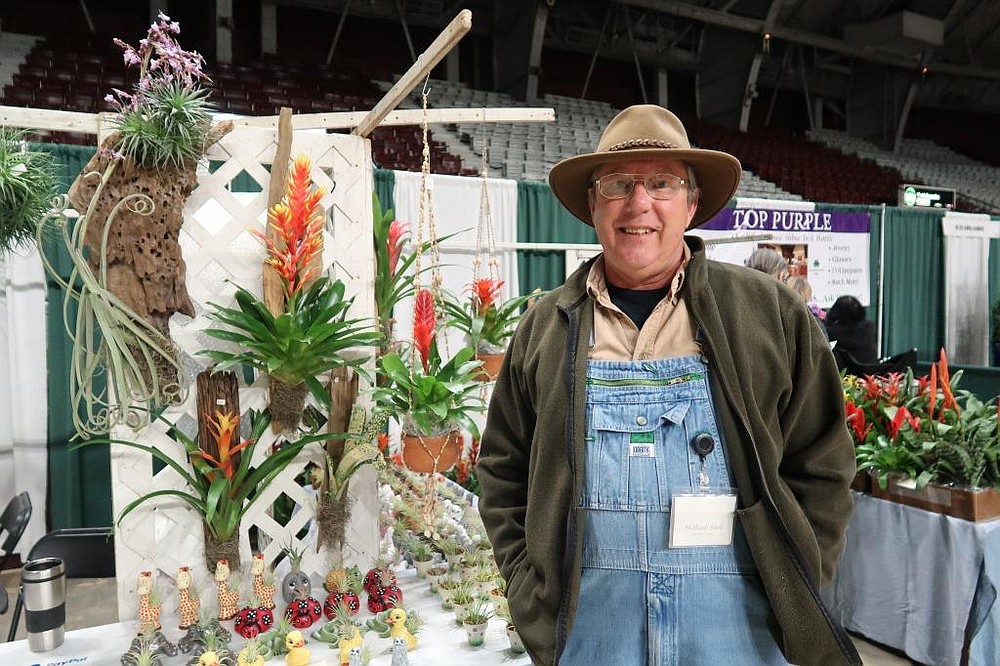 and decent attendance, but once again, we barely broke even. The writing was on the wall.

A fairly new group of board members had come to the show and they decided to try one more year. Then Covid hit and we knew we could not have a face-to-face show in 2021, so an idea was made to try a virtual garden contest, but no takers came. We still had expenses and the reserves were melting. Finally, the vote was made to end the show as we know it. Now there is work to do to end things.

The AFGS started in 1992 with a wish and a prayer, and a whole lot of hard work from a very small group of people. An extension employee’s flight was cancelled on a trip to Denver, so with time to kill she came across a garden show in Colorado. She came back and talked to Ken Scott (the horticulture specialist at the time) 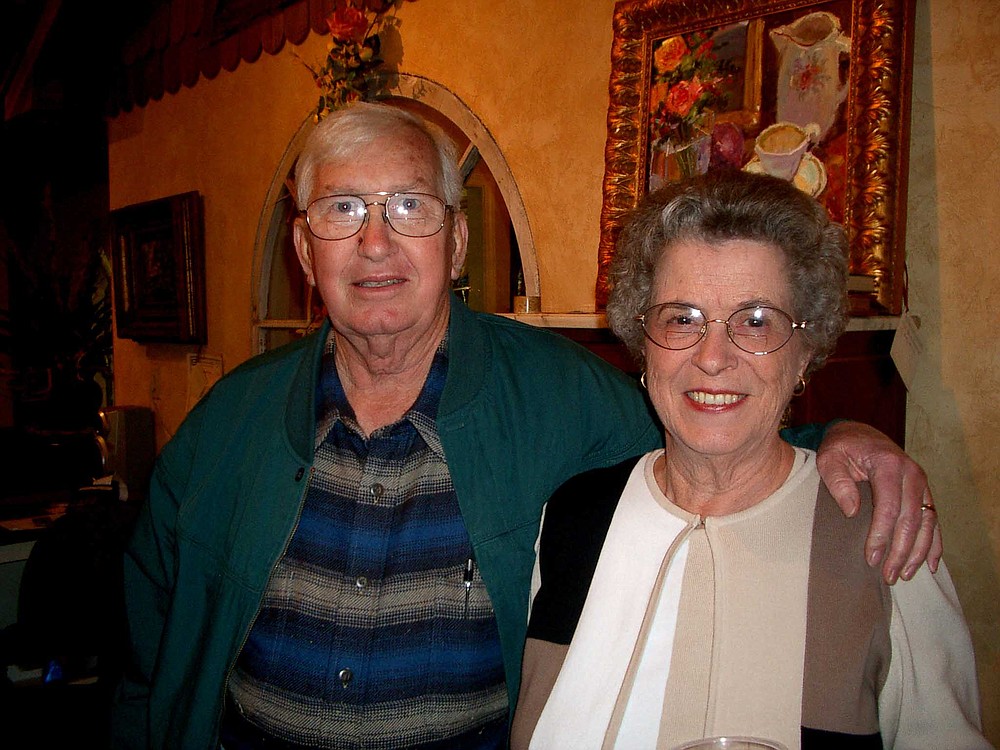 and me (the horticulture county agent in Pulaski County). We visited with extension leadership and they gave us the financial backing to try it. We rounded up some nurserymen, Farm Bureau folks, and rallied the small group of Pulaski County Master Gardener volunteers (we only had been going for 4 years at that time).

Ken and I personally visited all the nurseries in central Arkansas to do gardens, and they all said yes. I visited with the Federation of Garden Clubs and they said yes to a flower show 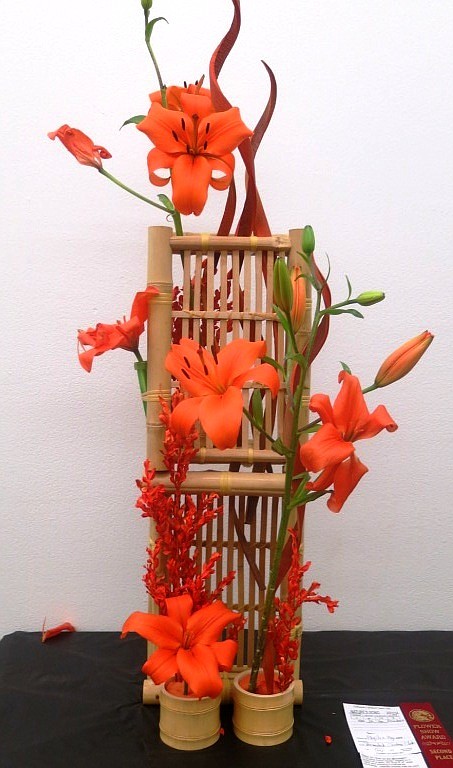 , and 4-H staff said yes to hosting children’s activities—we were off. Master Gardeners rallied as they always do, and we had volunteers galore to support us. 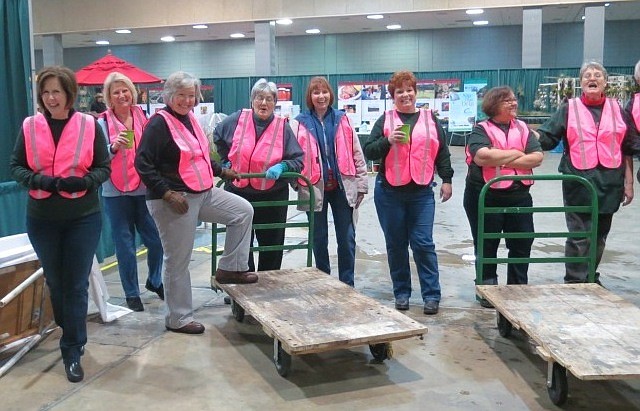 Our first venue was Robinson Center. We had spectacular gardens, lots of booths, a flower show, children’s activities and speakers. We just hoped people would come. Over 7500 did come that first year and we were thrilled. We paid back Extension and organized into a non-profit 501C3. We quickly outgrew our space at Robinson Center and moved to the Statehouse Convention Center—first one hall, then 2, then 4 and then all the halls and the upstairs ballrooms. 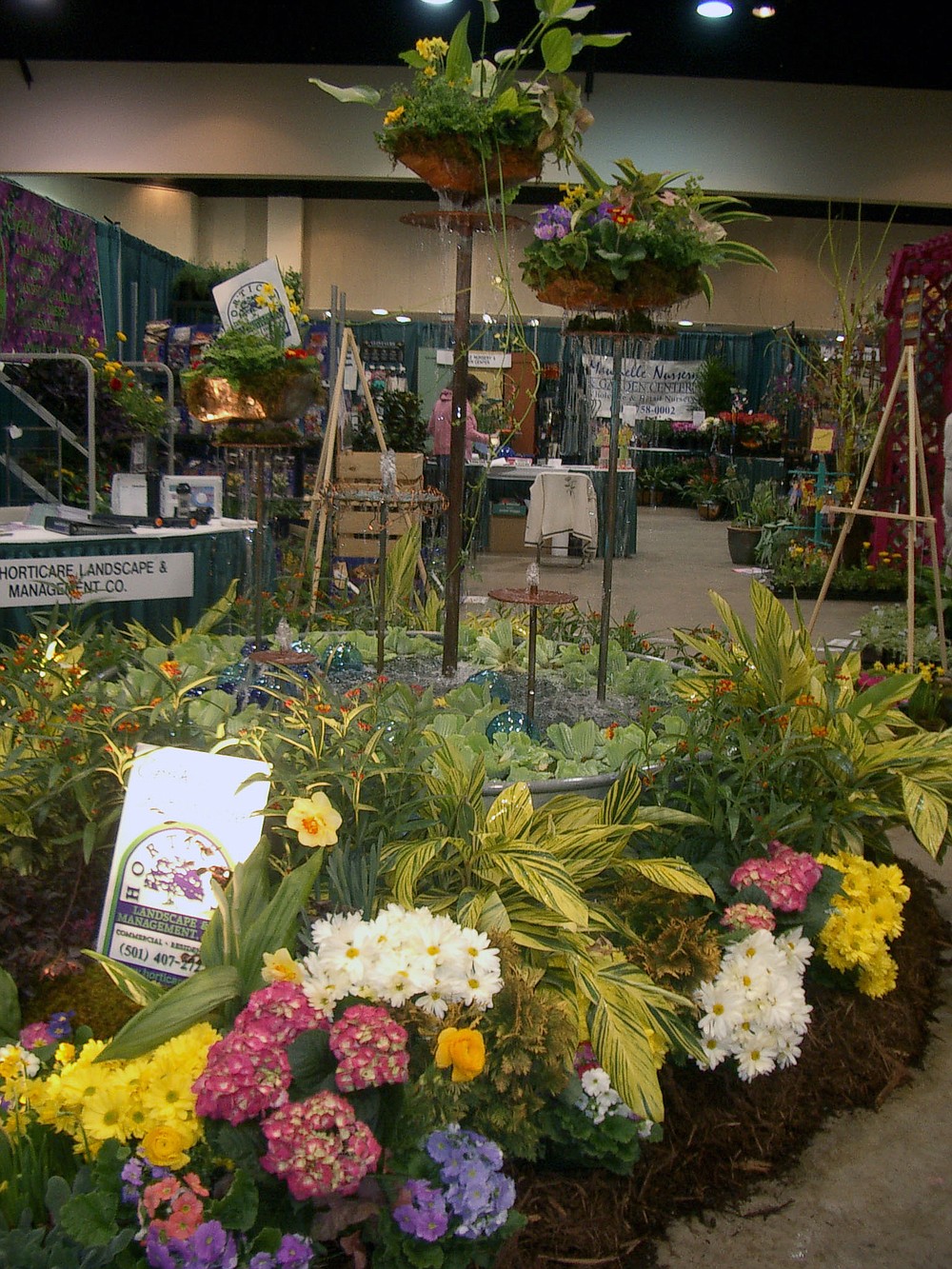 We were exploding! Record numbers topped 13,000 people in a weekend.

As time went on, our numbers of attendees started to plateau, then went down. Where in the past we had garden displays or booths from garden businesses across the state, the only group still coming from outside Pulaski County was the Ozarks Folk Center for a garden. Many of the larger nurseries in the state had plenty of business without us, and they were doing educational seminars at their sites, and some were putting in display gardens at their nurseries. Putting in a huge garden at our show was expensive, 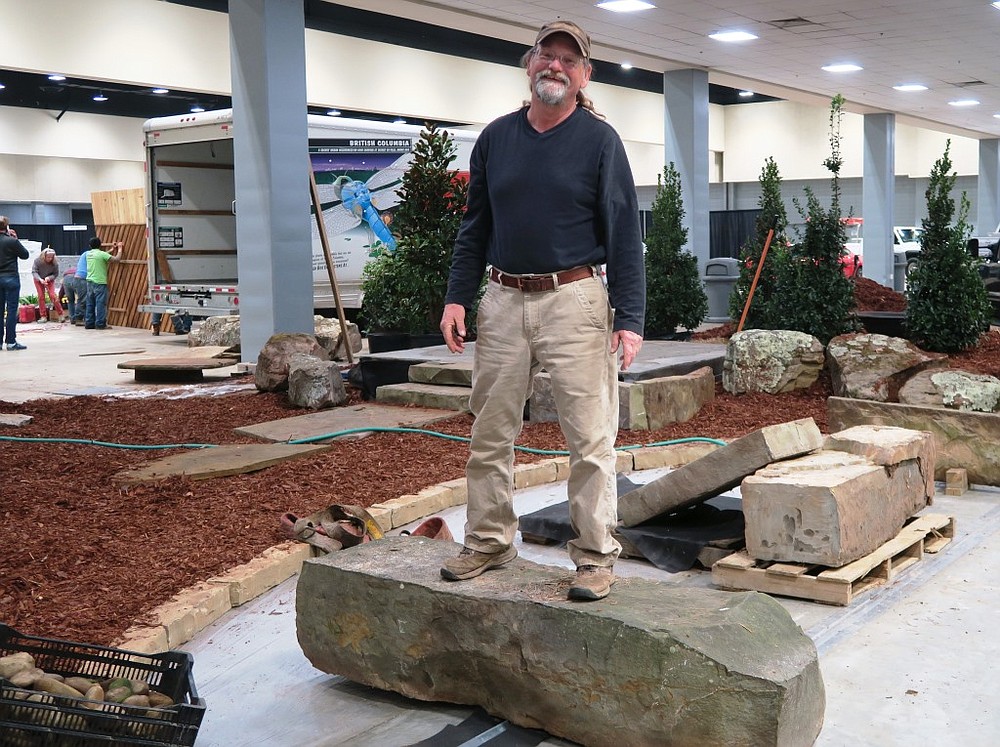 but manning staff for 3 full days at both the show and their nursery was also expensive. We started losing some of our nurseries from the show. New businesses and smaller companies were coming in to take the space, but they didn’t have huge amounts of money to spend either. We started reducing our space. We moved speakers back into the halls, put the flower show in the hallways and tried to save money.

We raised booth fees some, raised the ticket prices, tried special events and sponsorships, but our numbers continued to decrease, and we even struggled at times to fill all the spaces with garden related businesses. We ended up filling the space with mattress sellers, or home products versus garden products. Attendees complained. We made the hard decision to move to the fairgrounds, and the staff there bent over backwards to help us. Parking was amazing, parcel pick-up fantastic, and we had high hopes. After three years, we were still looking for ways to reduce costs and put on a quality show. We gave it a good run for 30 years. I will miss all the people I saw once a year at the show—it was always like old-home week for me, but it is time to move on. Maybe another group will have an epiphany when stranded in another town and come up with a new idea. 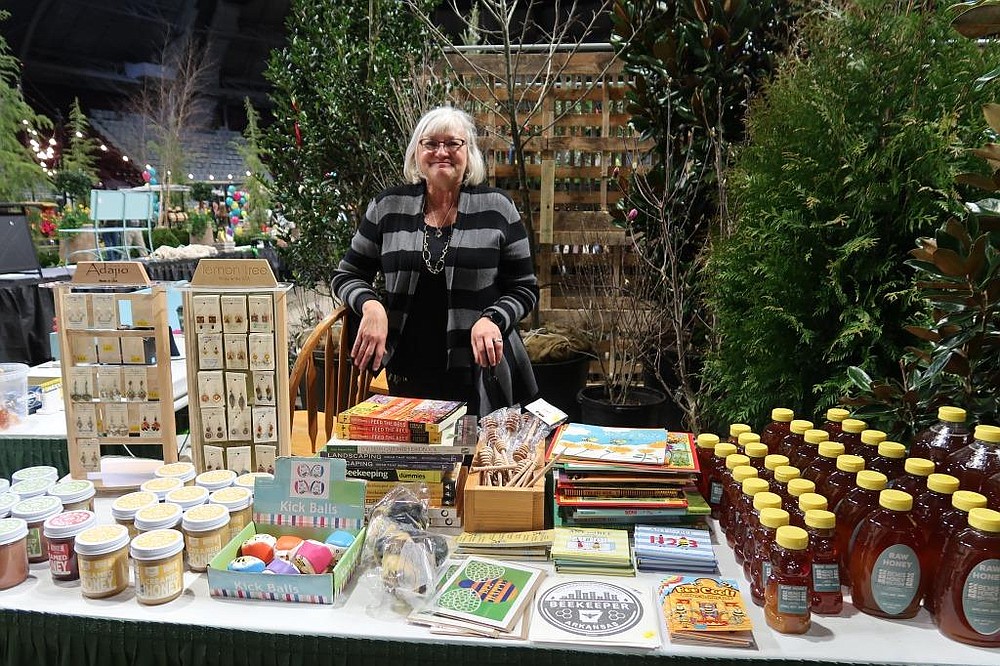 The Arkansas Federation of Garden Clubs has worked hand-in-hand with us from the beginning to put on a world-class flower show, bringing in their volunteers from across the state. The show could not have happened without the Arkansas Master Gardeners who came from all corners of the state to volunteer or just attend. We never lacked for volunteers, in fact, sometimes had to turn some down! And thanks to all of you who attended a show, bought goods from our vendors, or applied for Greening of Arkansas Grants or scholarships. The AFGS has been a part of my life for a very long time—I will miss it, but I think it leaves behind a strong legacy of gardening in the state. Today we have great public gardens, lots of horticulture education options (both virtual and in-person, now that Covid is leaving) and more opportunities to learn about gardening than when we started the show in 1992. Maybe that is the true legacy the show is leaving behind! Happy Gardening!