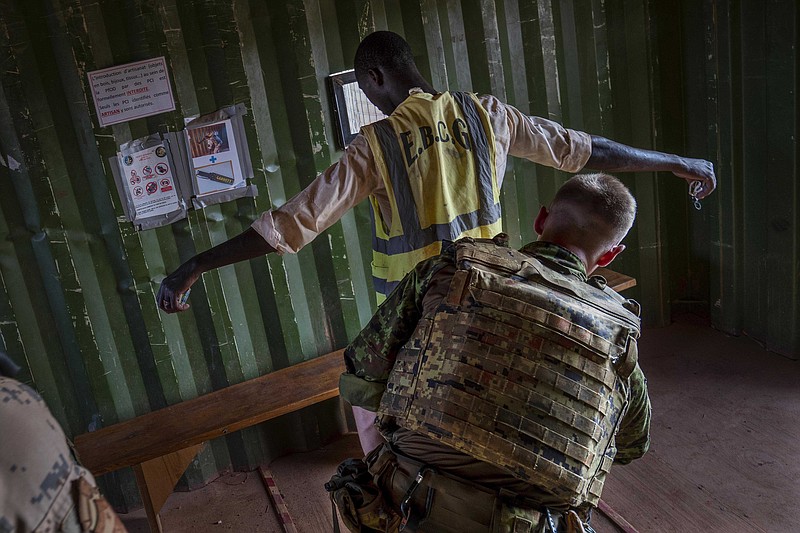 An Estonian Barkhane force soldier checks a Malian worker leaving the base after a day's work in Gao, eastern Mali, Sunday June 6, 2021. Col. Assimi Goita who retook control of Mali's transitional government May 24 2021 by forcing the resignations of the civilian transitional president and prime minister is to be inaugurated in the capital Bamako Monday June 7, 2021. Meanwhile, France has suspended joint military operations with Malian forces until the junta complies with international demands to restore civilian rule. (AP Photo/Jerome Delay)

BAMAKO, Mali -- Mali coup leader Col. Assimi Goita was sworn in Monday as president of a transitional government, solidifying his grip on power in the West African nation after carrying out his second coup in nine months.

The inauguration ceremony in the capital, Bamako, came as Mali faces increasing isolation from the international community over the junta's power grab. Already, the African Union has suspended Mali's membership, and France has temporarily suspended its joint military operations with the Malian military to exert pressure on Goita to step aside.

But two weeks ago he ousted those civilian leaders after they announced a Cabinet reshuffle that sidelined two junta supporters without consulting him. Mali's constitutional court also approved him as interim president.

During his inauguration speech, Goita called on Malians to display "cohesion and solidarity." He pledged to reduce government spending and "to facilitate access to drinking water and primary health care."

He also promised that presidential elections would be held on schedule.

"I would like to reassure the international community that Mali will honor all of its commitments," he said.

Goita faces international pressure to hold an election in February 2022, as required by the original transitional government agreement last year. Given the latest developments, however, it is unclear what will happen on the election front.

Continued political instability in Mali, many fear, could further embolden Islamic extremists, who have been carrying out attacks for nearly a decade in the country's volatile north.

The West African regional bloc, known as the Economic Community of West African States, has been supporting mediation talks in Mali. The bloc also called for a new civilian prime minister in Mali to be nominated immediately and a new inclusive government to be formed.

Choguel Kokalla Maiga was appointed Mali's new prime minister on Monday, according to a statement read out on the country's national broadcaster a few hours after the inauguration. Maiga is a veteran politician who was a leader in the M5, a popular movement whose protests precipitated the fall of former President Ibrahim Boubacar Keita in the August 2020 coup.

The regional bloc, and the African Union, have made clear that the head of the transition government, the vice president and the prime minister should not under any circumstances be candidates in the next presidential election.

Former Nigerian President Goodluck Jonathan is returning to Mali this week to continue mediation on behalf of the Economic Community of West African States.

Islamic extremists took control of major towns in northern Mali after the 2012 coup.

Only a 2013 military intervention led by former colonial power France pushed the extremists out of those towns. France and a U.N. force have continued to battle the extremists, who operate in rural areas and regularly attack roads and cities.

Information for this article was contributed by Carley Petesch of The Associated Press. 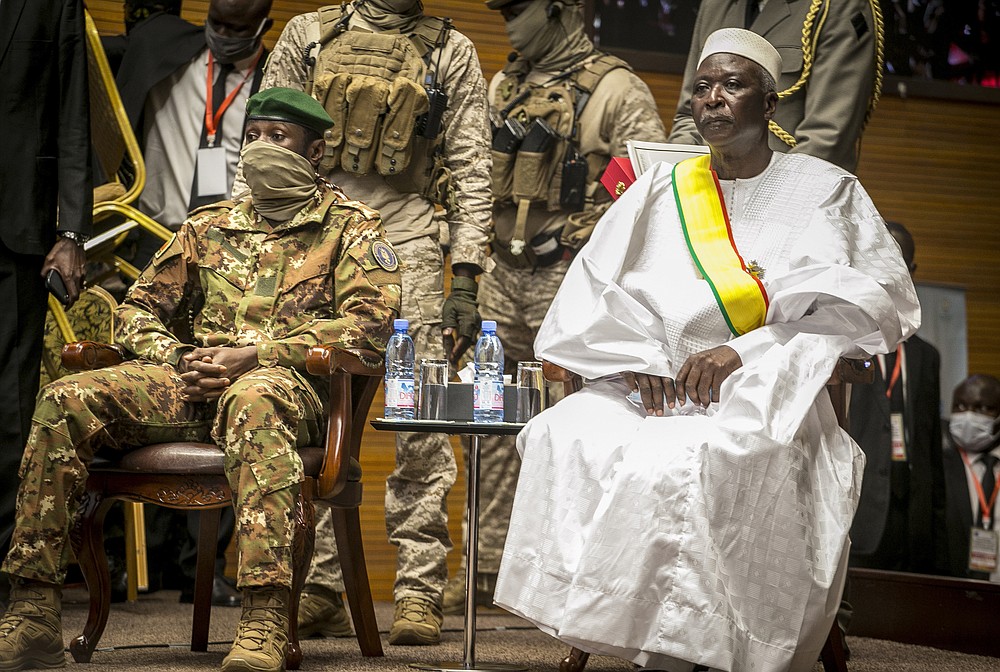 FILE- In this Friday, Sept. 25, 2020 file photo, retired Col. Maj. Bah N'Daw, right, is sworn into the office of transitional president, and Col. Assimi Goita, left, head of the junta that staged the Aug. 18 2020 coup, is sworn into the office of transitional vice president, at a ceremony in the capital Bamako, Mali. Mali's military has released the transitional president and prime minister Moctar Ouane from detention Thursday May 27, 2021, after they resigned from their respective posts.(AP Photo, File) 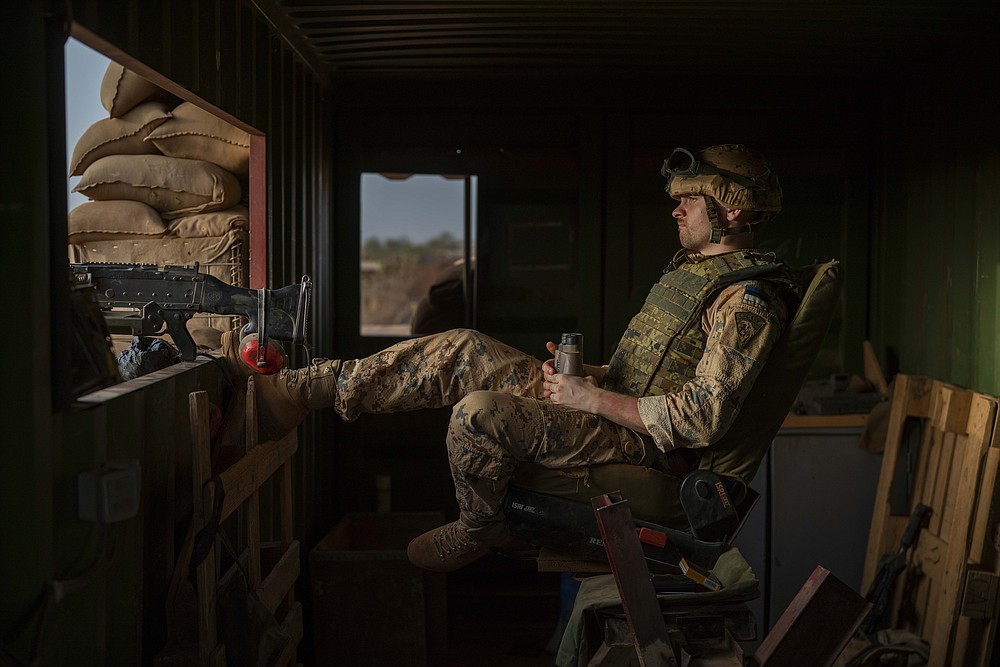 An Estonian Barkhane force soldier mans the checkpoint at the entrance of their base in Gao, eastern Mali, Sunday June 6, 2021. Col. Assimi Goita who retook control of Mali's transitional government May 24 2021 by forcing the resignations of the civilian transitional president and prime minister is to be inaugurated in the capital Bamako Monday June 7, 2021. Meanwhile, France has suspended joint military operations with Malian forces until the junta complies with international demands to restore civilian rule. (AP Photo/Jerome Delay)
ADVERTISEMENT