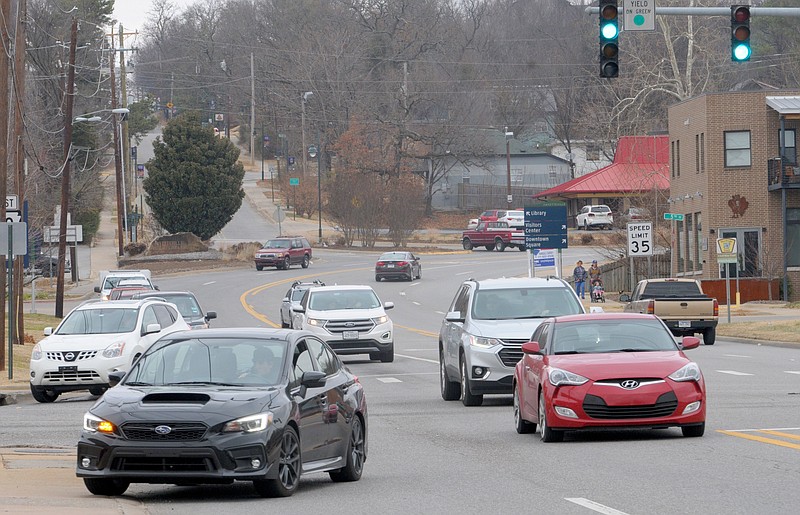 The City Council's Transportation Committee met Tuesday and reviewed public comment on two planned projects. One was Mission Trail, which will connect pedestrians and bicyclists on Mission Boulevard from Maple Street to Viewpoint Drive. The other was a redesign of Archibald Yell Boulevard from the intersection at Rock Street to Martin Luther King Jr. Boulevard.

The Mission Trail project overall received lots of positive feedback from residents, Public Works Director Chris Brown told the committee. The city received more than 760 comments in spring through notification forms and an online survey on the city's Speak Up Fayetteville page.

Much of the feedback focused on the intersection of North Street and Mission Boulevard where a roundabout had been considered, Brown said. Sixty percent of respondents opposed the roundabout, while 31% supported and 9% felt neutral about it.

City staff and hired engineering firm Crafton Tull did a traffic analysis of the intersection to figure out whether a roundabout or modified signal would best move traffic across all modes. The analysis used traffic data from this year to calculate how effectively traffic would move in 2040 and 2050.

The analysis showed pedestrians and bicycles would cross the signaled intersection safer and cars would continue to adequately pass. The signal could stop cars, providing a gap in time to cross, while a roundabout would have cars running continuously with bicycles and pedestrians. Plus, the signal would cost less, Brown said.

The committee recommended the city administration pursue an improved traffic signal over the roundabout.

On the south side of town, the city is planning to redesign the intersection of Archibald Yell Boulevard, Rock Street and College Avenue with traffic lanes more clearly defined, medians and green space extending at the corners.

Archibald Yell will be reduced from four to three lanes so pedestrians will have fewer lanes of traffic to cross. A traffic signal is planned at South Street. South of School Avenue, the road will go back to four lanes.

The city held two surveys on the project, garnering about 700 total responses. Most residents responded as dissatisfied with the current conditions along the stretch, especially in regard to pedestrian safety, said Dane Eifling, the city's mobility coordinator.

There could be some flexibility if certain elements don't work because the city isn't planning to move the curbs on either side of the street, Eifling said.

Council Member Sonia Gutierrez asked about having a mural painted on the long retaining wall that could help slow traffic.

Brown said the money source for a mural will be different from the pool of bond money being used for the construction part of the project, but there appeared to be money available. The city's Arts Council will advise on that part, he said.

"We don't need construction contractors trying to put up art," Brown said. "Similar to what we did on College Avenue with the mural there, we solicited artists and put that all together. So it'd be a similar process."

Construction on Archibald Yell is set to start this fall.

• For more information on the Mission Trail project, go to:

• For more information on the Archibald Yell Boulevard project, go to: