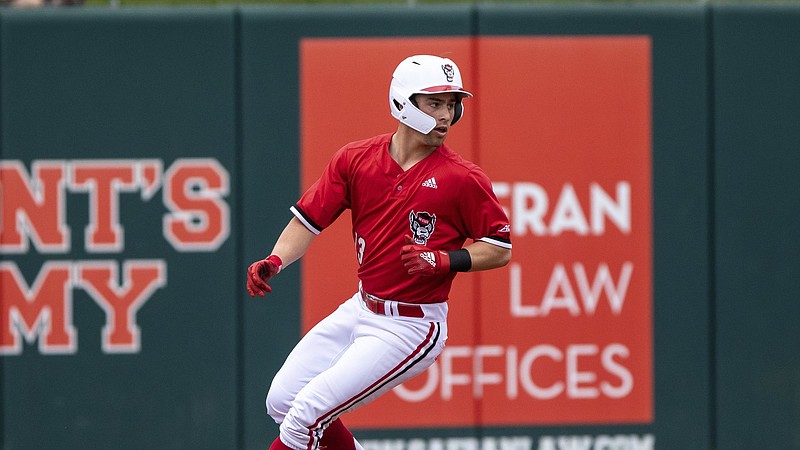 Despite playing their first three conference series at home, the Wolfpack started 1-8 after opening the season ranked No. 12 in the USA Today coaches poll. They were swept by Georgia Tech, lost two of three to Miami and were swept by Louisville.

"I don't think anybody ever got down," North Carolina State junior right fielder Devonte Brown said. "Some people just had to step up and realize who we are."

The Wolfpack now are the team standing in the way of the No. 1 Arkansas Razorbacks making a third consecutive College World Series appearance.

North Carolina State (33-17) will open the super regional round against the University of Arkansas (49-11) at 5 p.m. Friday at Baum-Walker Stadium.

Louisiana Tech, which Arkansas beat two of three times on the road in the regular season, was seeded by the NCAA Tournament selection committee for a rematch with the Razorbacks.

But North Carolina State had other plans.

Elliott Avent, 65, is in his 25th season as North Carolina State's coach and has a 932-548 record with 18 NCAA Tournament appearances. His overall record is 1,146-761, including eight seasons at New Mexico State.

In Avent's only previous game against Arkansas, the Razorbacks beat New Mexico State 8-3 in 1991 in Shreveport.

North Carolina State is playing in a super regional for the fifth time but the first time since 2013 when it beat Rice 5-4 in 17 innings at home to make the College World Series.

The Wolfpack had been eliminated in a regional five consecutive times from 2015-19.

"This group knows nothing about that," Avent said of the program's recent struggles in regionals. "They just know who they are and what they are trying to do."

"It feels great right now, but this isn't the end goal for us," Butler said. "We know how good we are. We know we can make it as far as anyone.

"It's really relieving right now and satisfying, but we're not done yet. We're ready to go."

The Wolfpack began turning their season around when they swept a three-game series at North Carolina in late March to start an 18-6 stretch in ACC play to finish 19-14. They reached the ACC Tournament title game before losing to Duke 1-0.

Avent called the ACC Tournament "grueling," but said it helped prepare North Carolina State to win a regional on the road.

Louisiana Tech hosted a regional for the first time and had crowds of 2,817 and 2,513 for its two games against the Wolfpack.

"I didn't know this environment was going to be quite as electric as it was," Avent said. "It was an unbelievable baseball environment.

"It wasn't hostile, like some baseball environments. They're just great fans with respect for the game that pull for their team."

Louisiana Tech jumped ahead 4-0 in the championship game, but North Carolina State scored six runs in the fifth inning and four in the sixth to take a 13-7 lead.

The biggest of the Wolfpack's 19 hits was a grand slam by Brown in the fifth inning that put them ahead 9-5.

"It felt amazing," Brown said. "I knew we were going to win the game from that moment."

Sophomore center fielder Tyler McDonough is batting .351 with 15 home runs and 43 RBI and has stolen 13 bases in 17 attempts.

Terrell Tatum, a junior designated hitter and the son of former Mills High School and Arkansas running back Terry Tatum, is batting .321 with 11 home runs and 35 RBI and has 15 steals in 19 attempts.

"They don't have to. They know they can just pass it to the next guy and walk it down the line.

"If we keep walking it down the line, stay within ourselves and stay in the strike zone, we're going to be a tough out for pitchers [this] weekend."

"Teams can't hold us to just hitting home runs," Brown said. "We can run, we can bunt, we can steal.

"We can do a bunch of things. We have a bunch of different points of attack, so it's really neat."

"We've got a bullpen that has stepped up the last month, and they're ready to go, too, if needed. I couldn't be more proud."