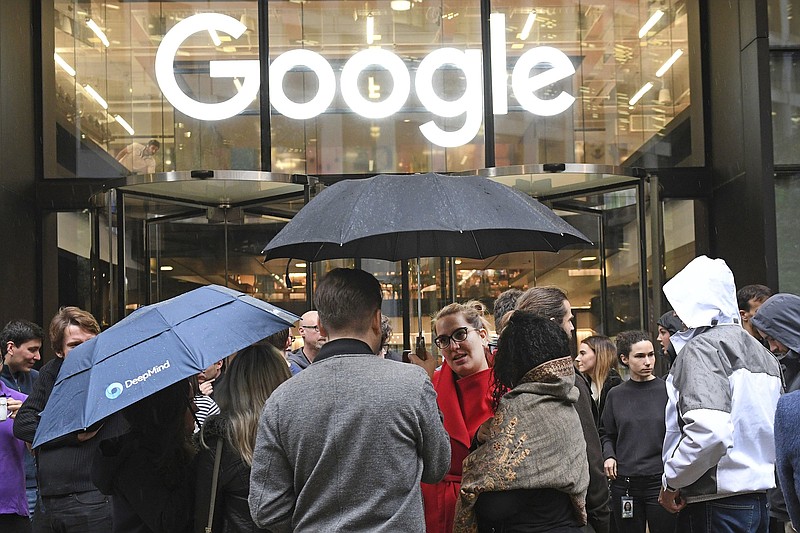 Google’s London offices are shown in 2018. Britain’s anti-competition investigation of Google is just one that the technology company has faced in Europe. (AP)

LONDON -- Google is offering U.K. regulators a role overseeing its phasing out of ad-tracking technology from its Chrome browser, in a package of commitments the tech giant is proposing to apply globally to head off a competition investigation.

The U.K. competition watchdog has been investigating Google's proposals to remove so-called third-party cookies over concerns they would undermine digital ad competition and entrench the company's market power.

To address the concerns, Google on Friday offered a set of commitments including giving the Competition and Markets Authority an oversight role as the company designs and develops a replacement technology.

"The emergence of tech giants such as Google has presented competition authorities around the world with new challenges that require a new approach," Andrea Coscelli, the watchdog's chief executive, said.

The Competition and Markets Authority will work with tech companies to "shape their behavior and protect competition to the benefit of consumers," he said.

Google's promises also include "substantial limits" on how Google will use and combine individual user data for digital ad purposes and a pledge not to discriminate against rivals in favor of its own ad businesses with the new technology.

If Google's commitments are accepted, they will be applied globally, the company said in a blog post.

Third-party cookies -- snippets of code that log user information -- are used to help businesses more effectively target advertising to support free online content such as newspapers. However, they also have been a long-standing source of privacy concerns because they can be used to track users across the internet.

Google shook up the digital ad industry with its plan to do away with third-party cookies, which raised fears newer technology would leave even less room for online ad rivals. The plan involves replacing "individual identifiers" with techniques that hide users in large online groups based on their interests while keeping web browsing histories private.

The competition watchdog will seek feedback until July from other players in the tech and digital ad industry on Google's commitments. Then it will decide whether to accept Google's offer and close the competition case.

Google has been busy grappling with a wave of antitrust investigations in Europe. The U.K. offer was made days after it resolved another case involving its digital ad business, when it agreed to pay $268 million to France's antitrust watchdog for abusing its "dominant" position in online advertising.

Google France's legal director, Maria Gomri, said in a blog post this week that Google has been collaborating for the past two years with the French watchdog on issues related to ad technology, notably the platform known as Google Ad Manager. She wrote that commitments made during negotiations would "make it easier for publishers to make use of data and use our tools with other ad technologies."

After tests in the months ahead, changes will be deployed more broadly, some of them globally, Gomri said. She didn't specify which changes would apply outside France.