He didn't interest her at all — but that changed 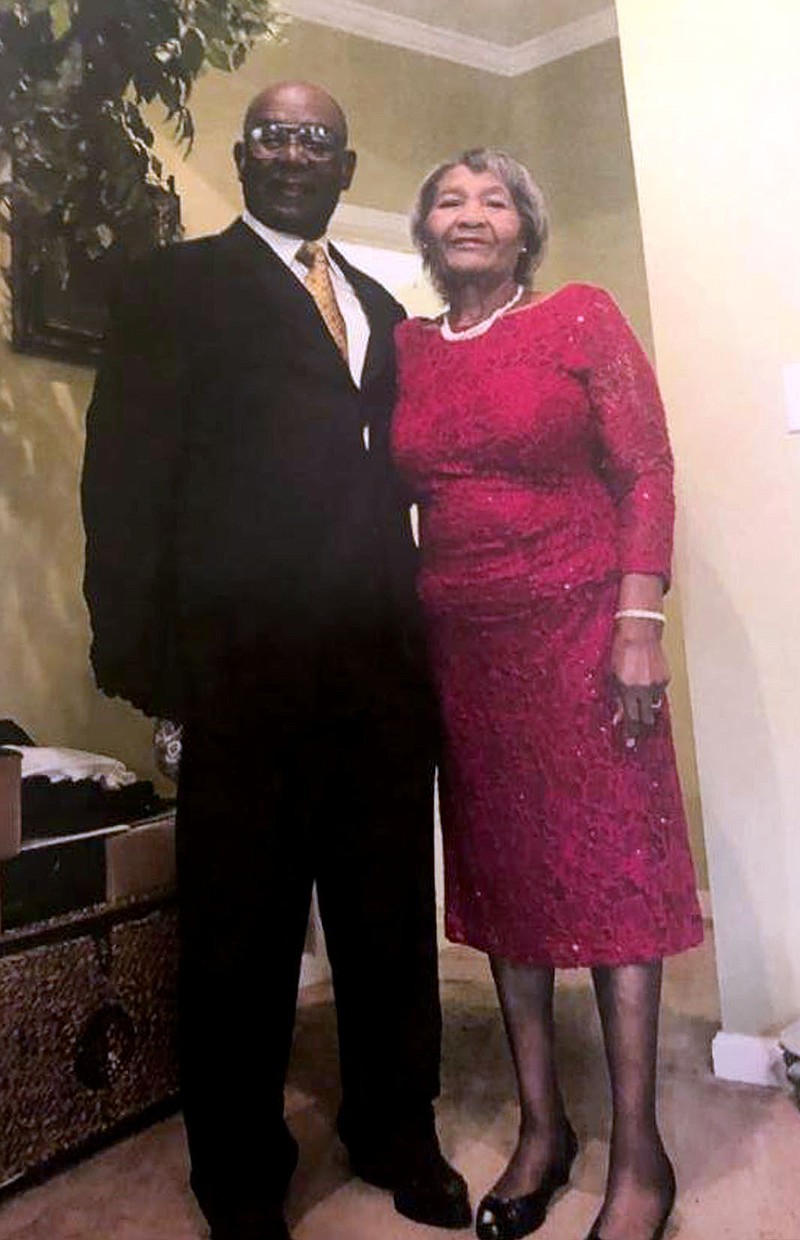 William and Ida Allen were married on June 13, 1971. It was not love at first sight for them. “I just really did not like him,” she says of their initial meeting. “But I grew to love him and we got married and had five kids and everything worked out to be perfect. I couldn’t have had a better marriage.” (Special to the Democrat-Gazette)

William Allen saw a girl moving down the sidewalk at Lincoln High School in Star City, and he knew immediately that he had to meet her.

William watched her from the school's band room that day, and he asked his friend -- who happened to be that girl's cousin -- who she was.

"I asked him if he would introduce me to her and he did that," William says.

The girl, Ida Dickerson, wasn't sure how they hadn't already met. She knew William's brother and his mother already. She was not all that thrilled to make his acquaintance, however.

"She was not interested in me at all," he laments.

Ida isn't sure what it was about William that bothered her.

"I just really did not like him," she says. "He just was not anybody I wanted to be with."

William was aware she didn't think much of him, but their mutual friendships gave him the opportunity to spend more time with her than she might have agreed to otherwise. He was grateful for that connection.

Ida's friend was dating her cousin, who was William's friend -- the one who introduced them -- and the four of them went to some school ballgames together and to the drive-in movies in Pine Bluff.

The more familiar Ida became with William the faster her opinion of him evolved.

"We just started doing things together," Ida says. "After we did that several times, he asked me if I would do something with just him. I had gotten to know him and kind of liked him a little bit, so we went out."

Their first date without their friends was to a ballgame, Ida says.

Ida and William were in ninth and 10th grades then, and they dated throughout William's time in high school.

"Our relationship got stronger," he says.

They went to his senior prom together and spent many evenings enjoying each other's company, with and without their friends.

When William graduated in 1969, he joined the U.S. Marines. He was sent to Camp Pendleton near San Diego, Calif., and he was eventually sent to Vietnam.

Ida and William had a child together before he left, but their future seemed uncertain when he was deployed. They wrote a few letters, but William's mind was occupied by his military duties.

"When I left we didn't really know what was going to happen," he says. "I didn't know if I would see her ever again or anything. The ratio of people getting killed over there was pretty high and so I just stopped communicating. I had to put her on a separate burner and put my fellow servicemen on front because we had to take care of each other."

When he returned to Arkansas more than a year later, he went to her brother's house in Pine Bluff to find her.

They dated for another year after he got home.

"I was at the courthouse taking care of some more business, and I said, 'I want you to marry me,'" he says. "It was a spur of the moment."

Ida and William were back at the courthouse another day to get their marriage license and William contacted the preacher at Ida's church about doing the ceremony.

"She was a member and I was not," William says. "But I joined the church with her maybe three or four months later."

They were married on June 13, 1971, about six months after his return.

As a newlywed, Ida drove from their home in Pine Bluff to Little Rock for school.

"I was driving the van and I went through an intersection on West Fourth Street in Pine Bluff," she says.

She saw construction workers building a house at that intersection and stopped to ask about it. She watched the progress on that house daily for weeks before going to the bank to get paperwork started so she and William could buy it.

Ida and William's wedding was joyful, though it was small and informal. For their 50th anniversary, they planned to renew their vows.

"The Lord gave me a mind to buy her a ring," William says.

Their five children got involved then, he says, and arrangements were underway for a more elaborate event, with a caterer and flowers and a doubled guest list.

"I told them to do whatever they wanted," William says. "It was fun to please my wife. I wanted to please her now because this is our last go around. We're not going to live another 50 years, so we're going to do it the way it should be done."

William and Ida have 20 grandchildren and four great-grandchildren. Celebrating their anniversary with many of them was special, Ida says.

"It was wonderful," she says. "It was just really, really nice."

The first time I met my future spouse:

She says: “He wasn’t anybody I wanted to be around.”

She says: “Our son said, ‘My mom married my dad and my dad married my mom. Yippee!’”

He says: “She was an hour late because her veil blew out of the truck window and into a field and she had to go out there and bring it back.”

She says: “Keep Christ in your life. Listen to each other. There’s always room to sit down, talk things out, work things out. And be a good person to get on with.”

He says: “Don’t always fault the other person. Take some responsibility for how things turn out.”

Print Headline: He didn't interest her at all -- but that changed