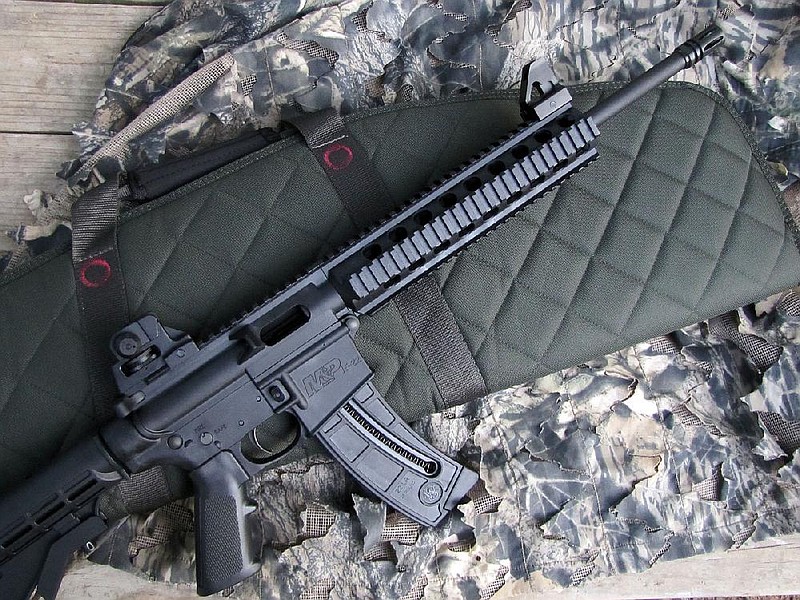 Noah J. Shoemaker was arrested by the FBI on Jan. 29 and subsequently charged in a three-count indictment handed up last month by a federal grand jury with one count of possession of a machine gun and two counts of being a felon in possession of firearms. He was ordered held in detention by U.S. Magistrate Judge Patricia Harris while his case is being resolved.

Assistant U.S. Attorney Stacy Williams argued for Shoemaker's detention, saying that evidence, including statements that Shoemaker suffers from untreated bipolar disorder, indicates he is a flight risk and that he poses a danger to himself or others if allowed free.

KenDrell Collins, Shoemaker's attorney, argued that his client's long-standing ties to the community, lack of recent criminal convictions, six years of sobriety and strong family ties indicated that he would not be a flight risk or a danger to others.

According to a criminal complaint filed in federal court Jan. 29, Shoemaker admitted to the FBI that he had purchased three auto sears -- a part that converts a semiautomatic weapon to full auto fire capability -- intended for use in certain AR-15 semiautomatic rifles, but that he had not installed them in any weapons.

FBI Special Agent Brian Ambrose, testifying for the government, said Shoemaker came to the FBI's attention during an investigation of a West Virginia man, Timothy Watson, by the FBI field office in Pittsburgh. Watson, according to a criminal complaint filed Oct. 30 in the Northern District of West Virginia, is accused of manufacturing 3-D printed drop-in auto-sears that he marketed as "portable door hangers."

Ambrose said the FBI discovered that Shoemaker had ordered three of the auto-sears on April 18, paying for them through his PayPal account but using the name "Nora Roberts."

He said that when FBI agents contacted Shoemaker, he admitted to purchasing the auto-sears and told them that he would meet them at his home after 4:30 on Jan. 28 and surrender them. Instead, Ambrose said, Shoemaker never showed, going instead, they later learned, to Pinnacle Mountain State Park to hide out.

An attempt to find him by locating his cellphone showed that Shoemaker had either turned his phone off or removed the battery shortly before the time he had agreed to meet agents at his home.

He was found and arrested the next day at the state park after a witness told agents that was where he was most likely to go.

In his home, the FBI agent said, agents found the guns, ammunition, body armor, the aut0-sears and other items. He said a loaded and chambered 9mm pistol was found in the bathroom, two loaded and chambered AR-15 rifles in his bedroom, a body armor ceramic plate and six loaded AR-15 magazines next to his bed, and an armorer's toolkit and backpacks with clothing and food.

"The car looked a lot like his room, actually," he said. "To me it indicated that he was planning to run, to flee, to at least bug out."

Ambrose said agents also found a note written by Shoemaker, part of which the FBI agent read in court. The note was cryptic and despairing, saying at one point, "I was dead at birth and revived. Was that a mistake?" leading Williams to surmise that it could be interpreted as a suicide note.

"That note is emotional, it is dark, and it indicates that he may have been thinking of taking his own life," she said.

Collins argued that releasing Shoemaker to his mother's custody, monitoring his location and treating his bipolar disorder would be sufficient to ensure his presence in court and to ensure that he would not pose a danger.

Harris disagreed, saying that despite the absence of violence to this point, the guns, ammunition, body armor and other items found in Shoemaker's home and car and his actions after the FBI contacted him indicate that he poses a flight risk and a danger.

"They all indicated that he intended to go off-grid essentially and not be found," she said. "Those are not the actions of a peaceful person."