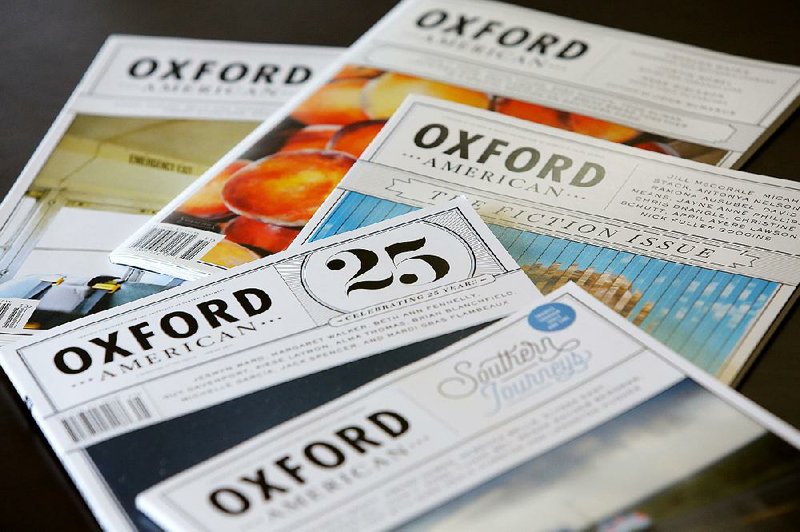 Oxford American issues at the magazine's office in the South Main district of Little Rock are shown in this Wednesday April 13, 2017, file photo.

Changes are coming to the staff of the Oxford American.

Editor Eliza Borne is leaving the Conway-based literary magazine on March 19, according to a news release. Managing Editor Danielle A. Jackson will serve as interim editor.

Jackson, a Memphis native, is the first Black editor-in-chief in the magazine’s 29-year history.

She is a former associate editor at Longreads and her work has appeared in New York Times Book Review, Bookforum, the Criterion Collection, Lapham’s Quarterly, and elsewhere. As managing editor, she guided the magazine’s 2020 music issue project and has edited work by Bryan Washington, Harmony Holiday, Patterson Hood, Jamey Hatley, and others.

“The Oxford American is the pinnacle of literary publishing and a definitive voice of our region that I looked to for years as a student of writing long before I imagined myself as part of the institution,” she said.

Borne first worked at the magazine as an editorial intern in 2006. She returned as associate editor in 2013 and was named editor in 2015. During her tenure, the OA was a three-time finalist for the National Magazine Award in General Excellence. It won the award in 2016.

“Since I was a teenager, I have believed that the OA is one of our greatest magazines, and I’m proud I was able to play a role in its story,” Borne said. “I have worked closely with Danielle A. Jackson over the past year and have been continually wowed by her brilliance as a writer and editor.”

The magazine was founded in Oxford, Miss., in 1992 and relocated to Little Rock in 2003. In January, it moved from its location on Main Street in Little Rock to the campus of the University of Central Arkansas in Conway.

The latest issue, which is food-themed and guest-edited by Alice Randall, will be on newsstands March 23.