Benton County Jail records give no insight on book ban 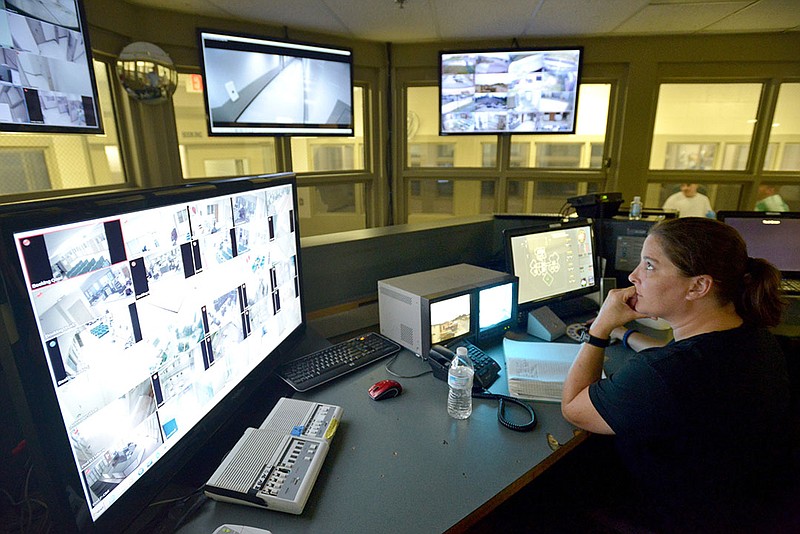 The Sheriff's Office restored book access at the jail in February, less than a month after the American Civil Liberties Union of Arkansas criticized Sheriff Shawn Holloway for the book ban, claiming it violated inmates' First Amendment rights.

Shannon Jenkins, a Sheriff's Office spokeswoman, said the book ban was instituted in August because inmates were damaging and destroying the books. She said some inmates used paper from the books to cover vents, which can lead to heating and air-conditioning problems, or they stuffed paper in doors or toilets, causing their cells to flood.

Inmates still had access to the Bible and other printed religious material, Jenkins said.

Jenkins said no records could be provided when asked Feb. 2 for any written records of the destruction, cost of repair or discipline reports stemming from damage caused by inmates destroying reading material.

Holloway did turn over records Feb. 25 in response to repeated requests under the state Freedom of Information Act.

Those records included a collection of 16 invoices for purchases of various plumbing supplies totaling $14,854 from Feb. 14, 2020 through Aug. 11; a list of about 100 disciplinary actions taken against inmates from July 1 through Aug. 31; and a list of maintenance work orders required at the jail from November 2018 to February 2021.

None of the documents make specific reference to books being damaged or property being damaged using paper from books. The work orders show many occasions when the jail required attention for clogged toilets or sinks, but don't indicate the reasons for the repairs.

The request for any written or electronic communication on the book destruction and decision to remove reading material also produced no records.

Several inmates wrote letters to the Northwest Arkansas Democrat-Gazette to complain they no longer had access to magazines and books. They requested books be returned.

Jenkins said office staff threw away all of the books because inmates damaged most of them.

The Sheriff's Office promoted a book drive for inmates last week, asking the public to replace the books. The book cart is a temporary solution until a more permanent digital solution -- one that might allow inmates to read books on an electronic device -- is implemented, Jenkins said.

Jenkins said in February officials were looking at providing televisions for inmates, but didn't know if or when that would happen.