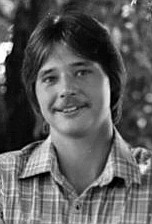 FARMINGTON -- The School Board in January extended the three-year contract for Superintendent Jon Laffoon for another year and voted to give him a $9,000 raise so his salary would be more on par with his peers, according to board president Travis Warren.

Warren said the district hired Laffoon last year at what Warren thought was a fair rate. After Laffoon started, Warren said he did some research on other superintendent salaries in Arkansas.

The average was $138,895, and Warren said he made the recommendation to pay Laffoon a salary based on that information.

"I felt like he has done a stupendous job with covid protocols and a remarkable job getting a new [athletic director] on board and other positions," Warren said. "He deserved to be on the average with those other schools."

Laffoon has done a lot of "good things" for the district this year, Warren said.

"He's been very forthright in his communication with the board and I've heard from principals and teachers that he's been very visible in the district."

Monday, Laffoon said he's very appreciative to the district and the board in giving him the opportunity to be in Farmington and looks forward to next year.

"Obviously, it's been a challenging year, but I think the credit goes to the staff and teachers," Laffoon said. "They've done a great job keeping our students safe."

Laffoon is in his first year with Farmington School District. He previously served as superintendent of Star City School District, principal of Pea Ridge High School, as a head boys basketball coach and golf coach for Riverview Public Schools in Searcy and as dean of students, athletic director and head boys basketball coach for Star City Schools.

Lynn Kutter may be reached by email at lkutter@nwadg.com.