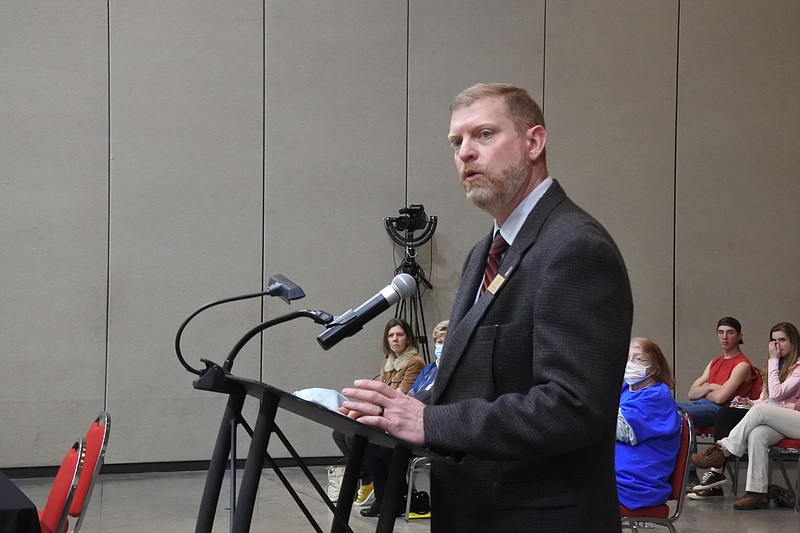 FORT SMITH -- City utility customers who lost water because of burst pipes stemming from February's extreme weather will have an opportunity to have their water and sewer bills lowered.

The Board of Directors unanimously voted March 2 to authorize the Utility Department to provide one-time leak adjustments to these customers.

Utility Director Lance McAvoy wrote in a memo to City Administrator Carl Geffken the temperature in the city during the week of Feb. 14 was below freezing for several days. Customers experienced rolling blackouts and natural gas supply interruptions during this time, causing some pipes to freeze and burst and some post-freeze leaks.

Customers who had pipes burst because of the winter weather already have to deal with the repair costs and shouldn't be penalized because of a situation beyond their control, McAvoy said Tuesday.

Offering leak adjustments will help prevent those already experiencing a financial hardship because of this from getting a "double whammy."

Lavon Morton, Ward 3 city director, said he would like McAvoy to accumulate the dollar amount of the leak adjustments the department will make. He believed it's useful information the board would find important to know.

"And the citizens would need to know that we did the right thing, in this case, that you ... proposed to do the right thing, the city administration agreed and brought it to the board and as a result of that, people who suffered not only broken pipes but all the things that go with it were taken care of the best they could be by the city," Morton said.

The Utility Department has about 37,000 residential, commercial and industrial customers, according to McAvoy. Roughly 27,000-30,000 are residential customers.

McAvoy previously said the Utility Department responded to 15 breaks in one of the major lines in the city during Feb. 15-21. It also responded to 805 work orders related to frozen pipes in structures during that period.

Customers who had burst pipes and are seeking a leak adjustment have to provide a plumber's invoice or receipt showing the leaking pipe was repaired, according to the ordinance. The adjustment to the customer's bill will be based on their average monthly water and sewer use for the past six months compared to the metered volume of water use in the billing period including Feb. 11-17.

"What we're doing is we're looking at what their historic volume has been for usage and we will adjust their bill down to that historic volume," McAvoy said. "So, say their bill comes out and it's 25 CCF [centum cubic feet] and historically they've only used 5, we would adjust that down to 5 CCF and the 20, we would go with that being part of the result of the leak, so they would have 20 CCF water adjustment and 20 CCF on their sewer bill adjustment."