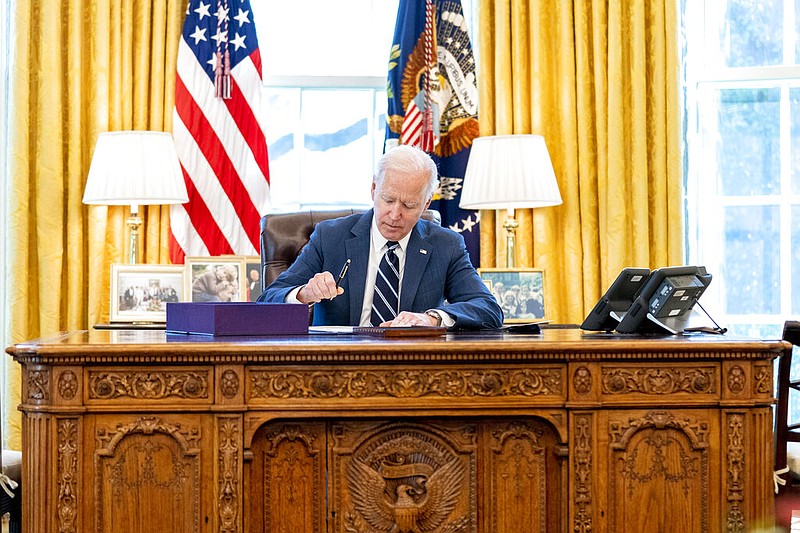 Another $1 billion is earmarked for local relief.

The state's public schools will receive more than $1.2 billion as a result of the legislation, which President Joe Biden signed Thursday.

Overall, that's nearly $4 billion. And that total doesn't include the direct payments to many Arkansans and the tax credits that some will receive.

"The $1.7 billion anticipated under the American Rescue Plan is about one-half a billion more than the funds received by the state under last year's relief package. As to how these funds will be used depends upon the guidance and rules being drafted by the U.S. Department of the Treasury," Hutchinson said in a statement Friday. "If we have maximum flexibility, which I am requesting, then I will work with the General Assembly to set our priorities.

"As I have said previously, we do not need these funds to balance our budget because we kept a balanced budget through reduced spending and fiscal constraint," he said.

"My first priority will be invest in rural broadband and [information technology] infrastructure," Hutchinson said, adding, "The human needs of our state such as rent assistance and food programs are being increased and met through separate funding streams."

The state also will need to determine how to spend its education funds.

Education Commissioner Johnny Key told the Arkansas Board of Education on Thursday that "a huge amount of money" would be coming.

"We want to help districts spend it in the wisest possible way that is going to get them the biggest bang for the buck and best impact for their students," he said.

​​​​​"Like most cities around the country, Little Rock was dealt a financial blow due to the COVID-19 pandemic. Our revenues fell short by several million dollars, and we had to make adjustments last year to stabilize our City's coffers. At the same time, residents were laid off work and businesses resorted to drastic decisions to stay afloat," he said in a statement.

"The City of Little Rock welcomes the opportunity to access federal resources to help strengthen our economy and provide more permanent solutions to problems that worsened during the pandemic," he added.

The stimulus plan faced unified opposition from Capitol Hill Republicans, who objected to its size as well as its spending priorities.

It passed anyway, receiving unanimous support from Senate Democrats. Every House Democrat but one backed the measure.

In addition to the aid for schools and state and local governments, the White House also highlighted provisions benefiting individual Arkansans.

Child tax credits of up to $1,600 per child will be awarded to the families of 661,000 Arkansas children, officials said.

As a result, 48,000 Arkansas children will no longer live in poverty, the White House said.

Earned income tax credits as high as nearly $1,000 will go to 184,000 Arkansas workers without children, the White House added.

Marketplace premiums for health plans also will be lowered by the law, officials said.

"Democrats successfully passed a package that's going to lift Arkansans up like no package we've seen from Washington in a long time," he said. "It's going to help a lot of people and it's a tangible thing that Arkansans are going to benefit from."

"Contrary to the previous five bipartisan COVID relief bills signed by [former] President [Donald] Trump, what we saw this week was partisan virtue signaling to the Democratic base," he said.

Biden, House Speaker Nancy Pelosi, D-Calif., and Senate Majority Leader Charles Schumer, D-N.Y., "have made it clear in their actions that unity is a talking point."

Members of the state's all-Republican congressional delegation had all criticized the measure, with Rep. Steve Womack of Rogers calling it "one of the most irresponsible spending packages of all time."

Rep. Rick Crawford of Jonesboro said the bill would burden Americans "for generations to come."

Information for this article was contributed by Cynthia Howell and Michael R. Wickline of the Arkansas Democrat-Gazette. 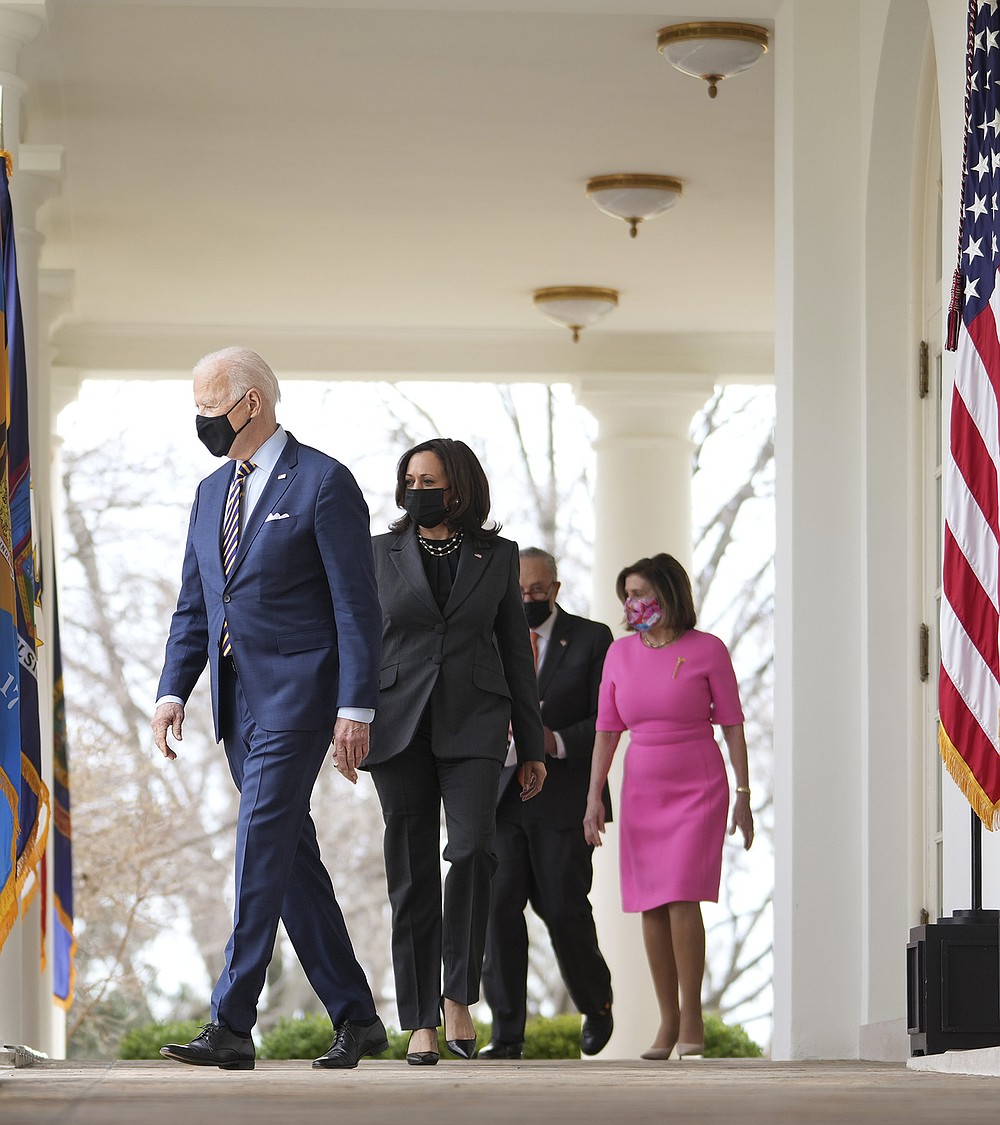