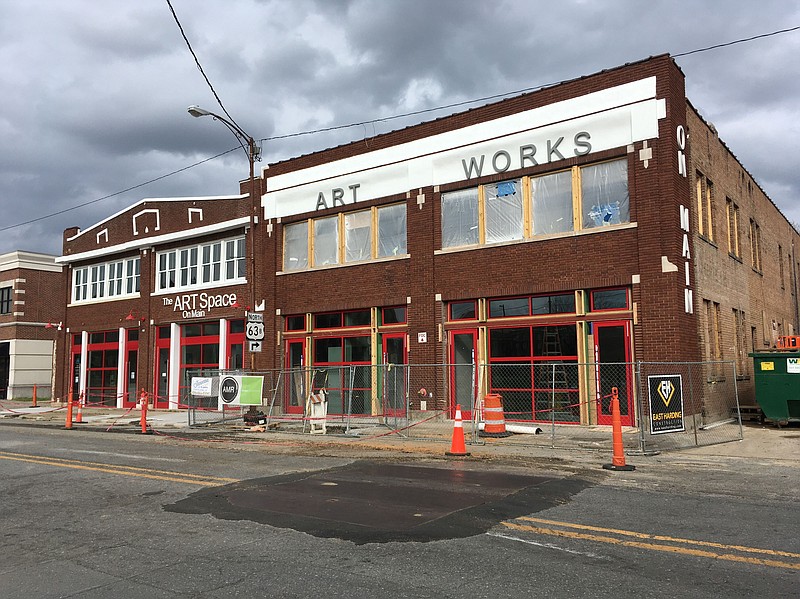 The Arts and Science Center for Southeast Arkansas' The ARTworks on Main is about 70 percent complete and should be ready to move into by late spring. (Special to The Commercial/Deborah Horn)

Win Trafford's eyes lit up as he talked about East Harding Construction's role in the revitalization of downtown Pine Bluff, including the company's current renovation of the century-old commercial building that's being transformed into The ARTworks on Main.

When complete, it may be the only noneducational art or museum facility in the state to offer visiting interns or teaching artists a place to stay on campus.

As he walked through the two story building last week, Trafford, who is East Harding's business development and client relations director, said that the work is moving along.

"It's about 70% complete," and should be move-in ready by late spring, he said.

East Harding is overseeing the rehabilitation of The ARTworks for the Arts and Science Center for Southeast Arkansas' growing campus, which now includes the ASC's original building and the newly opened The ARTSpace on Main. All three are located in the 600 and 700 blocks of Main Street.

The cost for the rehab of both ARTworks and ARTSpace totaled about $5.5 million and was made possible by supporters, including the Windgate Foundation, the Kline Family Foundation and the Adam B. Robinson Jr. Endowment Fund.

"ASC's ARTx3 community engagement initiative aims to empower our youth through the arts, support the revitalization of Downtown Pine Bluff, bolster the creative economy and bring positive attention to our city," Miller said.

Miller said she is pleased with the progress and the possible opening date, adding that the covid-19 pandemic took the pressure off to get the job done quickly.

"We were able to take our time and do it right," Miller said. "East Harding has done a great job with keeping the project on track in spite of covid. Very professional, receptive to clients requests and concerns, and have done a wonderful job executing ASC's design."

For more information on The ARTworks and The ARTSpace, visit asc701.org/artspace.

It's hard for the inexperienced to judge the progress as several dozen busy workers filled the interior of the 1,150-square-foot space, each singularly focused on their assigned task.

There were plenty of lighting fixtures and bathroom necessities and more stacked in various rooms, but upstairs, in the four apartments, the Sheetrock mud was dry and sanded, ready for paint, and in each kitchen, heavy brackets were hung, waiting for the cabinet installation.

Off the wide upstairs hallway, with a breathtaking wooden floor, are four work studios, while one floor below, there is an Americans with Disabilities Act-complaint studio apartment and a work studio.

When first entering the Adam B. Robinson Jr. Black Box Theater, Miller looked pleased as she glanced around the large, windowless room while talking with Trafford. The theater also includes a large front lobby and concession stand.

She also pointed out the catwalk high above the floor that connects The ARTworks, 627 S. Main St., and the ARTSpace, 623 S. Main St., next door. The ARTSpace has a room for costume and set design.

Then about the entire building, she said, "I love it."

Trafford grew up in Pine Bluff and said Harding Construction's recent downtown projects are special to him.

The construction company has completed as many as 30 renovation projects around the state.

He said he is thrilled with the ongoing downtown streetscaping projects as well as his company's role in the construction of the new Pine Bluff/Jefferson County Public Library and the newly completed ARTSpace, all on Main Street.

In addition to the street redo, the University of Arkansas at Pine Bluff Business Support Incubator and Office Complex, will " help bring the downtown back alive," Trafford said. 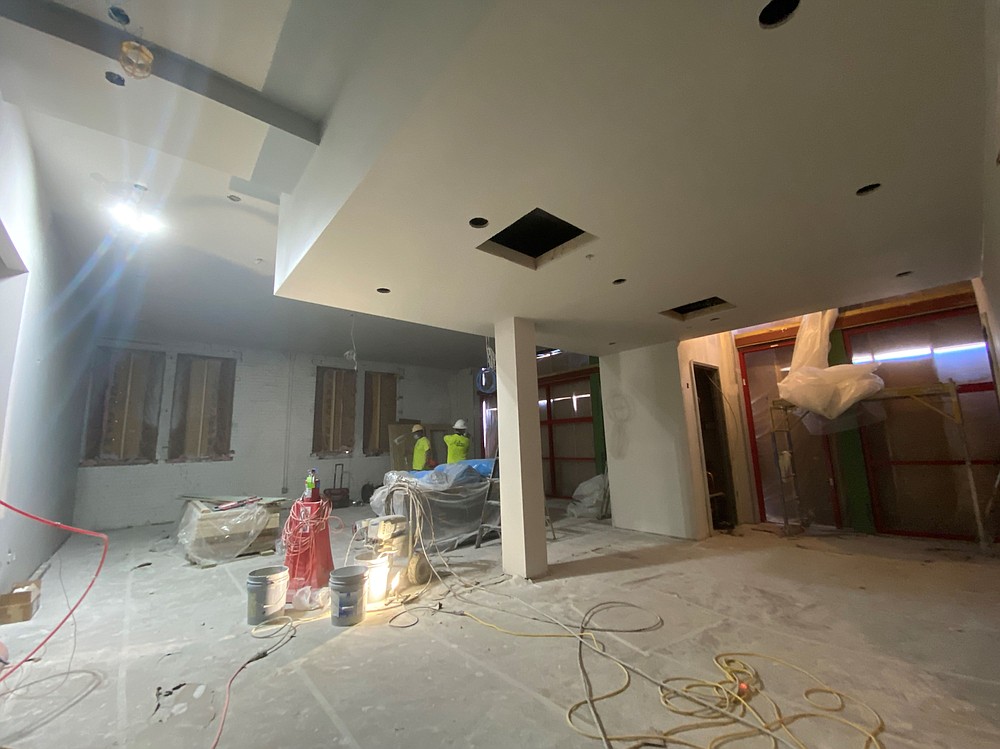 Pictured is the lobby and concession stand for the Adam B. Robinson Jr. Black Box Theater that's located inside The ARTworks on Main, located at 627 S. Main St. (Special to The Commercial/Deborah Horn) 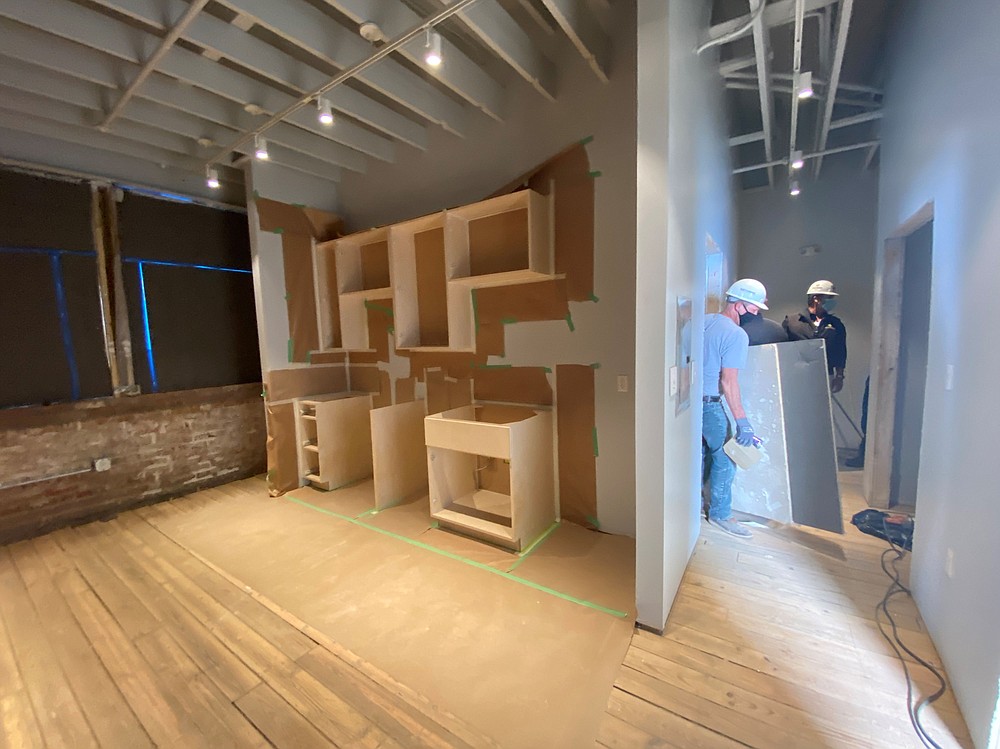 The sheetrock is dry and the East Harding Construction crew is working on the finishing touches of The ARTworks on Main's five apartments and five work studio spaces. (Special to The Commercial/Deborah Horn)
ADVERTISEMENT