OPINION | GAME ON: Intricate 'Loop Hero' is cooler than it looks 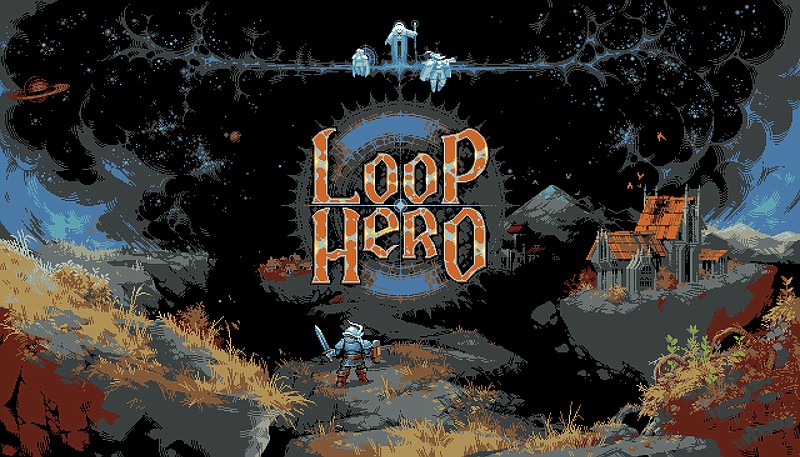 In many ways, "Loop Hero" is an example of an excellently done indie game, proving that AAA-level graphics and award-winning storylines aren't necessary to make a game people will buy and love.

When I first saw a broadcast of someone playing "Loop Hero," I thought they were playing a game from the 1980s. It's a game entirely done in a retro pixel art look, and pretty below average at that. And just from watching the game, I couldn't immediately understand what was going on.

But when I dove into it myself, I found there was a method to the madness.

In "Loop Hero" — a unique mash-up of deckbuilder, auto-battler, role-playing game and strategy game — you are the protagonist and the villain, the dungeon master and the hero battling the dungeon.

Your "Loop Hero" trudges around a looped path on an empty map, killing enemies and earning cards containing resources or buildings. Those cards can be placed on the map, spawning an evolving series of challenges that provide more cards and generate loot, allowing the hero to power up and earn even more cards to place down. What started as an empty map soon fills with forests and mountains, ghosts, goblins, vampires and more.

Why are you doing this? What is the goal? What will happen next? Unfortunately, the game itself is in the midst of a literal existential crisis. Apart from our looping hero, the rest of existence is gone, swallowed up by some unknown force that reminds me of The Nothing from "The NeverEnding Story."

The game sort of plays itself. You have no direct control over your hero — it moves forward and attacks on its own, and the more times around the loop, the harder enemies become. Tiles acquired might be something like "forest" or "mountains," and placing them in the void around the loop will give a passive boost to the hero, increasing maximum health or increasing his attack speed. Or they might be something like "grove" or "cemetery" and placed directly on the loop, and they will regularly spawn monsters, giving the hero something else besides slimes to fight.

Or, equipment will drop, giving players a chance to outfit the Loop Hero better. The longer the run, the more place-able tiles drop, the more resources are acquired, the better the equipment dropped becomes, the harder enemies get and the more complex and crowded the loop becomes. It's a risk-reward system that the player controls.

Quitting the loop means taking all the acquired resources back, at which point the Loop Hero, and you, the player, find that your efforts have sparked something back into existence — a tiny village.

Each journey into the loop brings back a little more of the missing world.

There's a fair amount of strategy involved in tile placement and gear selection. You want to build a map that's challenging to your hero to maximize rewards, but not so challenging that he'll die from it. And he will take damage, so you'll have to decide how you want to heal him, such as using equipment with a vampirism effect, or gear that has a "heal over time" effect added on.

Away from the loop, the hero can use the resources found (such as rations, stone, metal and more) to build and upgrade the village, unlocking more tiles and playable classes, such as the Rogue and Necromancer. It's in this mode of the game that players now build their decks. Tired of fighting vampires? Take the Vampire Mansion out of the deck, and those tiles will stop appearing.

Cards can also synergize or conflict with other choices. If "swamp'' tiles are placed, for example, all healing effects are reversed, causing damage instead, so equipment or tiles that heal the hero should be avoided.

Other times, cards played in proximity to each other will cause certain effects and interactions. Normally, a forest card will increase the hero's attack speed. But place it in a row with the "storm temple'' card, and it will become a burned forest, changing the attack speed bonus into a magic damage bonus. Learning these interactions helps players build their hero's journey just as they want.

If the Loop Hero's journey continues long enough, with enough tiles placed on the map, eventually the map's boss will be spawned, giving an ultra-hard fight with a chance at rare resources. Should the player die from the boss (or any other time), it's Loop Over, but the hero can retreat, taking 30% of the gained resources back.

The idle gameplay makes it perfect for multitaskers, who play while also listening to a podcast or watching sports. Just keep an eye on the game and intervene when necessary. (Of course, for me, that was quite a bit.)

At any point, the game can be paused, allowing for adjustments of equipment or additions of new tiles.

Overall, "Loop Hero" is an interesting take on a number of genres, putting the player more into a parenting role than anything else. The 360-pixel resolution, 8-bit aesthetic might turn some players off, but don't let this gem pass you by. 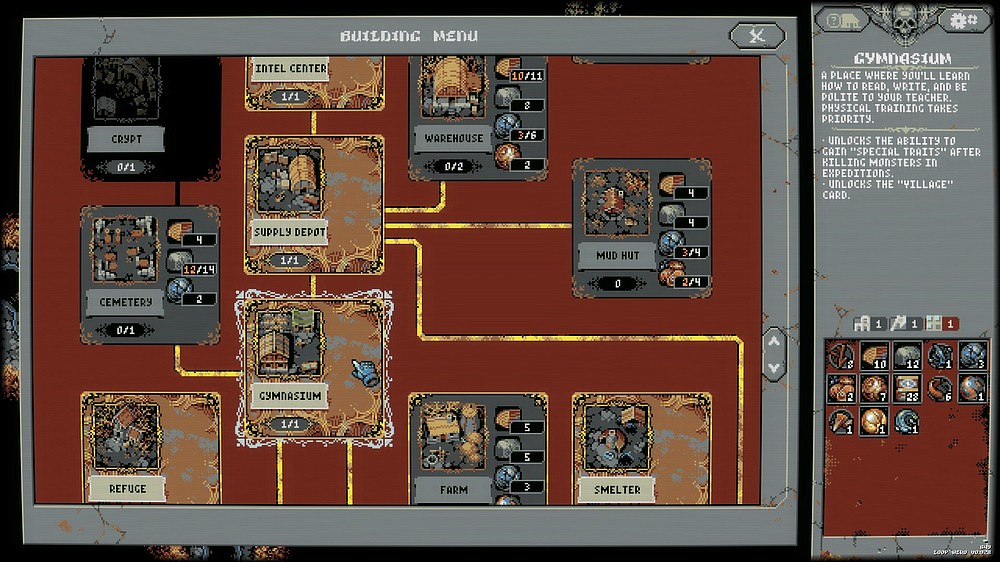 Print Headline: Intricate 'Loop Hero' is cooler than it looks