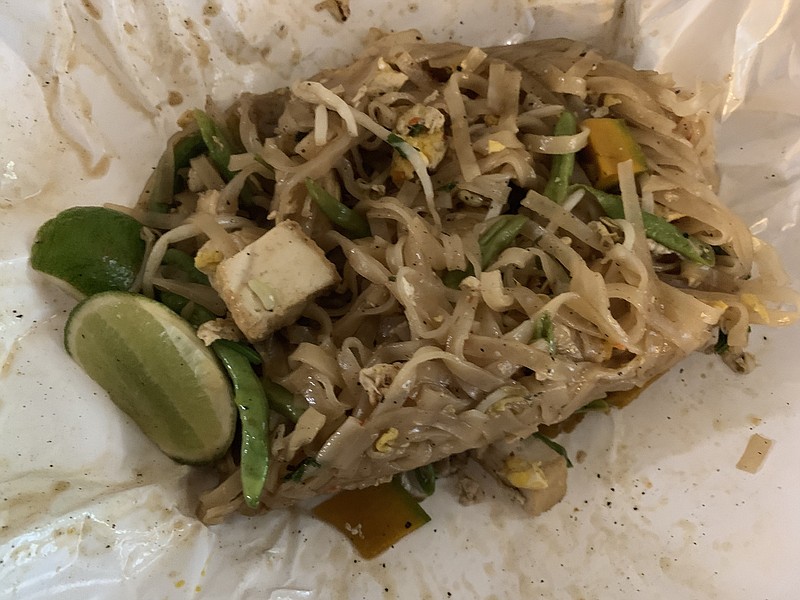 kBird, the Thai restaurant at 600 N. Tyler St. in Little Rock's Hillcrest, closes down for a month every year so owner/chef Richard Glasgow, who learned to cook Thai food in Thailand, can travel there and renew and upgrade his skills.

This year kBird is closed, but with a different twist. Glasgow posted this on Sunday on the restaurant's Facebook page): "Hey folks, this message comes a couple months earlier than planned, but is something I have been considering for a good while. kBird is closed for restructuring, effective now. Not gonna quit cooking Thai food, not going anywhere else, but we are gonna blow up the current business model."

Glasgow explains that "plans are not yet fully formed, but the new model will include an in-advance, less hectic ordering system and family-style, multiple-dish meals instead of 'single-order' meals as served in the past." He'll keep many of the "old" menu items available, "but in a way that will increase dining variety and create space for regional foods, lesser-known dishes and personal favorites. And, frankly, it will be closer to the way Thai folks eat Thai food, whether at home or in a restaurant. ... Use of traditional Thai techniques and of the highest quality ingredients, as well as a firm belief in substance over style, will be unchanged."

Glasgow promises that "we should be back serving food in some form or fashion within the next month," though "some of these plans will not be implemented until later this year."

A call to the restaurant phone number, (501) 352-3549, resulted in a similar but shorter explanatory voicemail. 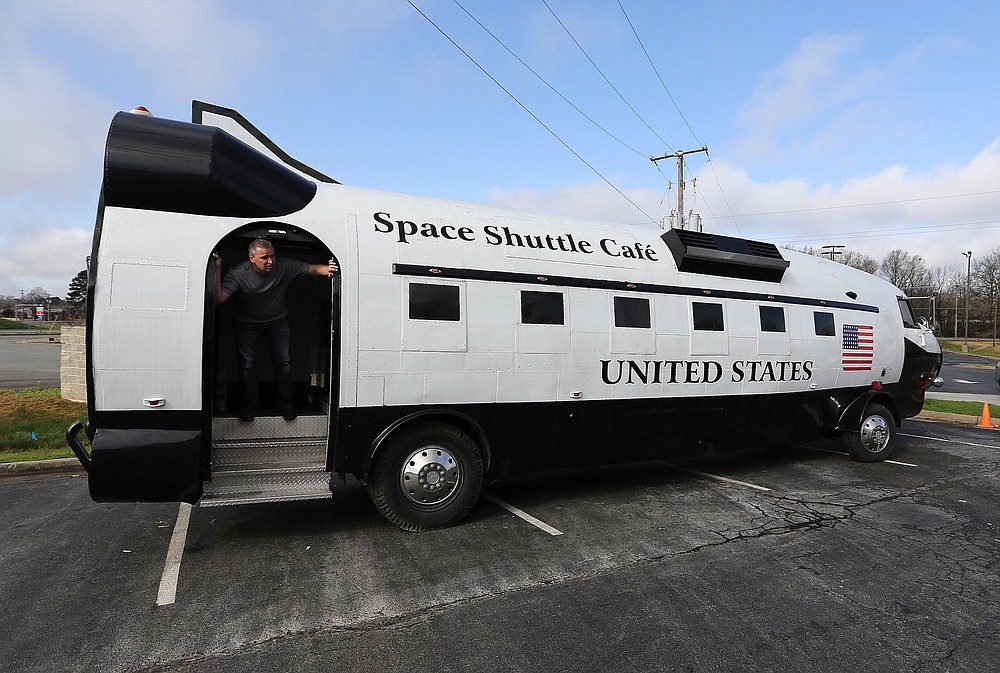 Chris Bailey, senior vice president of operations for Minute Man restaurants, checks out the Space Shuttle Cafe food truck, which arrived Monday at the Minute Man in Jacksonville. After some rehab work on the interior and the removal of a couple of dents that occurred in transit, CEO Perry Smith says the 39-foot mobile restaurant will make its debut Friday at the corner of West Fourth Street and Broadway in Little Rock. (Arkansas Democrat-Gazette/Thomas Metthe)

The Minute Man Space Shuttle Cafe landed in Arkansas on Monday and CEO Perry Smith takes folks on a video tour of the new acquisition at tinyurl.com/a74mv3bt. Smith explains that the newly acquired mobile unit, 39 feet long, 8 feet wide and 11 feet tall, built out of the fuselage of a DC-3, got dented a bit during transit from New York (Smith, as you recall from last week's report, had some difficulty finding a company that would ship it here). And he has electricians working on the "cockpit" and the all-stainless-steel, full interior kitchen to make sure everything is in order.

That kitchen, by the way, has a three-bowl sink, a coffeemaker, a prep table, a double fryer, a grill that they're making sure they can adapt to work with charcoal, another flat grill (on which they can, for example, make grilled cheese sandwiches, etc.), and an ice cream mixer and freezer, so you might look forward to premises-made shakes.

Service will be out of the back end of the vehicle, amid the faux rocket engine cowls. Smith says he plans to re-wrap the unit, presumably in Minute Man colors and logos, and they'll need to take it for a test drive — apparently it doesn't take corners especially well. And he expects it to make its official debut Friday at the camp-out spot for Minute Man's first food truck — West Fourth Street and Broadway in Little Rock. Visit minutemanburgers.com.

Tommy Keith, president of JTJ Restaurants (and also the "T" — the two Js are his father, Jim, and his brother, Jake), says the final plans for Arkansas' first Waldo's Chicken & Beer outlet, on the site of the former Johnny Carino's, 4221 Warden Road, North Little Rock, are going this week to the North Little Rock Planning Commission. Within two weeks he expects to start demolition on the existing building, with final funding expected to be in place within four to five weeks and major construction to begin shortly after that. Given that the price of construction materials has risen through the pandemic, they could run into delays in what has been a 180-day build-out that would put their opening in late October or as late as mid-November. JTJ is looking at as many as 20 Waldo's outlets in Arkansas and Oklahoma after partnering with Nashville, Tenn.-based Fresh Hospitality, from which the Keets also franchise their eight Arkansas Taziki's Mediterranean Cafe restaurants. Waldo's chief features are fried and rotisserie-roasted chicken with house-made sauces and sides, and as many as 12-16 beers on tap, some of which will be local craft brews.

The Capital Hotel, 111 W. Markham St., Little Rock, and its restaurants, 111 at the Capital and the Capital Bar & Grill, remain closed, as they have for the past year, but a spokesman says he hopes there will be a reopening announcement of some sort in the next couple of weeks, via the hotel's website (capitalhotel.com) and Facebook page. Just what that will look like is still up in the air; we don't know yet, for example, if both restaurants will reopen, or when, or whether they will open on a staggered schedule. We did, for the first time, at least manage to get somebody to answer the phone number, (501) 374-7474, which is encouraging.

One of our eagle-eyed correspondents reports the apparent closure of Chicken Wangs Cafe, 8320 Colonel Glenn Road, Little Rock: "I drove by there today and the place was empty. The phone — (501) 562-1303 — says the mailbox is full and one cannot leave a message." We didn't even get that far when we tried to call — all we got was a click. And the domain name — chickenwangs.com — for the website is listed as "available."

And speaking of chicken, a recent building permit shows a $650,000 pending remodeling of the Chick-fil-A at 6201 W. Markham St., across from Little Rock's Park Plaza.