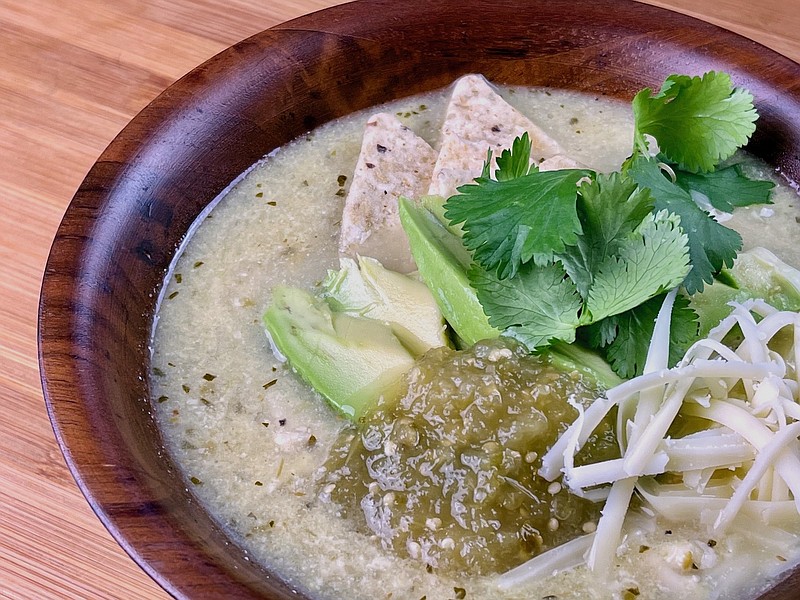 It almost feels like cheating to call this cooking, much less a recipe. There's very little effort involved.

A few cans from the pantry, leftover or rotisserie chicken, some shredded cheese, a couple of garnishes and dinner is done.

It's that simple, but so tasty.

I came across the recipe while scrolling Facebook. A friend shared it and I quickly snapped a screenshot so it wouldn't get lost in the void of my news feed. The original poster was Skip Jenny Davenport of DeCordova, Texas, but I didn't follow Skip Jenny's recipe.

In my eagerness to give the new recipe a try, I failed to read it all the way through — I know, a cardinal sin I've warned against so many times over the years — and didn't notice the words "Crock Pot" in the title.

But in all honesty, even if I had noticed that the original was a slow cooker recipe, I still would have made it my way. I have nothing against slow cooker recipes for the patient, but I am not patient. Unless I'm cooking a pot roast, I rarely plan that far ahead. When I do cook pot roast, it's usually my husband who reminds me to get everything in the slow cooker so we can eat dinner at a reasonable hour.

So if you're a slow cooker kind of cook and you're on Facebook, look for the original by searching "Skip Jenny Davenport Crock Pot Green Enchilada Chicken Soup."

If you're an impatient cook, like me, here's my faster version. In addition to preparing the soup on the stove, I cut the servings in half to fit my two-person household. I also made it a little less creamy and bit more salsa-y.

[Video not showing up above? Click here to watch: arkansasonline.com/324burner]

In large saucepan, combine the enchilada sauce and chicken broth and heat over medium. Stir in the chicken, half-and-half or cream cheese and 1 cup of the Monterrey Jack cheese and cook until cheese is melted and chicken is heated through.

Line a rimmed baking sheet with parchment or foil. If any of the tomatillos are larger than a lime, cut them in half. Arrange tomatillos, onion, garlic and chile in a single layer on the baking sheet. Season lightly with salt and cumin. Roast 20 minutes, or until tomatillos and onion are tender. When cool enough to handle, squeeze the garlic from its papery husks.

In a blender or food processor, combine the roasted tomatillos, onion, chile, garlic and cilantro, along with any juices that accumulated on the baking sheet and pulse to puree.

Heat the oil in a pot over medium-high heat. Once it is hot, but not smoking, pour in tomatillo mixture and bring to a simmer. Let it simmer over medium heat for 6 minutes, or until it thickens and deepens in color, stirring in about ½ cup water. Taste and season with salt and/or sugar.