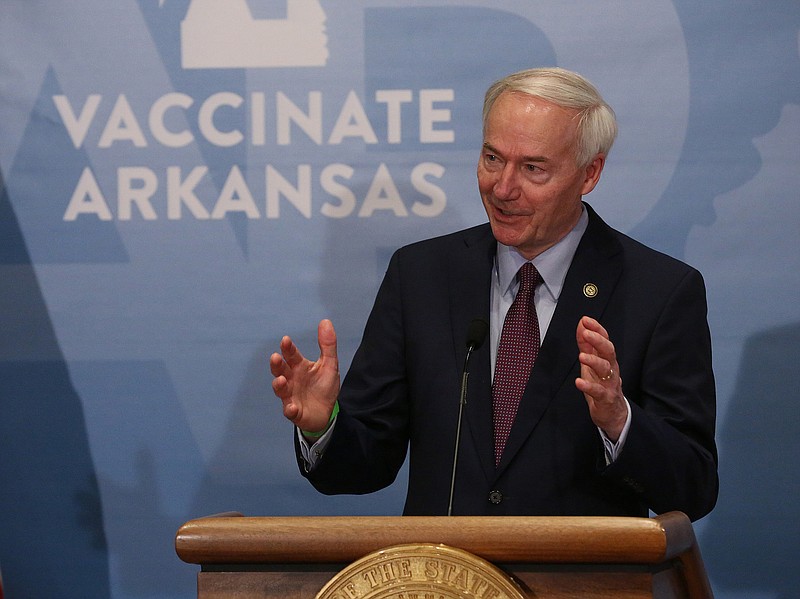 Arkansas Gov. Asa Hutchinson has signed into law a bill that would ban transgender women athletes from participating on girls’ and women’s sports teams, he announced Thursday evening.

Similar bills have been filed in more than 20 states, and Arkansas is the second to sign one into law, following Mississippi.

Proponents of Senate Bill 354 by Sen. Missy Irvin, R-Mountain View, and other efforts say their aim is to create a fair playing field in sports, arguing that athletes assigned the male gender at birth have inherent physiological advantages over cisgender girls and women, though they have acknowledged there are no verified instances of transgender girls or women participating in K-12 or college sports in the Natural State.

Democratic lawmakers and transgender advocates say the bill seeks to solve a nonexistent problem, and discriminates against a segment of youth already subject to bullying and higher suicide rates.

In announcing his decision, the governor said he had “studied the law and heard from hundreds of constituents on this issue.”

“I signed the law as a fan of women’s sports from basketball to soccer and including many others in which women compete successfully. This law simply says that female athletes should not have to compete in a sport against a student of the male sex when the sport is designed for women’s competition,” Hutchinson said in a written statement issued shortly before 5 p.m.

Idaho enacted a similar law in 2020, but the measure is blocked from taking effect by a court ruling.