Spanish nun at odds with medical experts, decries vaccines by NICHOLAS CASEY THE NEW YORK TIMES | May 1, 2021 at 2:58 a.m. 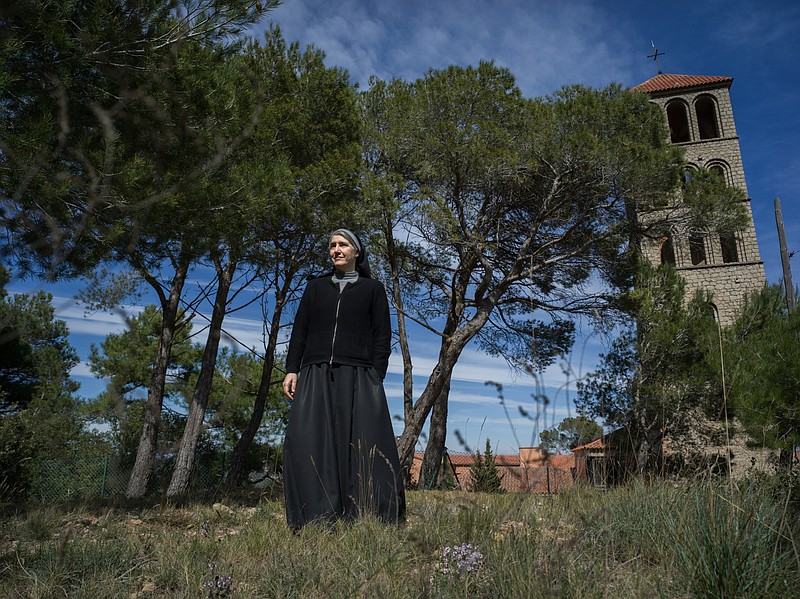 Sister Teresa Forcades is a Catholic nun and a doctor who lives in Montserrat, Spain. (The New York Times/Samuel Aranda)

She became a fixture on Spanish television, appearing in her nun's habit to advocate independence for her native region of Catalonia and to debate other hot-button topics, including vaccines. She had trained as a doctor, partly in the United States, and argued that vaccinations might one day pose a danger to a free society.

Now a decade later, with the coronavirus having swept the world, she believes that day is here. She is warning against the use of coronavirus vaccines, even as scientists and elected leaders worry that anti-vaccine sentiment could threaten Europe's recovery from the pandemic.

"It's always important that criticism is possible, to have dissenting voices," she said of her views, which center as much on her doubts about the vaccines as her right to question them in public. "The answer cannot be that in the time of a crisis, society cannot allow the criticism -- it's precisely then that we need it."

What she calls criticism, though, is seen by many in the scientific community as spreading misinformation. From her perch in a hilltop convent, Forcades finds herself at odds with governments, medical experts and even Pope Francis, who say vaccination campaigns are the only escape route from a pandemic that has killed more than 3 million people and ravaged global economies.

In the world of vaccine skeptics, Forcades, who was born in 1966 to a nurse and a commercial agent, is hard to categorize. She acknowledges that some vaccines are beneficial but opposes making them mandatory. Her misgivings about coronavirus vaccines largely stem from her view that pharmaceutical companies are not to be trusted and that the clinical trials were rushed.

She draws credibility from her nun's habit and medical training, which has made her especially appealing to conspiracy theorists and ultra conservative groups that seek to undermine public confidence in vaccines by spreading half truths that are sometimes mixed with facts, nuanced and delivered by people with credentials that give their voice the imprimatur of authority.

Jose Martin-Moreno, a professor of preventive medicine and public health in Spain who has been critical of Forcades, said she cloaks her challenges to prevailing scientific wisdom under the guise of scientific debate and her right to criticize.

"I never doubted her good intentions," said Martin-Moreno. "But the most dangerous people are those who have half-truths, because they have an element of truth somewhere."

Despite her relative isolation in the convent, Forcades' message is increasingly reaching people across Spain.

A 120,000-member group in Spain known for conservative conspiracies often spreads her controversial advice about coronavirus treatments on the Telegram messaging app. Another popular group that even denies the existence of the pandemic recently praised a Facebook video in which she questioned the safety of coronavirus vaccines.

Forcades, although staunchly liberal, doesn't distance herself from conservative followers, calling her distrust of some vaccines a "transversal question able to reach a wide spectrum of people."

Sitting in her convent on a recent day, she offered a window into her reasoning. She argued with data, some of it taken from clinical trials, but often arrived at a conclusion that few in the medical world accept: that corporations, driven by profits, cannot be trusted to deliver safe vaccines.

She said her views were shaped well before she became a nun, during a medical residency in the United States from 1992 to 1995. She recalled a patient in her Buffalo, N.Y., hospital who needed an amputation. After his limb was removed and he needed a prosthesis, the insurance company refused to pay for it.

"It was an example of brutality because it underlined a mix of economic interests and the basic human needs of health care," she said.

In 1997, she returned to Spain and took a room at the Convent of Sant Benet Montserrat. The stone building sits in a pine grove under the Montserrat massif, which rises high above a valley outside Barcelona, in the northeastern region of Catalonia.

There, with time to think, she realized that her calling would be as a nun in a Benedictine order. She didn't go on to practice medicine.

In 2006, she wrote a 45-page manifesto titled "The Crimes of Big Pharma." Asserting that pharmaceutical companies were an enemy of public health, it used as an example a patent dispute between African governments and drugmakers over AIDS medication.

"I was in shock," she said in the interview, because she had believed that pharmaceutical companies work for the good of humanity.

Her mistrust of Big Pharma steadily deepened as other drugmaker scandals emerged, and she concluded that the push for profits was irreconcilable with public health.

Then in 2009, an outbreak of the H1N1 "swine flu" virus became a pandemic. Governments began discussing a mass vaccination campaign and which corporations they might work with.

Forcades spoke out against those efforts in an online video that received 1.2 million views and was translated into eight languages before Vimeo, the video-streaming platform, removed the channel where it was posted.

As the coronavirus began to spread across the globe last year, Forcades said she felt that history was repeating itself.

"They have a series of secret contracts, at prices many times what they should be," she said of companies producing the coronavirus vaccines.

Martin-Moreno, who has worked with the World Health Organization, shares her concerns about the contracts. He said that some frustration about the AstraZeneca coronavirus vaccine trials -- whose results have been widely questioned for having used outdated information, among other concerns -- was merited.

But he added that Forcades has gone too far and that her fame had become dangerous.

Forcades argues that she poses no danger and that her questions about vaccines, posed long before the pandemic, had simply come before their time.

The thought sometimes frustrated her, she said in an email. "But then I remember Jesus and some of the saints I love, and I feel in good company." 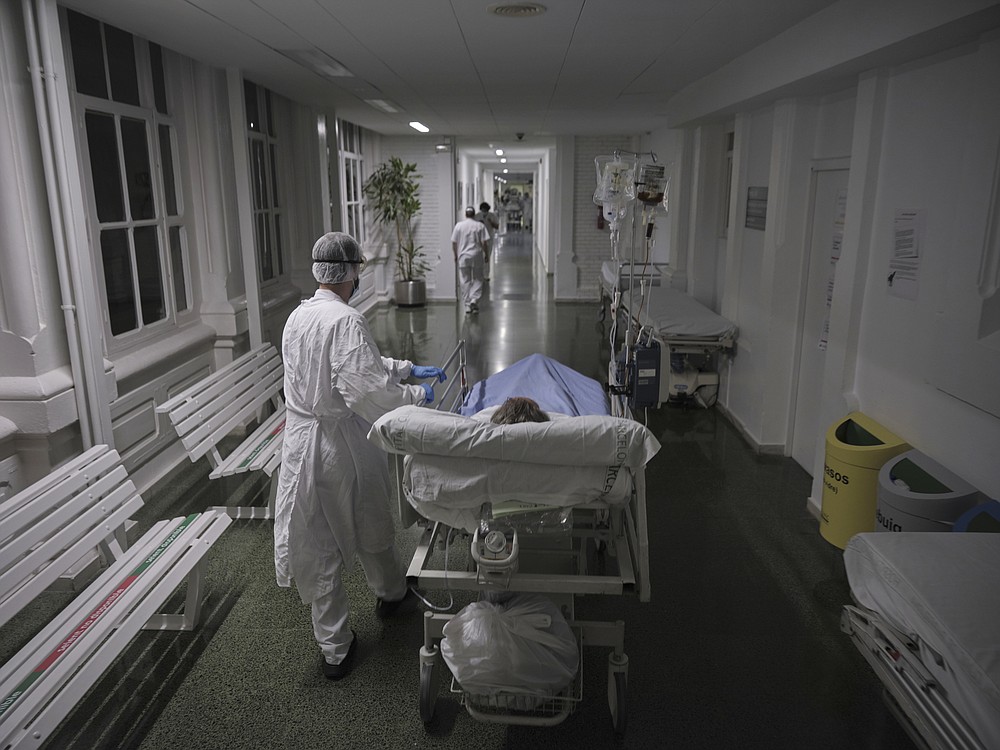 A new covid-19 patient is taken from the emergency area to an isolation unit at a hospital in Barcelona, Spain in November. (The New York Times/Samuel Aranda) 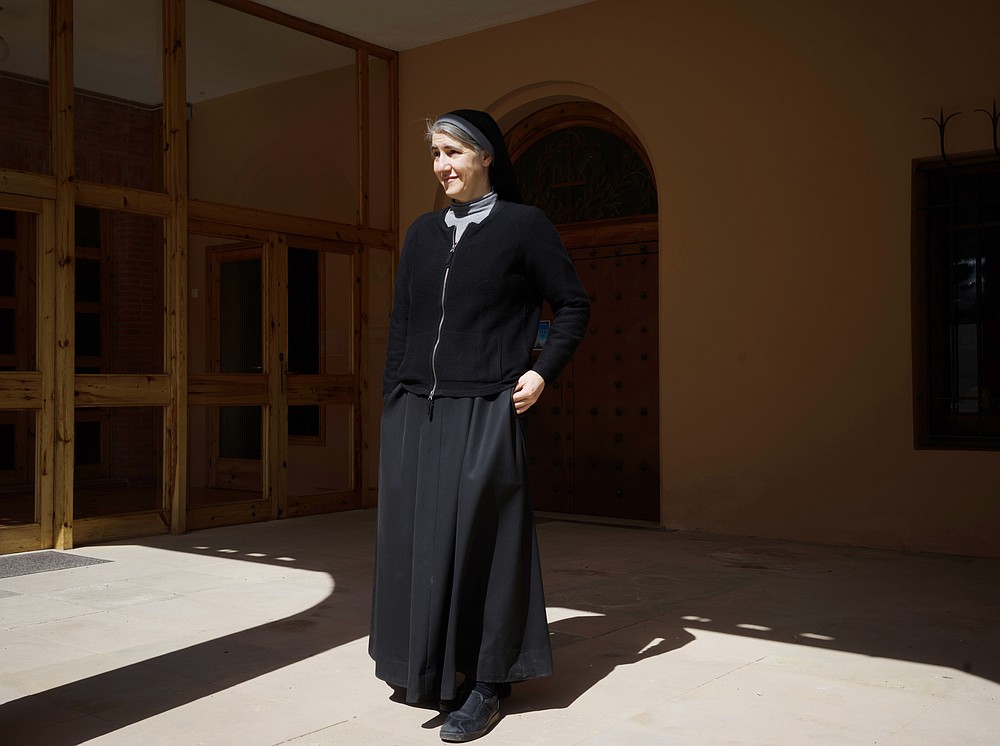 Sister Teresa Forcades, a Catholic nun and a doctor, outside the monastery where she lives in Montserrat, Spain, March 22, 2021. Forcades, Spain’s most famous Catholic nun, is one of Europe’s longstanding vaccine skeptics, finds herself at odds with governments, medical experts and even Pope Francis. (Samuel Aranda/The New York Times) 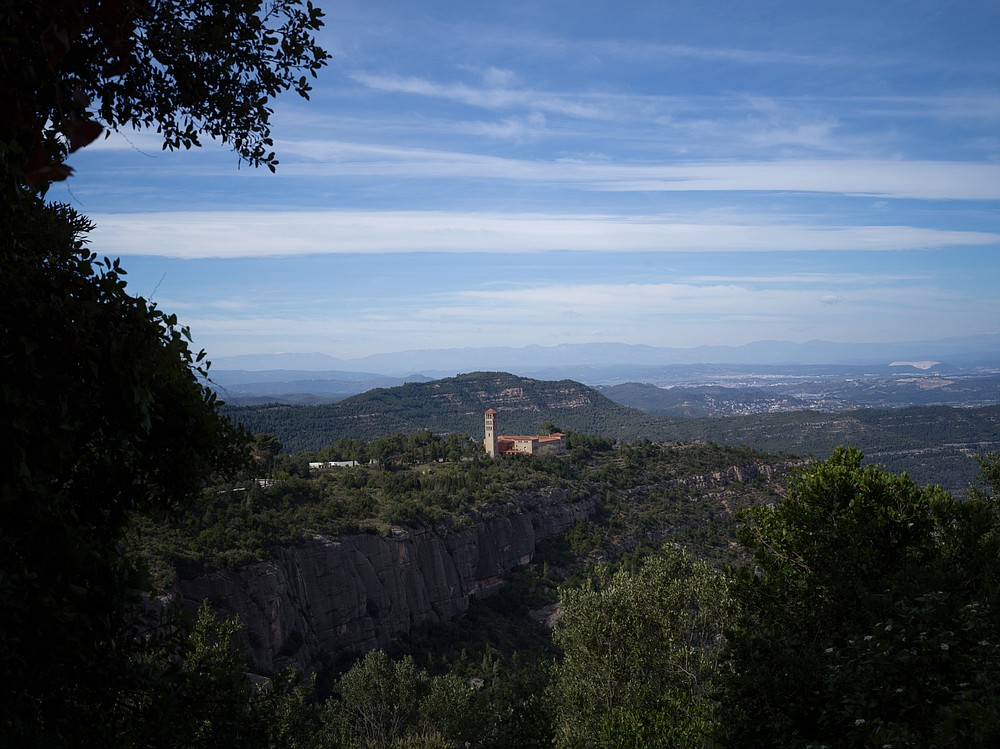 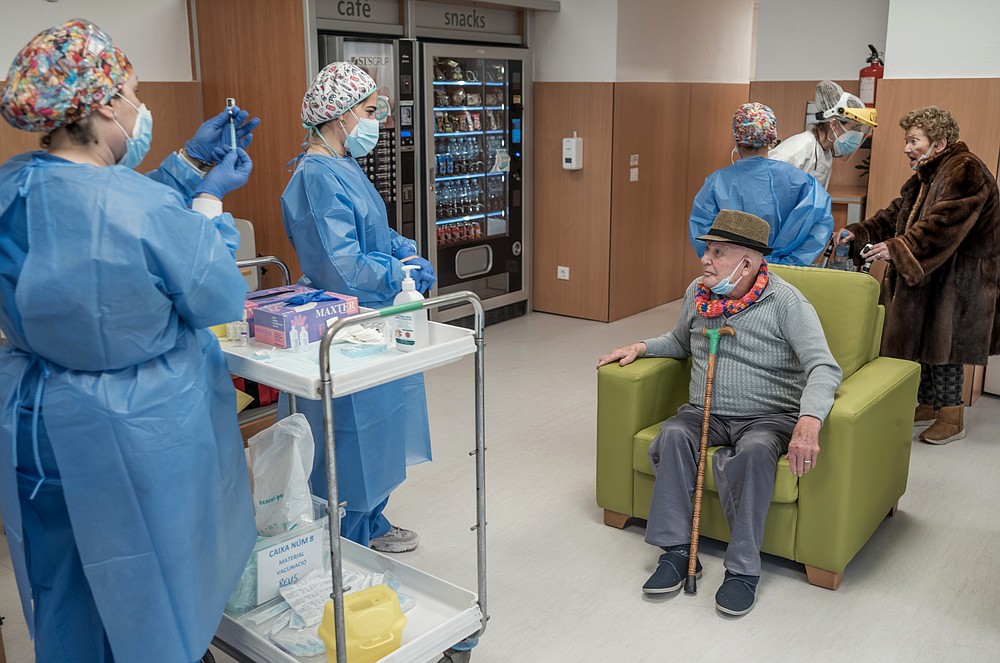 FILE — COVID-19 vaccinations are administered at a nursing home in Cambrils, Spain, Feb. 12, 2021. Sister Teresa Forcades, a Catholic nun and a doctor who is Spain’s most famous Catholic nun and one of Europe’s longstanding vaccine skeptics, finds herself at odds with governments, medical experts and even Pope Francis. (Samuel Aranda/The New York Times)
ADVERTISEMENT