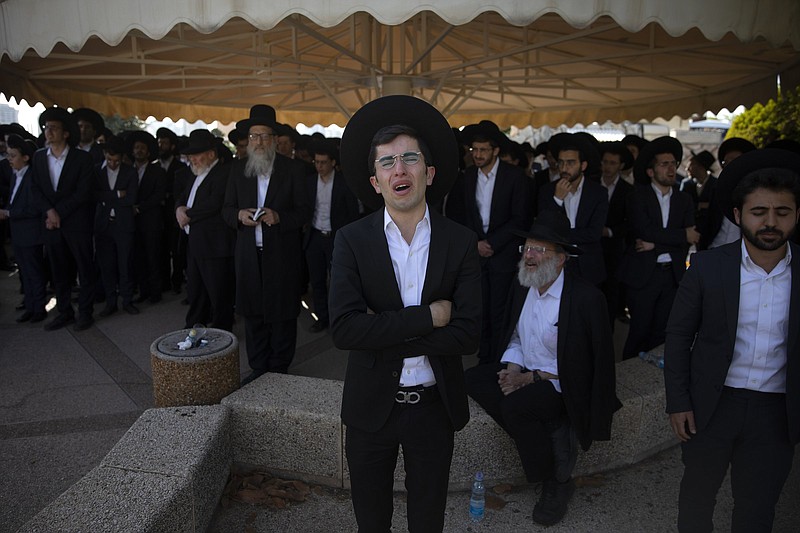 Ultra-Orthodox Jews mourn Friday during the funeral for Moshe Ben Shalom at a cemetery in Petah Tikva, Israel. He and several others died early Friday during a stampede at Lag BaOmer celebrations in northern Israel. (AP/Oded Balilty)

JERUSALEM -- As Israelis on Friday mourned the 45 people trampled to death during a pilgrimage that drew tens of thousands of ultra-Orthodox Jews, questions were arising about poor planning and possible negligence.

For more than a decade, there have been concerns and warnings that the religious site on Mount Meron in northern Israel was not equipped to handle so many pilgrims. In 2008 and 2011, reports by the state comptroller warned of the potential for calamity.

"We will conduct a thorough, serious and deep investigation to ensure such a disaster does not happen again," Prime Minister Benjamin Netanyahu pledged on a visit to the site Friday.

He called for a national day of mourning Sunday.

Israel's Consulate General office in New York said it had confirmed that four of the dead were Americans. President Joe Biden was among the world leaders who sent condolences.

[Video not showing up above? Click here to watch » https://www.youtube.com/watch?v=s5m8sxs4vDA]

Even for a country accustomed to the trauma of wars and terrorist attacks, this counted as one of the worst disasters in Israeli history.

Israel has been wracked by religious-secular tensions, particularly over the year of the pandemic, during widespread anger over what many viewed as a disregard for regulations and displays of autonomy within parts of the ultra-Orthodox community. The disaster early Friday largely united the country in shock and grief, but it also underlined some of the dysfunction dividing the society.

But in a show of national unity Friday, Israelis across the nation lined up to donate blood for the injured and canceled parties and cultural events out of respect, while Arab residents of Galilee went to aid the survivors of the Mount Meron tragedy.

As many as 100,000 people were crammed onto the mountain late Thursday, most having arrived by bus to celebrate the holiday. The festivities turned to horror about an hour after midnight, when scores of adults and children were crushed and suffocated in an overcrowded, narrow passageway that turned into a deathtrap, witnesses said.

The crush occurred after celebrants poured out of one section of the mountainside compound down some steps and into the passageway, which has a sloping metal floor. Some people at the front fainted or slipped, causing a bottleneck, witnesses said, and setting off what witnesses described as a "human avalanche."

One of the injured, Chaim Vertheimer, said the passageway was slippery from spilled water and grape juice.

"For some reason, there was sudden pressure at this point, and people stopped. But more people kept coming down," Vertheimer told the Hebrew news site Ynet, speaking from his hospital bed. "People were not breathing. I remember hundreds of people screaming 'I can't breathe.'"

Another of the injured, Dvir Cohen, said a large number of people were trying to leave at once.

"There was a staircase where the first people tripped, and everyone just trampled them. I was in the second row of people," he said. "People trampled on me, hundreds of them."

Minutes earlier, thousands of men had been bobbing and swaying on the bleachers in time to music. Israeli authorities had placed no restrictions on the number of attendees, despite warnings by some health officials about the risk of coronavirus transmission.

Though the sight of so many people gathered together and unmasked may be jarring to most of the world, life in Israel has returned almost to normal in recent weeks after a successful national vaccination drive. The majority of the adult population is fully vaccinated, though many in the crowds were younger than 16 and not yet eligible for vaccination.

It was the largest single gathering in Israel since the start of the pandemic.

By Friday afternoon, families were rushing to bury their dead before the start of the Sabbath at sundown.

In addition to the four American victims, Israeli news media outlets reported that at least one victim was Canadian. The Israeli victims included two pairs of brothers, the youngest of whom was 9. 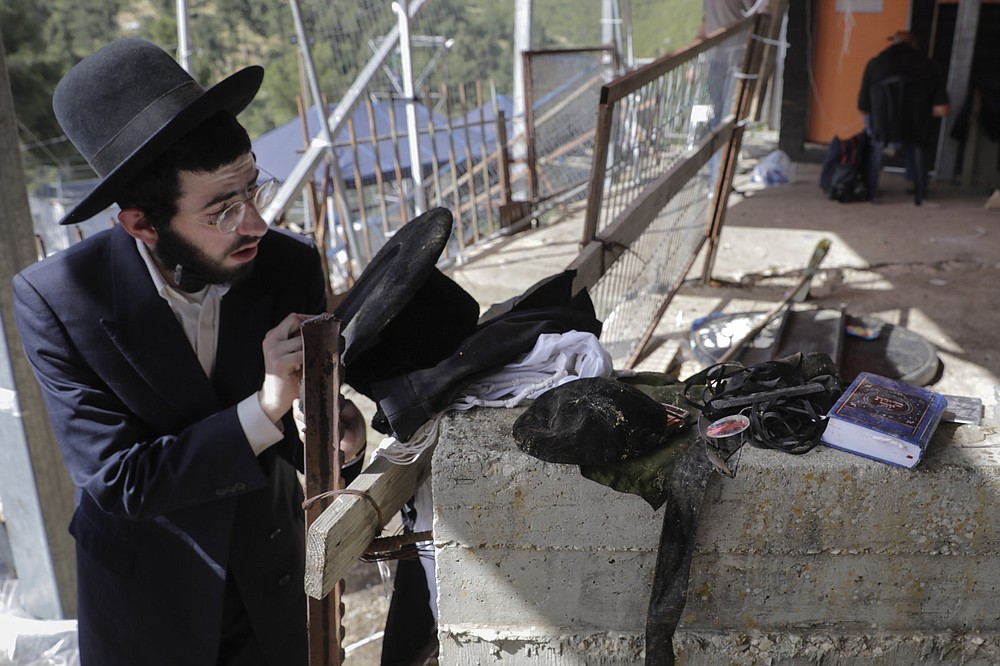 An ultra-Orthodox Jewish man examines personal belongings left Friday at the site of a stampede at the Lag BaOmer festival at Mt. Meron, Israel. (AP/Sebastian Scheiner) 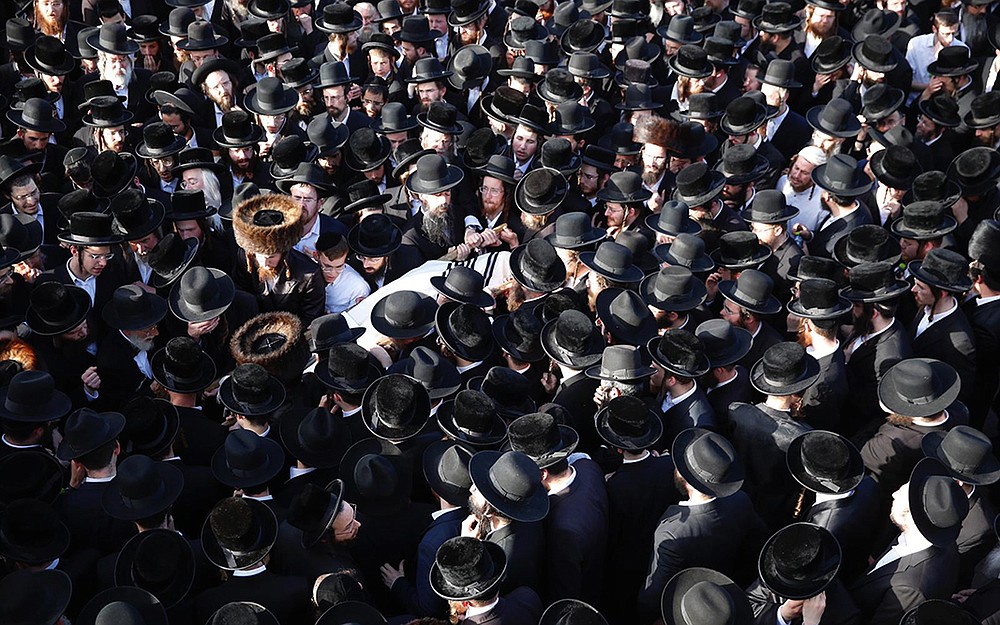 Mourners carry the body of Shragee Gestetner, a Canadian singer who died during Lag BaOmer celebrations at Mount Meron in northern Israel, at his funeral Friday in Jerusalem. A stampede at a religious festival attended by tens of thousands of ultra-Orthodox Jews killed dozens of people and injured about 150 early Friday, medical officials said. More photos at arkansasonline.com/51lagbaomer/. (AP/Ariel Schalit)
ADVERTISEMENT