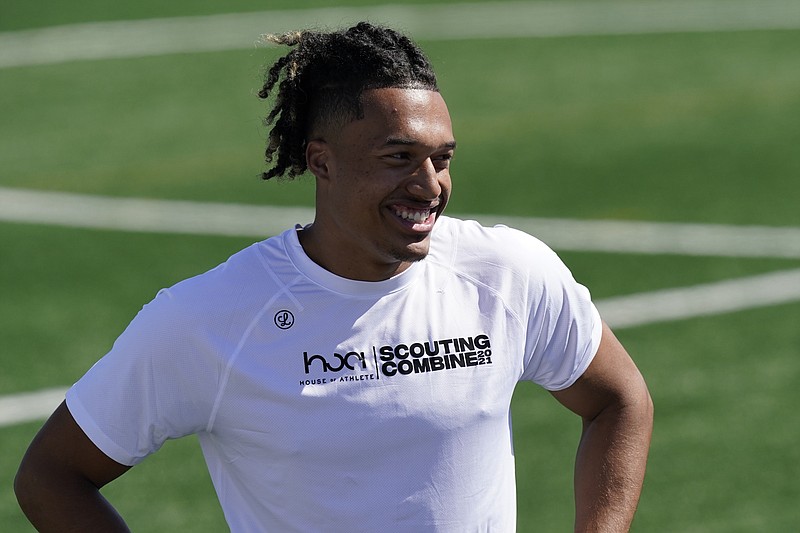 FILE - In this March 5, 2021, file photo, Texas A&M quarterback Kellen Mond watches the competition at a mini combine organized by House of Athlete in Fort Lauderdale, Fla. The Minnesota Vikings have drafted Mond, with their first of four third-round picks in the NFL football draft. (AP Photo/Marta Lavandier, File)

The five teams that took quarterbacks in the first round of the NFL Draft head into the offseason program full of optimism that they have found the franchise cornerstone that will lead to great success for the next decade.

History indicates that at least a couple of those teams will be looking for new answers sooner than they hoped with the hit rate on successful first-round quarterbacks being no better than a coin toss, something the New York Jets know all too well after taking Zach Wilson second overall just three years after making Sam Darnold the third overall pick.

The chances that the five teams that selected quarterbacks after round one found a keeper is considerably smaller based on the recent track records of those picks.

The days of first-round snubs going onto superstar careers such as Tom Brady, Brett Favre, Drew Brees, or becoming solid long-term starters such as Matt Hasselbeck, Trent Green and Mark Brunell are a thing of the past.

Since a stretch in 2011-12 when Russell Wilson, Andy Dalton, Kirk Cousins and Colin Kaepernick fashioned successful careers after being passed over in the first round, only a rare few have made it since.

Of the 70 quarterbacks taken after Round 1 from 2013-20, including 26 who went in rounds two through four, only Dak Prescott, Derek Carr and Jimmy Garoppolo have become successful starters.

The jury is still out on a few others such as Jalen Hurts, picked in the second round last year by Philadelphia, and 2019 second-rounder Drew Lock in Denver, but that history doesn't bode well for this year's class.

Five quarterbacks were drafted after the first round this year, matching the fewest taken after round one in the common draft era that started in 1967. As more teams elevate quarterbacks up their draft boards to take them in the first round, the quality in the later rounds has dropped.

There was speculation that a record-tying six quarterbacks could go in the first round this year with Trevor Lawrence, Wilson, Trey Lance, Justin Fields and Mac Jones near locks. The next to go off the board ended up being Florida's Kyle Trask, who went to Tampa Bay with the final pick of the second round.

Texas A&M's Kellen Mond and Stanford's Davis Mills then went to Minnesota and Houston respectively with back-to-back picks early in the third round, Notre Dame's Ian Book went to New Orleans in the fourth and Indianapolis took Sam Ehlinger out of Texas in the sixth round.

With the possible exception of Mills who could be rushed into play depending on the status of Deshaun Watson with the Texans, the other young quarterbacks are behind entrenched veterans and will be given time to develop.

"This is a great place for a quarterback to come and be groomed," said Tampa Bay General Manager Jason Licht, who won the Super Bowl last season with Tom Brady.

Mills might not get the luxury of waiting depending on how Watson's situation in Houston plays out. Watson's future with the team is in question after 22 women filed lawsuits alleging that he sexually assaulted or harassed them. Houston police and the NFL are investigating the allegations, leaving his future with the team up in the air.

The Texans also have Tyrod Taylor and General Manager Nick Caserio says he and first-year Coach David Culley will see how things play out before determining how quickly Mills plays.

"It's not going to be what I think or my decision or what David thinks," Caserio said. "It's going to be the players are ultimately going to determine who plays, what their role is, and how big or small that is."

Book joins a crowded quarterback competition in New Orleans as the Saints try to replace Brees. Jameis Winston and Taysom Hill are contending for the starting role and Coach Sean Payton said it "would be a little bit of a jump" for Book to join that mix.

Book has plenty of experience after starting 35 games at Notre Dame.

"We're not going to ever put a ceiling on what we think a player might be able to do," Payton said. 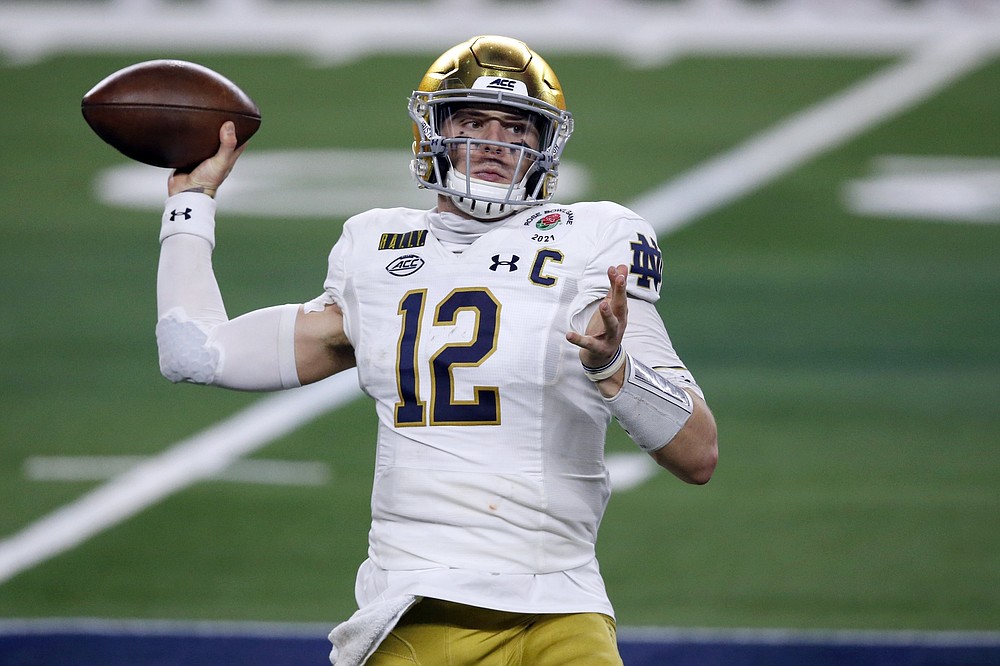