Harvick aims for repeat in return to Darlington 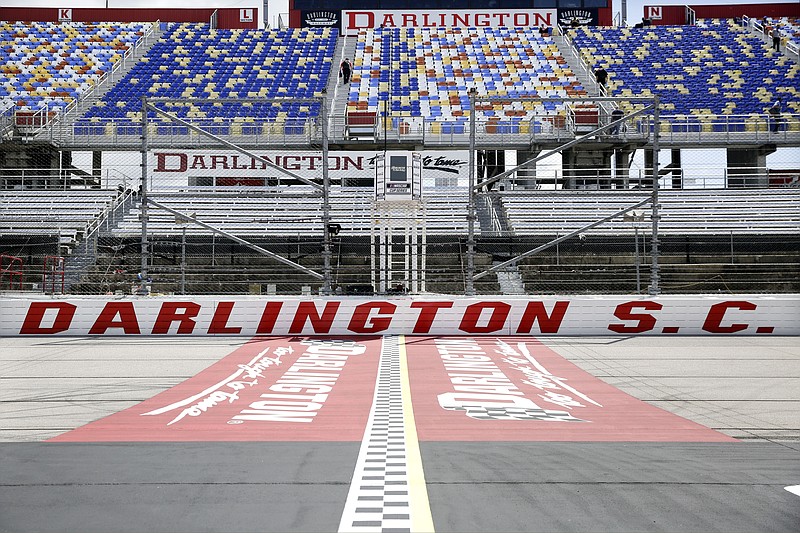 FILE - In this May 17, 2020, file photo, the grandstands are empty at Darlington Raceway before a NASCAR Cup Series auto race in Darlington, S.C. Darlington Raceway officials are excited about hosting the first of two scheduled NASCAR weekends, something the track hadn’t featured since 2004. (AP Photo/Brynn Anderson, File)

DARLINGTON, S.C. -- Kevin Harvick is hoping his winless start to the season will end at Darlington Raceway -- just like last year.

Harvick hadn't taken the checkered flag in 2020 until winning at the "Lady in Black" on May 17 in NASCAR's return to racing after more than two months away because of the pandemic.

Eight more victories followed, including a win at the Southern 500 on the old country track last Labor Day weekend.

Once again, Harvick comes to Darlington without a victory, looking to jump-start another season at the Goodyear 400 today.

"It's been a lot of fun to have been able to win there a few times now," said Harvick, a three-time Darlington champion.

The last two wins there were particularly significant for Harvick. His 50th career NASCAR Cup Series victory came at Darlington in May, without fans, in the sport's return to racing from a covid-19 suspension.

Four months later, Harvick won the Southern 500 in front of about 7,000 spectators and soaked in the cheers from grateful fans happy to see live racing.

"Winning the Southern 500 and being able to go back to Victory Lane and celebrate in front of some fans was different from the first time of dead silence," Harvick recalled.

These days, Harvick is ready to win again. He's had eight top-10 finishes -- including his best placing of the year, second to Kyle Busch a week ago at Kansas.

Hamlin has three wins at Darlington, including the second of two May races in NASCAR's return to action. The Joe Gibbs Racing driver has struggled the last two starts, ending 32nd at Talladega and 12th at Kansas.

"Obviously, the last couple of weeks haven't gone the way we've wanted them to, but Darlington is a place where we can bounce back and maybe even get into Victory Lane," he said.

Elliott has finished second at the Daytona 500 and Martinsville. He's also posted a 38th at Atlanta and a 24th at Talladega two weeks ago.

"We definitely can be better, but I was pleased with our speed last year [at Darlington]," Elliott said. "We had some really good runs and were certainly solid, so we have something good to build off of."

Harvick savored his Darlington victory a year ago because of its significance amid a pandemic.

"It was, 'OK, you can't race anymore, and you don't know when you're going to race again.' Being able to go back to the racetrack and go back to Victory Lane and get back to work was pretty much a relief," Harvick said.

That showed the rest of the year as Harvick zoomed through the NASCAR schedule, winning twice at Michigan and succeeding on short tracks such as Bristol and big tracks such as Indianapolis.

That success hasn't carried over. Harvick said this month he understands that winning in bunches one season provides no guarentees.

"Last year, everything went our way," he said. "This year it hasn't really gone our way."

He believes that can change at Darlington.

The Goodyear 400 will be run on Mother's Day, a rarity for NASCAR, which had run only seven times before in its 73-year history on the day honoring mom.

The last time came in 2007 at Darlington when Jeff Gordon won a race delayed from its scheduled Saturday night start. 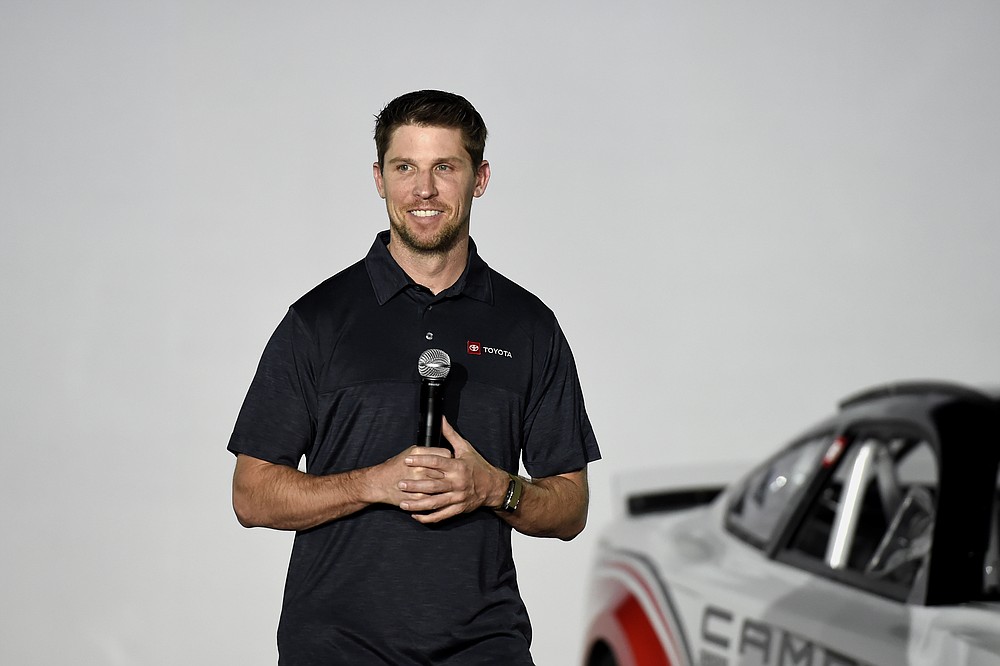 Driver Denny Hamlin talks about Toyota Camry Next Gen Cup car that will be used in the 2022 season during the NASCAR media event in Charlotte, N.C., Wednesday, May 5, 2021. (AP Photo/Mike McCarn) 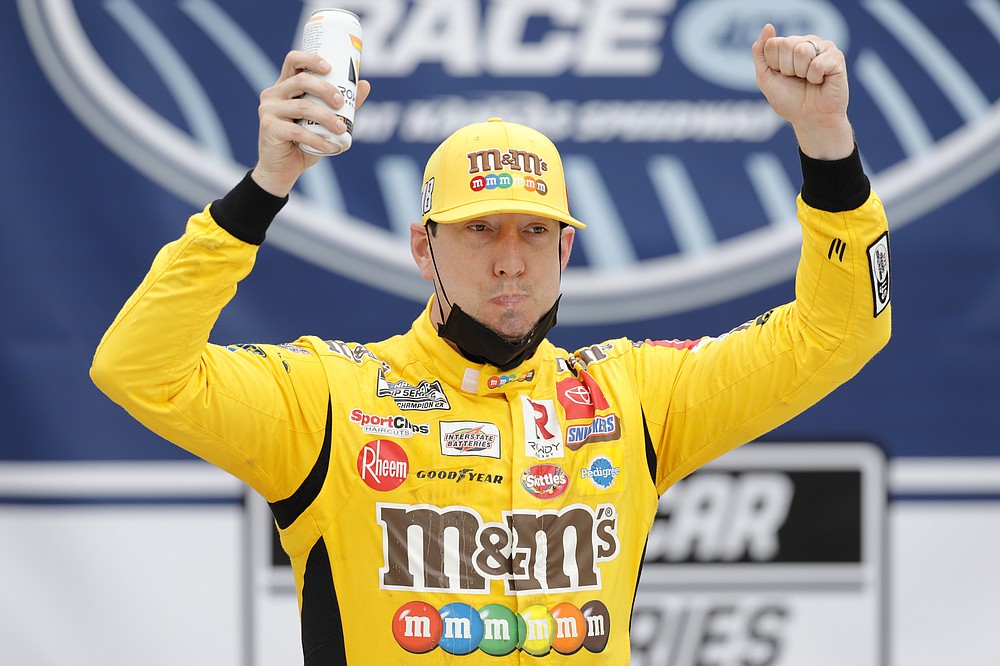 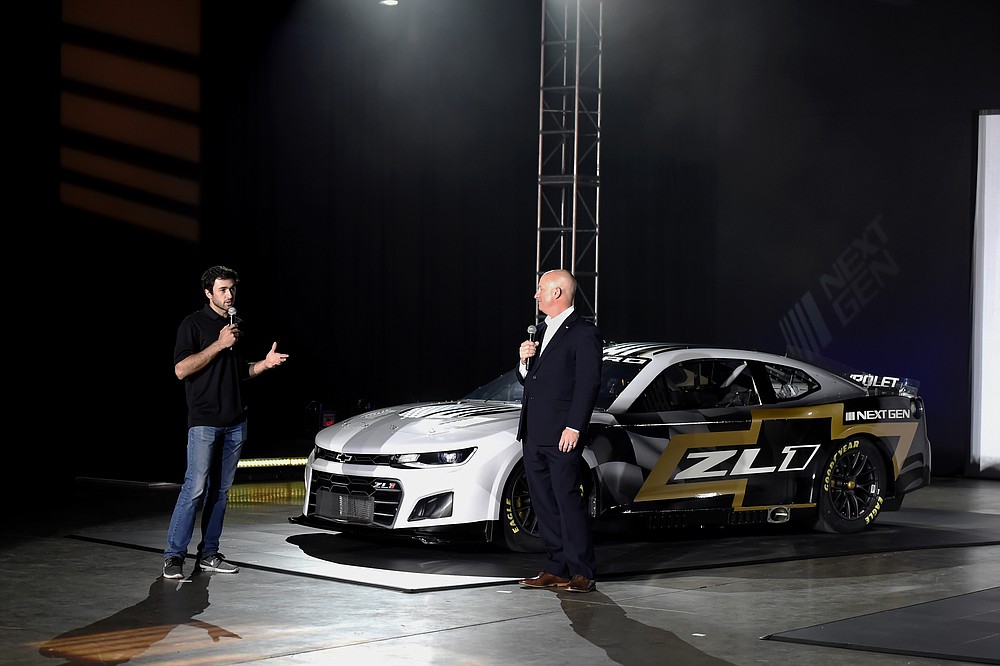 Driver Chase Elliott and Eric Warren, Director, NASCAR Programs with General Motors talk about the Next Gen Camaro that will be used in the 2022 season during the NASCAR media event in Charlotte, N.C., Wednesday, May 5, 2021. (AP Photo/Mike McCarn)
ADVERTISEMENT