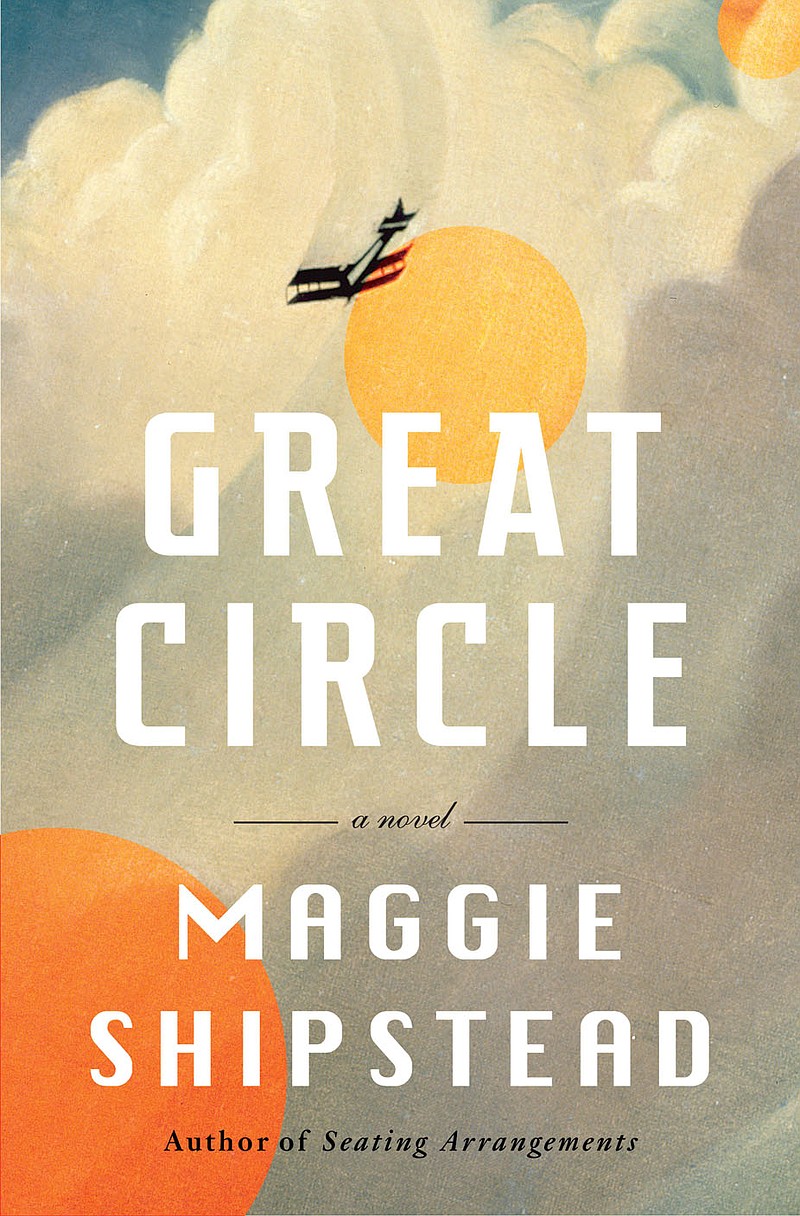 Maggie Shipstead may have been flying below your radar, but it's long past time you spot her.

In 2012, she published "Seating Arrangements," a smart romantic comedy about a WASPy wedding in New England. Two years later, she switched registers and released "Astonish Me," a piercing novel about the cruel and beautiful world of ballet.

Her new book, "Great Circle," is another surprising act of reinvention: a soaring work of historical fiction about a "lady pilot" in the mid-20th century. Indeed, so convincingly does Shipstead stitch her fictional heroine into the daring flight paths of early aviators that you'll be convinced that you remember the tragic day her plane disappeared.

But this adventure begins in the water, not the air. As Europe descends into the carnage of World War I, somewhere in the North Atlantic an ocean liner carrying more than 500 passengers explodes. As luck would have it, the captain is traveling to England with his wife and newborn twins. When the night is shattered by the first alarm, he has every intention of remaining on board during the chaotic effort to abandon ship, but in the dark and swelling panic, he fires his pistol and leaps onto a lifeboat while clutching his twins.

Shipstead creates this catastrophe in all its watery terror, but what's even more impressive is the way she sets up these characters so that we feel the full weight of the fears and passions pulling on them as the boat burns and sinks. Although we'll never see some of these people again, the author's careful investment in them sets down a thicket of secrets and obligations that will play out over the coming decades.

At the center of the vast story that develops are those rescued twins: Marian and Jamie Graves. With their mother lost at sea and their father in prison for abandoning his ship, the youngsters are raised by a kindly but inattentive uncle in Missoula, Mont. "They do not always go to school," Shipstead notes. "If it is a splendidly sunny day or an enticingly snowy one, they might wander away somewhere else." Their only friend is the son of a prostitute who lives in a sagging cabin nearby. "In summer all three swim naked in creeks and rivers."

In that Edenic setting, Jamie develops an intense love for the natural world, but his sister, Marian, thirsts for even greater freedom. When she sees a pair of old circus pilots called the Flying Brayfogles, she's transfixed. "Other barnstormers had come through town before, selling rides and doing aerobatics and parachute jumps," Shipstead writes, "but Marian had never really noticed them, never considered how an airplane could pass over the mountains, over the horizon, carry people elsewhere. Maybe she had needed the dangerous proximity of the plane, its roar and the red flash of its wings to jolt her from obliviousness. Or maybe the moment was simply right. She was at an age when the future adult rattles the child's bones like the bars of a cage."

For the rest of her life -- and the rest of this novel -- Marian will crave the opportunity to fly. That aspiration, powered by her iron will, makes her a pest at the airfield where she begs for lessons. Soon enough she proves herself a remarkably talented flier. Again and again, though, Marian runs up against the chauvinism and incredulity of male pilots, including an industry just getting off the ground. Even the exigent demands of World War II aren't enough to open the ranks fully, but Marian still finds a way to participate, so long as she can maintain the image of a proper, patriotic "girl."

"Great Circle" is a relentlessly exciting story about a woman maneuvering her way between tradition and prejudice to get what she wants. It's also a culturally rich story that takes full advantage of its extended length to explore the changing landscape of the 20th century. (In her acknowledgments, Shipstead wryly notes that "paring down an unwieldy thousand-page manuscript into this slender wisp of a thing was not an easy process.") The novel frequently alludes to various real-life women who broke flight records, including, of course, Amelia Earhart, whose adventures sometimes echo Marian's.

But Shipstead is particularly interested in the way attitudes about gender shape women's expectations, desires and careers. Marian utterly rejects the gallant respect for her femininity, which she knows is just a pretty way of keeping her tethered and hooded like a tame falcon. To the alarm of almost everyone who claims to care for her, Marian's dexterity in the air is matched by her fluid sexual identity.

That's a lot -- I would argue enough -- but Shipstead has boldly complicated this gripping historical novel by weaving in a modern-day story set in Hollywood. In alternate chapters, a young woman named Hadley describes her tumultuous career as a movie star. She plays the ingenue in the wildly popular "Archangel" films, a series based on the phenomenally popular "Archangel" novels. (Think "Fifty Shades of Grey.") The work -- embarrassing as it is -- earns Hadley tens of millions of dollars, but it requires her to participate in a perpetual publicity campaign that eroticizes everything about her while holding her to a standard of quaint fidelity. When she shatters that image in a night of drunken debauchery that sets social media aflame, Hadley is summarily fired. Humiliated and out of work, she agrees to play Marian Graves in an artsy film based on the lost aviator's life.

A novel that switches between two different periods and tones confronts the essential challenge of rendering both competing storylines engaging, and "Great Circle" struggles to make that case. Hollywood, with all its hypocrisy and excess, may be a fat target, but it's also a tattered one, and Shipstead has far more success bringing 1914 to life than 2014. The extraordinary realism of Marian's chapters can make the broad strokes of Hadley's sections feel light in comparison.

But fortunately, when Hadley gets serious about discovering the real story of Marian, the novel's parallel stories begin to resonate with each other in interesting ways. Though separated by decades, the aviator and the actress are both powerful women, rising from devastating tragedies to forge their own way.