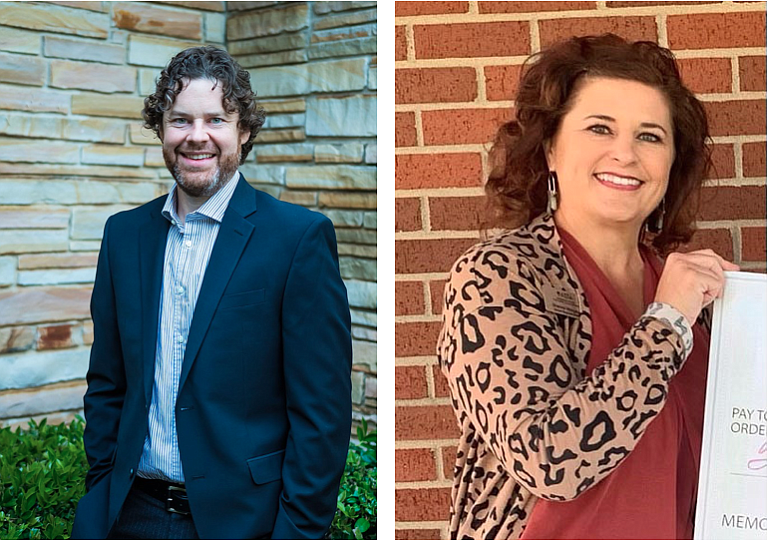 ALMA -- The School Board will be getting some new blood after the annual school election May 18.

Barret Ewing and Shanna Morgason are competing for a five-year term in the Position 2 seat.

The winner will replace Ron Haught, who decided not to run for re-election after 30 years on the board, School District Superintendent David Woolly said.

Ewing is the director of engineering and operations at Arkansas Valley Electric Cooperative in Ozark. He's a former member of the district's Career and Technical Education Advisory Committee, and his parents were both educators.

Morgason, was a junior high and high school teacher, as well as an elementary school librarian, now owns the M Collective Dance and Cheer dance studio in Alma with husband Scott. She also works for the nonprofit group Arkansas State Teachers Association as regional director/member services, and is the daughter of a coach and a teacher.

Ewing said he values education and rural communities. He believes the district has done "a spectacular job" offering programs to students to better themselves and their communities, providing them the opportunity to learn fundamentals and a variety of other things in the areas of fine arts, health, physical education and career and technical education.

"I think there's lots of ways to build students' skillsets that don't just include going to college, but apprenticeship programs, internships," Ewing said.

Ewing expressed a desire to be part of this future, especially for the time while his children -- a first-grader and another who will start kindergarten in 2022 -- are in school and he is involved in the community with them.

"I just want to make sure that I can be of some assistance," Ewing said. "I feel like with my career path and being in engineering, I think I can give some advice on the technical side, but also see the need for the other areas."

The most important issue to the district from Ewing's perspective is ensuring it is looking at the future of the students and the community, as well as offering programs that line up to give students the best opportunity to succeed in life after high school.

Morgason has three children -- a senior, a junior and a first-grader -- in the district, as well as another who graduated from Alma High School. She believes her experience as a mother, combined with her professional background in K-12 education and what her own parents did for a living, would allow her to provide insight into what's best for students and teachers.

Morgason said teachers have "really been essential workers" through this past year during the covid-19 pandemic.

"And there's so much pressure put on them when you're dealing with, of course, our nation's most precious commodity, which are kids, that I really feel like my insight might be unique because I come at it from all different angles," Morgason said.

Morgason said she didn't see any true negative issues to the School District.

"Again, I just feel like sometimes you need the perspective of the person that has been there and done that job when you're making decisions," Morgason said.

School board positions are unpaid in Arkansas.

• Residency: Alma; has lived in the School District for 37 years

• Education: Bachelor’s degree in electrical engineering from University of Arkansas, 2005

• Residency: Alma; has lived in the School District for six years

• Education: Bachelor’s degree in English and social studies from University of Central Arkansas, 1995