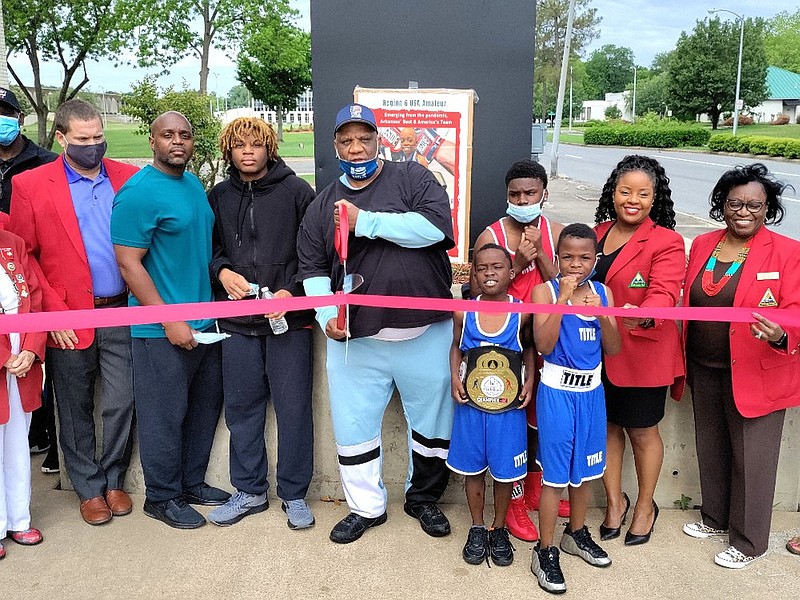 Boxing club Gloves Not Guns has signed a contract with the Pine Bluff Convention Center to host two Silver Gloves qualifying tournaments in the next two months.

All the organization wants now are sponsors.

"This is for the city of Pine Bluff," club founder and director Albert Brewer said. "We can grab their attention that this is a tournament they'll want to come back to every year."

The Arkansas State Silver Gloves is set for June 4-5. It was held for many years at the North Little Rock Community Center.

Winners from that tournament will compete in the Region 6 Silver Gloves, set for July 24-26 in Pine Bluff. The region is made up of Alabama, Arkansas, Louisiana, Mississippi, Tennessee and Texas.

Silver Gloves is a national tournament for boxers 16 and younger that is held in the same spirit of the Golden Gloves, the premier amateur boxing championship in the U.S. Darrion White, now 10, won the national championship at the 45-pound division in his age group two years ago and wore his belt to a ceremony outside the Convention Center marquee Tuesday. The Pine Bluff Regional Chamber of Commerce Redcoats held the ceremony to welcome Gloves Not Guns as a member.

Brewer, a former All-Army boxer, has said his goal is to make Pine Bluff the sport's capital of Arkansas.

"We've got a lot of talent," said Jammie Robertson, who volunteers as a coach with Gloves Not Guns. "We've got a lot of kids. It could be a real good program. We just need help to keep it going. We put on a fight about three weeks ago, and we had about eight new kids just show up, wanting to fight because some of them came and had seen how it was."

Robertson also told the story of how his son Desmond, now 15, went from being a "couch potato" and playing video games to learning how to box competitively. Desmond looks forward to competing in his hometown.

"I believe I'm going to do better because I've been working hard and been working with a professional," Desmond said.

More information about sponsoring the state and region Silver Gloves tournaments is available from Brewer at (870) 329-3875.