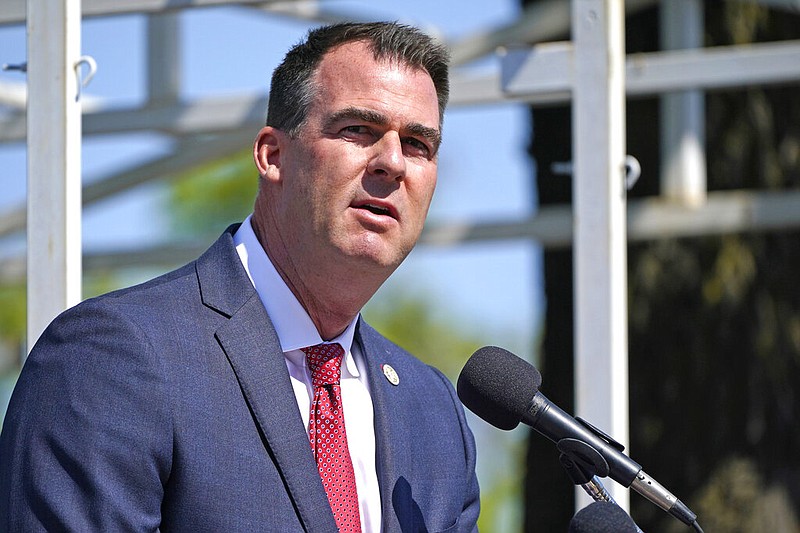 Oklahoma Gov. Kevin Stitt speaks during a memorial ceremony for state law enforcement in Oklahoma City in this May 7, 2021, file photo. (AP/Sue Ogrocki)

TULSA — The commission formed to observe the 100th anniversary of the Tulsa Race Massacre announced Friday that it has booted Oklahoma Gov. Kevin Stitt from his seat on the panel.

However, the move came after commission project manager Phil Armstrong criticized the Republican governor for signing a bill into law outlawing the teaching of certain race and racism concepts in Oklahoma schools. The law specifies that teachers and schools are forbidden from including any material that causes any individual to “feel discomfort, guilt, anguish or any other form of psychological distress on account of his or her race or sex,” effective this July.

It went on to say that while the commission “is disheartened to part ways with Governor Stitt, we are thankful for the things accomplished together.” It also said, “No elected officials, nor representatives of elected officials, were involved in this decision.”

The Republican governor was informed of his ouster only when the commission issued its statement, said Stitt spokeswoman Carly Atchison.