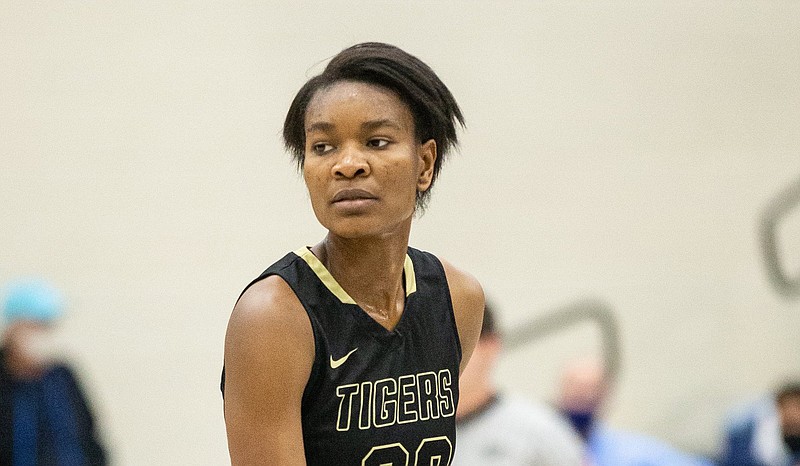 The five-star recruit said she has signed with the University of Arkansas in an announcement Friday on her Twitter account, two days after she was released from her national letter of intent at Baylor.

"It's been crazy," Dauda said Friday afternoon when asked about the past few days. "It hasn't been a year since I officially committed to Baylor, and already within a year I have a release and signed somewhere else. It's been a crazy year with everything going on."

Arkansas Coach Mike Neighbors said Dauda is a unique athlete for the Razorbacks.

"To me, it's kinda that missing piece that we have all talked about," Neighbors said. "We know how rare skilled athletes of size are in the world, not just in the country, that choose basketball. We're really lucky she landed in Bentonville, Arkansas, and we got a chance to build a relationship with her.

"We've never had a kid like here before with her ability to score around the basket, score on the perimeter, pass and catch, shoot 85% from the free-throw line and block a shot on the other end."

The 6-4 Dauda, rated as the No. 13 player in the country by ESPN, signed a letter of intent in November to play at Baylor, but longtime Lady Bears coach Kim Mulkey recently left to become the head coach at LSU. Dauda obtained her release Wednesday.

Dauda told the Democrat-Gazette two weeks ago that she would make a decision about her college future after Baylor named Mulkey's replacement. Baylor hired Atlanta Dream coach Nikki Collen to take Mulkey's place on May 3, and Dauda requested a release from her letter of intent Sunday.

"I wanted to weigh my options and see if Baylor was still the best fit for me," said Dauda, a McDonald's All-American. "With that being said, I waited to see who the new coach was to see if I had a connection with her the way I had with Coach Mulkey.

"The connection was there, but it wasn't as strong as it was with Kim. Don't get me wrong -- I loved talking to Coach Nikki, but I didn't feel Baylor was a good fit for me anymore.

"I had a conversation with Coach Nikki, and it went great. I felt like it was a smooth ride getting my release, and Baylor did everything so well. I appreciate how they handled the situation."

Unlike some athletes who openly announce their recruitment is open in these situations, Dauda kept the situation quiet. She said the reason was because she already knew she wanted to go to Arkansas. Neighbors also was the first coach to contact her.

"I started having conversations with him, and I started looking into the program," Dauda said. "I saw all the recruits he had brought in since I had committed to Baylor, and I knew I was the last piece of the puzzle and bring everything together."

Neighbors said he and his staff wished her well when she made her decision to sign with Baylor, but was happy to reconnect when her situation changed.

"We still had the same team that loved her and the same group of coaches that wanted to coach her, nothing changed for us," Neighbors said. "That's where stability gets lost in the shuffle sometimes ... stability can have its payoff in the long run, and that's what happened I think."

Dauda set records left and right as a Lady Tiger, finishing as the career leader in points, rebounds and blocked shots. She finished with 1,401 points, 339 blocked shots and 867 rebounds. She averaged 17 points, 8.1 rebounds and 2.9 blocks this season.

She adds to an Arkansas roster that has a distinctly local flavor. She joins Fayetteville's Sasha Goforth, who recently transferred to Arkansas after her freshman season at Oregon State, along with Springdale's Marquesha Davis and incoming freshman Jersey Wolfenbarger of Fort Smith Northside.

It may be a while before Dauda takes the court at Walton Arena. She suffered a knee injury during practice as Bentonville prepared for the 6A-West Conference tournament this year, and she had surgery March 19. She was cleared to begin walking two weeks ago, and Dauda said the plan is to redshirt her freshman year.

Neighbors pointed out there are now four McDonald's All-Americans, with Dauda joining Amber Ramirez, Wolfenbarger and Goforth. It's also big to have so many in-state players opt to stay home, Neighbors said.

"You don't have to go away to play against the best or with the best," Neighbors said. "Now you look across there and there's Sasha and there's Jersey and Ramirez, who will be a senior. She sees Marquesha, who she's played with and against, and Erynn Barnum and those other Arkansas kids." 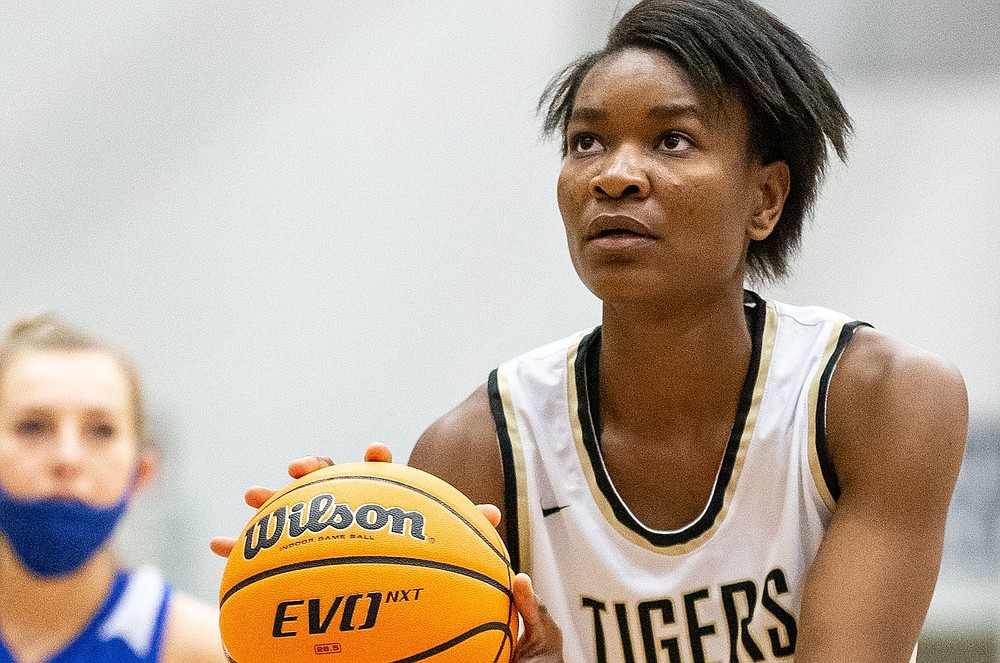 Bentonville’s Maryam Dauda is now one of four McDonald’s All-Americans on the University of Arkansas women’s basketball roster after committing to the Razorbacks on Friday. (Special to the NWA Democrat-Gazette/David Beach)
ADVERTISEMENT