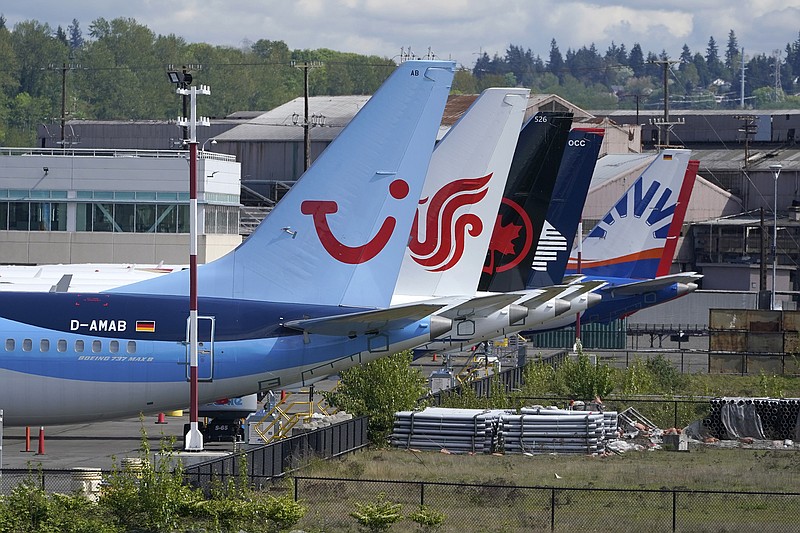 Spurred by Boeing's recent litany of defects in production of the 787 Dreamliner, the 737 Max and the 767-based KC-46 tanker, a congressional committee sent letters Tuesday to both Boeing and the Federal Aviation Administration seeking pertinent manufacturing and quality-control records.

The move signals a loss of confidence from the repeated quality lapses, and it comes after a drastic shift in Boeing's system of checking production quality, with hundreds of quality-inspector jobs being cut since 2019.

The letters from Rep. Peter DeFazio, D-Ore., chairman of the House Committee on Transportation and Infrastructure, and Rep. Rick Larsen, D-Wash., chairman of the Subcommittee on Aviation, demand records "regarding continued issues with the manufacture and production of Boeing commercial aircraft at facilities in both Washington state and South Carolina."

The House committee's investigation into two 737 Max crashes that killed a total of 346 people produced a scathing report last fall that cataloged a series of "technical miscalculations and troubling management misjudgments" at Boeing and "grossly insufficient oversight by the FAA."

The letters initiate a new investigation into production-quality lapses across a variety of aircraft:

• An electrical problem that grounded 109 newer 737 Maxes last month and stopped deliveries of the jets for about five weeks.

• Defective fuselage joins on the 787 that stopped deliveries of the Dreamliner for more than four months and led to a buildup of about 100 parked jets requiring inspection and rework.

• Debris left inside the fuel tanks of newly manufactured aircraft, a problem that occurred repeatedly on the 767-based KC-46 Air Force refueling tanker.

"In light of these new and ongoing issues that point to problems in maintaining quality control and appropriate FAA oversight of production issues, I will thoroughly and deliberatively investigate any issues, such as those affecting the 737 Max and the 787, that may endanger public safety," DeFazio said in a statement Tuesday.

Last week, the FAA approved Boeing's fix for the Max electrical problem. And Boeing has begun delivering 787s again as it gradually completes rework on the backlog of parked planes. The latest report of debris found inside the tanker fuel tanks was last summer.

However, as Boeing struggles to emerge from the 21-month grounding of the Max after the crashes and copes with the demand collapse and cash squeeze from the pandemic downturn, the discovery of one quality problem after another has presented a series of new hurdles.

All of this follows a transformation of Boeing's quality-control system in 2019 that eliminated thousands of quality checks during production and cut hundreds of quality-inspector jobs.

The idea was to ensure quality with tools and automation during initial installation and to allow mechanics to inspect their own work without a second set of eyes to check it.

Ernesto Gonzalez-Beltran, the vice president of quality whom Boeing brought in from the auto industry to oversee that shift in its quality system, left the company in December.

The U.S. House inquiry suggests Boeing may have to reassess the changes introduced on its quality checks.

"Congress has an obligation to ... ensure U.S. aviation remains the global gold standard in safety," Larsen said. "I will continue to push for rigorous oversight of the FAA and industry to improve the safety of air travel."