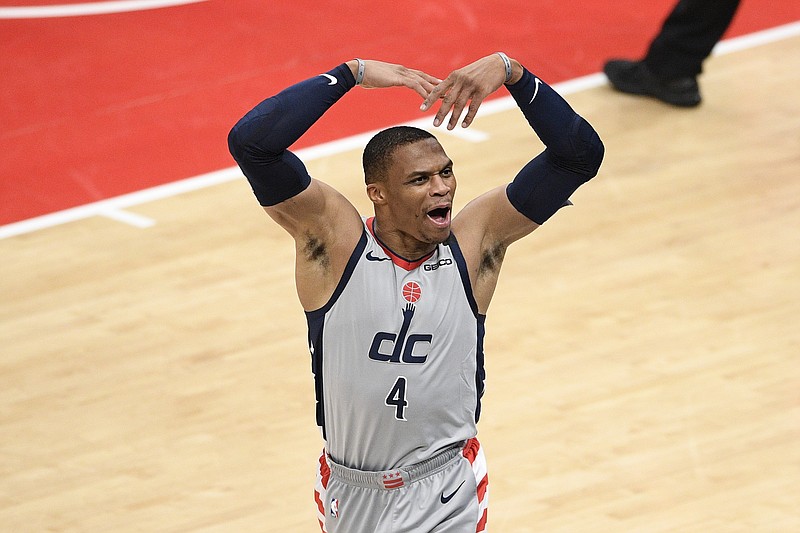 Washington Wizards guard Russell Westbrook reacts to the crowd during the second half of the team's NBA basketball Eastern Conference play-in game against the Indiana Pacers, Thursday, May 20, 2021, in Washington. (AP Photo/Nick Wass)

WASHINGTON -- After one loss back when the Washington Wizards were struggling through a coronavirus-disrupted, injury-depleted and defense-optional stretch of the season that put them 15 games below .500, Russell Westbrook gathered his teammates to speak his mind.

According to Coach Scott Brooks, Westbrook delivered a "very passionate, very direct talk" that essentially amounted to: We will not miss the postseason.

Might have seemed far-fetched at the time. Turns out Westbrook was true to his word.

Westbrook nearly produced a triple-double Thursday night, Bradley Beal scored 25 points and the Wizards reached the NBA playoffs as the Eastern Conference's No. 8 seed by overwhelming the Indiana Pacers 142-115 in the play-in round Thursday night.

Washington led by as many as 38 and now faces Joel Embiid and the No. 1 seed Philadelphia 76ers in the first round, marking quite a turnaround for Brooks' crew, which was 17-32 before going on a 17-6 run over the regular season's last six weeks.

"Russell has an edge, guys, and I think the world should appreciate that," said Brooks, who also coached Westbrook at the start of the point guard's pro career with the Oklahoma City Thunder. "He gives you everything. He's a hooper. And sometimes, he's an angry hooper. But he's a hooper that just plays the right way and plays hard."

Asked about his locker room chat when things looked bleak, Westbrook said: "We were struggling and everybody was doubting us on the outside and we had to knuckle up."

A little more than a week after breaking Oscar Robertson's career record for most regular-season triple-doubles, Westbrook finished Thursday with 18 points, 15 rebounds and 8 assists, and it was Beal -- second in the NBA in scoring two years in a row -- whose three-pointer opened up a 30-point lead at 98-68 with about four minutes left in the third quarter.

"We weren't able to sustain some of their punches," Indiana's Doug McDermott said.

Beal and Westbrook heard "M-V-P!" chants during trips to the foul line, as did reserve center Robin Lopez in an appreciative if more tongue-in-cheek way, from a giddy crowd capped at 5,333 -- a quarter of the arena's capacity -- because of covid-19 concerns.

Beal skipped the last period entirely. Westbrook sat out the last 8 minutes and tossed his shoes to a fan.

"They got on a roll. They got two elite players on that team and they're at home," said Malcolm Brogdon, who led Indiana with 25 points. "Once guys like that get their confidence going in the second quarter and start rolling, there's not much you can do."

Domantas Sabonis had 19 points, 11 rebounds and 10 assists before fouling out early in the fourth quarter for the Pacers, whose run of five consecutive playoff appearances ended in Coach Nate Bjorkgren's first year in charge.

Asked if he thought he'd be back next season, Bjorkgren said: "My focus is on the players right now, and I'm not thinking about myself. I'm really not. I want to just do what's best for these guys."

The Wizards lost the 7-vs.-8 game at the Boston Celtics 118-100 Tuesday, and Westbrook was hardly himself.

He shot 6 for 18. He had only five assists, less than half of his league-leading average of 11.7.

"Just wasn't feeling my best when my team needed me the most," he said. "Today I did a better job."

It was close until early in the second quarter, when the score was 34-all.

From there, Westbrook took over for a bit, bullying his way through the lane and mean-mugging Pacers players. A 16-0 run made it 50-34 and prompted the Pacers to take a timeout. They never recovered.

At one point, Westbrook raised a hand and wiggled his fingers while looking into the stands, pleading for more noise. Later, Beal -- who has been dealing with a strained left hamstring -- wind-milled his arms while smiling wildly.

Now the Pacers head to the offseason, while the Wizards are back in the postseason after missing out the past two years before acquiring Westbrook in a trade that sent John Wall to Houston.

Washington dealt with a covid-19 outbreak that affected more than half of its roster and led to a two-week hiatus. The team lost two starters for the season with injuries.

Now, though, Westbrook, Beal and Co. get to keep playing.

"We have a lot of noise to make," Beal said. 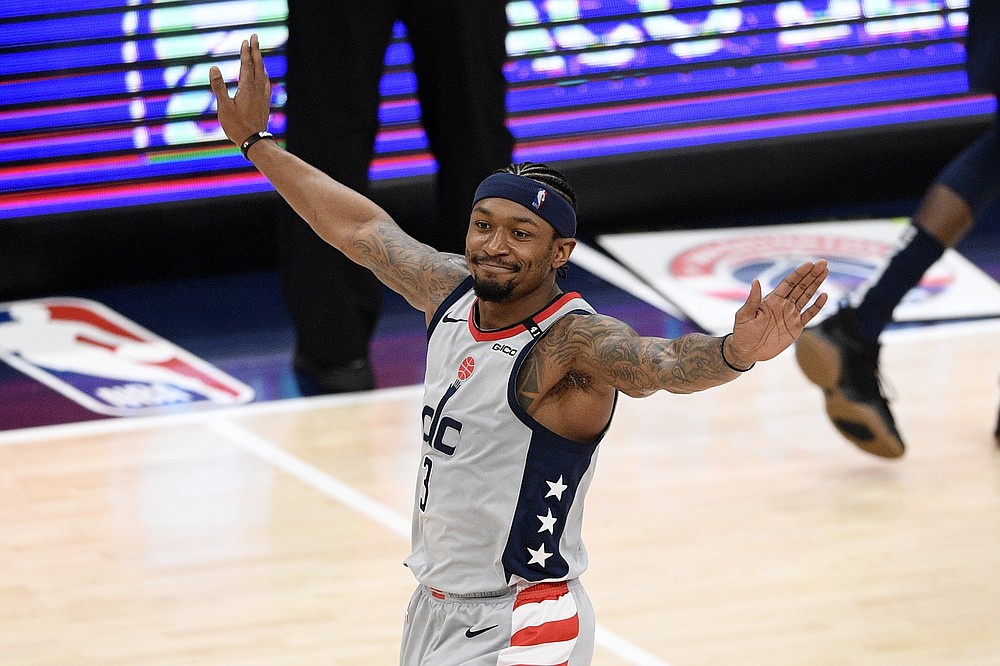 Washington Wizards guard Bradley Beal (3) reacts after he made a 3-point basket during the second half of the team's NBA basketball Eastern Conference play-in game against the Indiana Pacers, Thursday, May 20, 2021, in Washington. (AP Photo/Nick Wass) 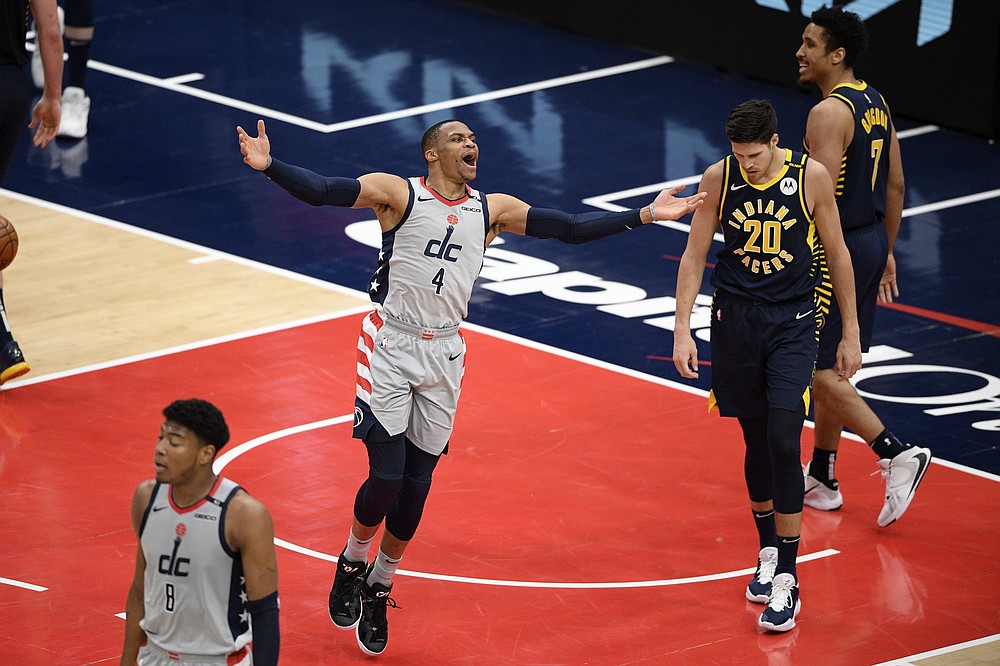 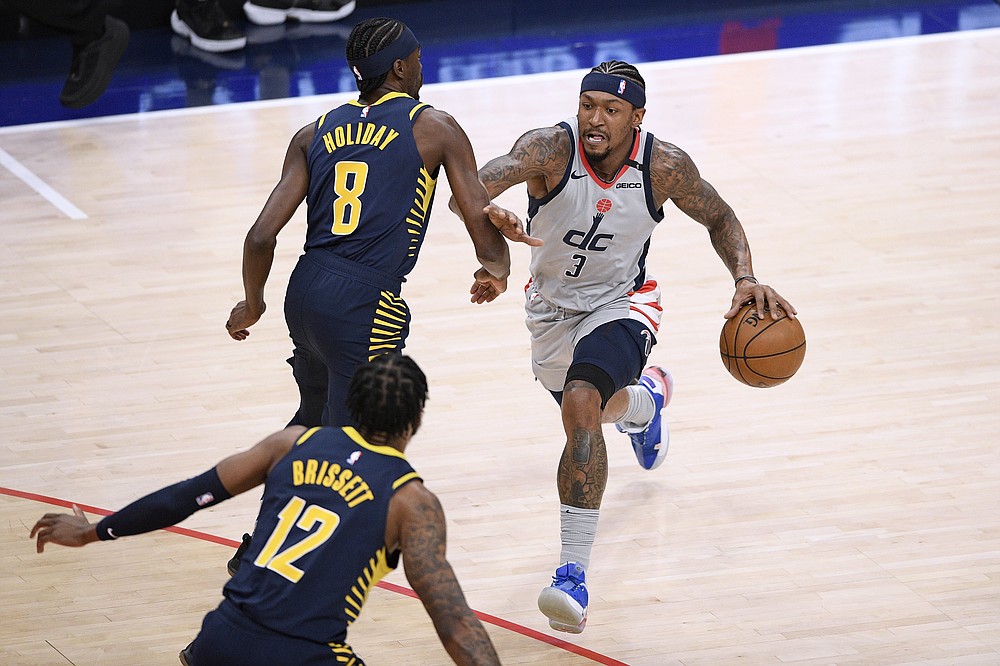 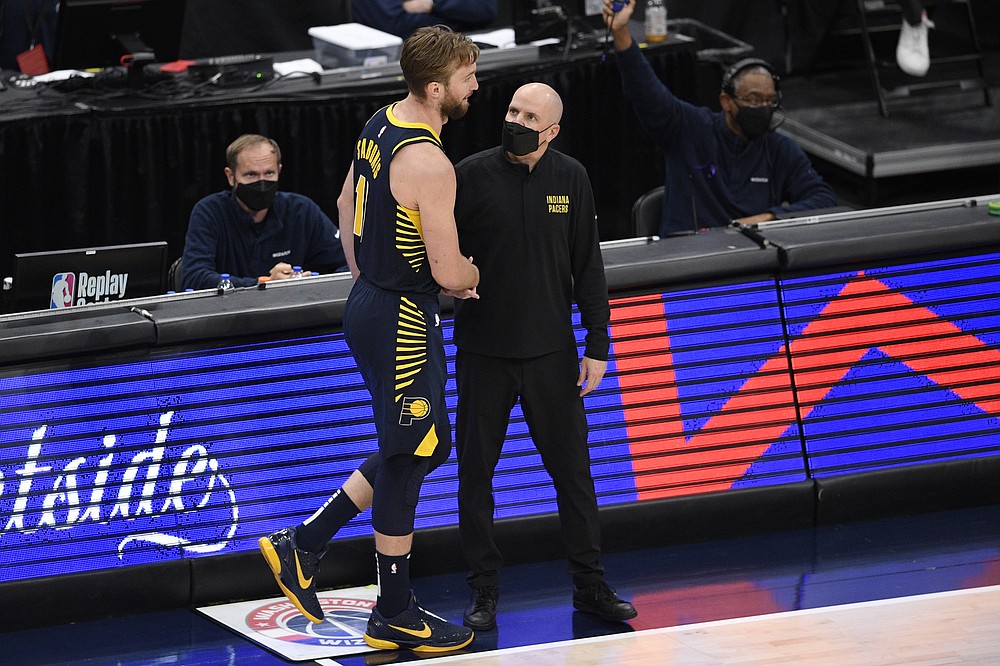 Indiana Pacers forward Domantas Sabonis (11) shakes hands with coach Nate Bjorkgren, right, after fouling out during the second half of the team's NBA basketball Eastern Conference play-in game against the Washington Wizards, Thursday, May 20, 2021, in Washington. (AP Photo/Nick Wass) 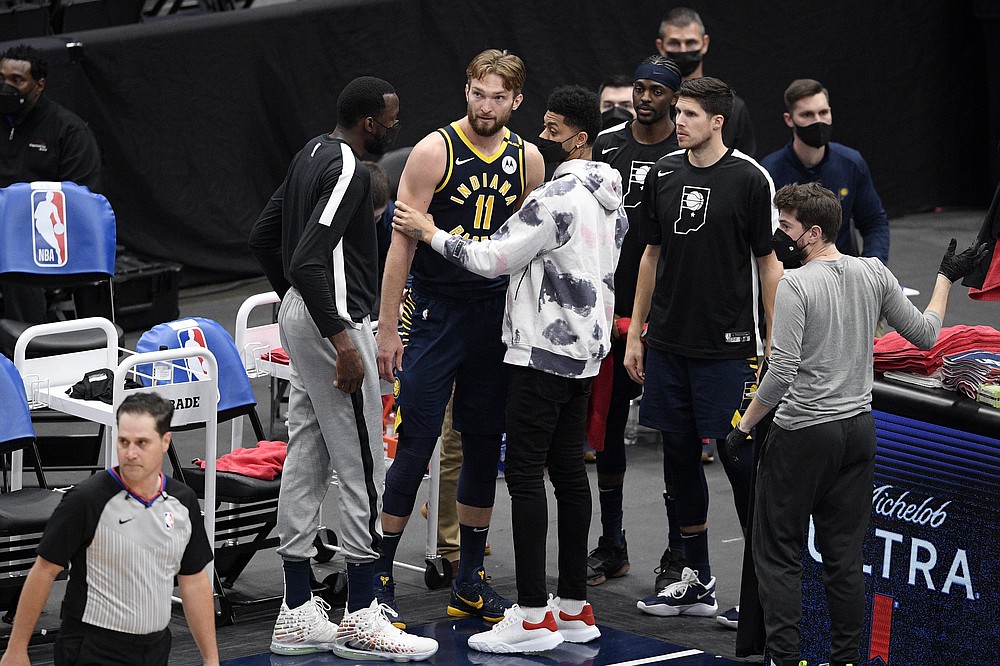 Indiana Pacers forward Domantas Sabonis (11) reacts with teammates in the bench area after fouling out during the second half of the team's NBA basketball Eastern Conference play-in game against the Washington Wizards, Thursday, May 20, 2021, in Washington. (AP Photo/Nick Wass)
ADVERTISEMENT