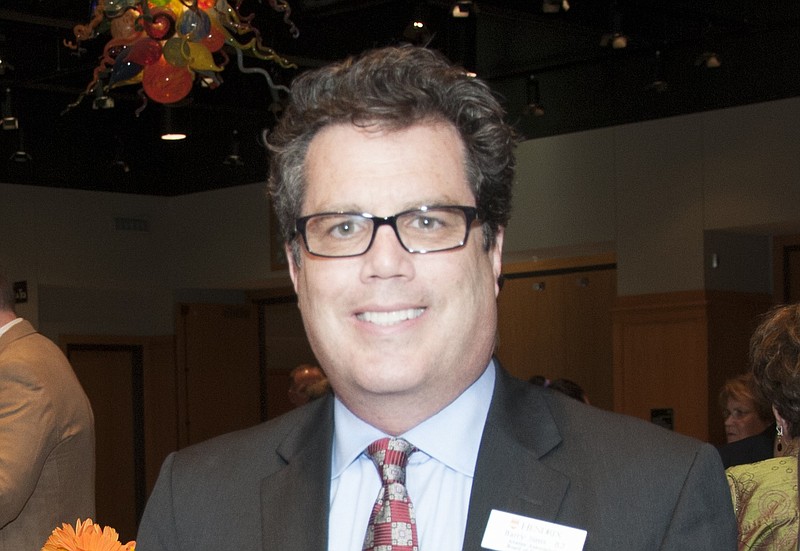 Pulaski County Circuit Judge Barry Sims agreed to accept written sanctions and a monthlong unpaid suspension, which could be expanded to three months, as punishment for being unprofessional toward two public defenders in his court on different occasions.

David Sachar, the head of the Judicial Discipline and Disability Commission, the state's ethics enforcer for judges, announced the penalties Friday.

"The totality of your conduct ... exhibited a disregard for the law, failure to promote confidence and uphold the integrity of the judiciary, and personal behavior that undermined the integrity of the office of circuit judge," a report of the commission's findings state. "You could have fully contested those allegations. You have agreed your actions violated the Code of Judicial Conduct and could have been proven."

Sims, who is about halfway through his 19th year on the bench, will receive his censure in writing. The sanction is defined by the commission as "a declaration that a judge is guilty of misconduct ... a stern rebuke that finds the conduct ... violates a rule of judicial conduct, detrimentally affects the integrity of the judiciary and undermines public confidence in the administration of justice."

The 60-year-old Sims, who was reelected last year, admitted to two complaints against him for violating Judicial Conduct Code canons involving complying with the law, demonstrating impartiality and fairness, and observing decorum and prohibiting bias among others. Under the judge's agreement with the commission, it dismissed four other complaints against him.

Only the Arkansas Supreme Court can suspend a judge, so the commission and Sims, who was represented by attorney John Coulter, must petition the high court to review and endorse the suspension.

Their agreement calls for a three-month unpaid suspension with two months held in abeyance on the condition that Sims attend training on patience or civility before the end of the year, consult a counselor about how to treat professionals that come before him in court and avoid further complaints that result in discipline.

The two complaints against Sims stem from three occasions, involving two public defenders. At an April 15, 2019, hearing, Sims was "impatient, discourteous and rude" to an unnamed public defender. According to the report, Sims left the bench while the public defender was questioning a witness and refused to hear her response to a prosecution objection.

At a May 21, 2019, jury trial, Sims made statements about the way the attorney was conducting the jury selection process, known as voir dire, and questioned her defense strategy for her client, who was acquitted.

"Your comments and demeanor were inappropriate [and] rose to the level of undignified treatment of an attorney in your court," the report states.

The third event was an Oct. 21, 2019, hearing in which Sims accused another public defender of reporting him to the judicial discipline commission and questioned whether she would file another complaint if he did not accept a plea agreement for her client. The attorney had never reported Sims, and the commission found Sims' "words, tone and demeanor were intimidating and improper."

"The inquiry of someone you suspected had assisted or cooperated with the investigation could have caused others to believe that you were going to retaliate ... against actual and potential complainants," the report states.

The commission's findings do not name the attorneys, but court filings show them to be Colleen Barnhill Kordsmeier and Maryann Furrer.

The commission's findings further note that Sims received a written admonishment in 2009 for helping prosecutors secure the testimony of a witness, who had been a defendant in his court, in a robbery case.